Your home's water system is an integral part of everyday life. Pipes freezing and bursting is one of the worst experiences a homeowner can go through. PEX pipes are a great choice for running many of your home's plumbing. But do these pipes freeze? And if they freeze, will they burst? Well, luckily for you, we've done the research and have the answer for you.

PEX pipes, just like any pipe, can freeze when the temperature drops too low. Because the pipes are designed to be flexible, PEX has the ability to expand. Although it is still possible for them to burst, this means PEX pipes are less likely to rupture after freezing.

Now that you know PEX pipes can freeze and burst, continue reading below to find out more about PEX pipes, how to keep them from freezing, if insulation is needed, and how to repair your PEX pipes if a burst happens. 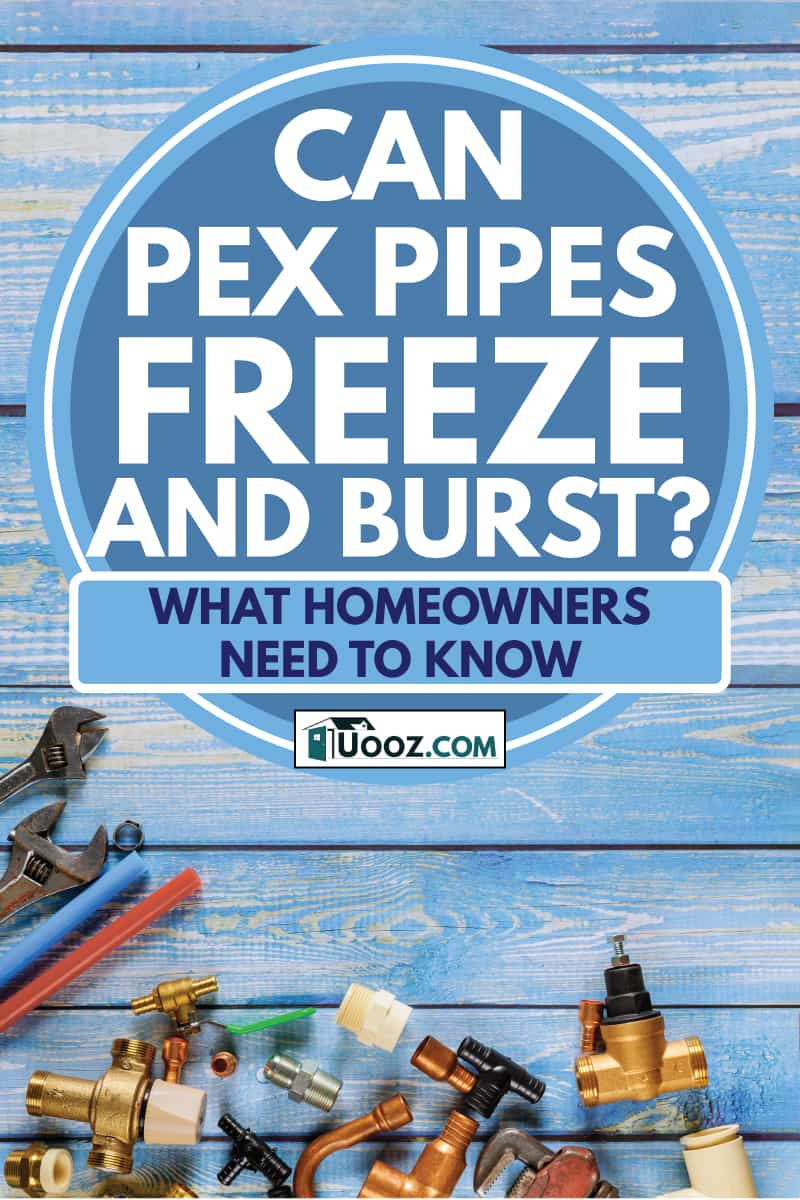 PEX pipes are a cross-linked polyethylene pipe. Made with special polymers, PEX pipes are designed to have a great deal of flexibility compared to starter pipes, such as copper or PVC. The flexibility helps if your water lines happen to freeze. When water freezes, it expands. And luckily PEX pipes will expand as well, at least to an extent. Rupturing can happen if the water in your lines freezes, but it is less likely to cause damage to your PEX pipes compared to copper or PVC pipes freezing.

How To Keep PEX Pipes From Freezing

There are different ways to keep your PEX pipes from freezing. Different methods also vary depending on what your pipes are used for and where they are located.

The best thing you can do to prevent underground water lines from freezing, whether the pipes are PEX or anything else, is to make sure that your lines are buried below the frost line. Click here to check your frost line depth with the National Weather Service website. This helps prevent the freezing temperatures from reaching your water lines. If you are unable to dig below the frost line or want added protection against freezing, proper insulation techniques should be used to protect your PEX pipes from freezing.

PEX Pipes In The Home

PEX pipes used inside the garage or house can also be at risk of freezing, depending on the temperature of your house and the location of the pipes. Pipes in the garage or basement will need to be insulated to help from freezing, unless these spaces are adequately heated. PEX pipes used in the kitchen and bathroom are generally at low risk of freezing.

Drafty homes and homes with poor insulation are more susceptible to having indoor plumbing freezes. Opening your kitchen and bathroom cabinets will help to warm the pipes that may be behind them. Keeping your faucets on a drip instead of completely off will help keep the water flowing and help prevent the PEX pipes from freezing.

Do PEX Pipes Need To Be Insulated?

Whether or not your PEX pipes need to be insulated depends on your climate. Anyone who lives in an area that receives freezing temperatures should insulate their PEX pipes. People who live in warmer climates, like southern Florida, do not need to worry about insulating.

Depending on your climate, you may or may not need to insulate your indoor PEX pipes. Pipes in uninsulated areas of your home, such as a basement, crawl space, or garage, should be insulated. If your home is older and drafty, you may consider insulating all of your home's pipes. Kitchen and bathroom sink pipes can sometimes freeze, usually because the pipes are located behind cabinets and near an exterior wall.

Insulation would work well to prevent freezing from happening. Foam pipe insulation works best for indoor PEX pipes. Make sure to seal the foam insulation by using insulation tape. This will keep heat trapped around the pipe.

Check out this PEX pipe insulation on Amazon.

Insulation For Outside PEX Pipes

Insulating outdoor PEX Pipes can be a little tougher than indoor pipes. If these are new lines being installed, make sure to add insulation before burying your PEX pipes. If you need to insulate underground PEX pipes that are already buried, start by digging them up, but be careful not to rupture your pipes. Insulating the underground lines can be done in one of two ways.

Although this option is considered to have better protection against freezing temperatures, it may not be a viable option if you need to insulate existing PEX pipe lines. Watertight insulating works by feeding your water line through a larger pipe and filling it with insulation.

Because you are running your waterline through another pipe system, such as PVC, this will keep it watertight and your insulation inside will last longer. If your underground lines are already in place, make sure to turn your water connections off before detaching the PEX pipes. This type of insulation is easier to install on new PEX pipe underground lines.

This may be a more viable option if you cannot disconnect your PEX pipe lines. To install this type of insulation, you will want to begin by digging a trench around your pipeline. Make sure to dig 3 inches below the pipe. Then, add 3 inches of gravel. This will help drain groundwater away from your lines and insulation. Next, line your trench with heavy plastic sheeting. Cut foam board insulation into strips. The foam board will be placed all around the water line. You will want 4 inches of insulation around the whole line. Next, wrap your plastic sheeting around the water line and insulation and tape them tightly together. Lastly, fill in your trench with soil.

How To Repair PEX Tubing?

If your PEX pipe does burst and is in need of a repair, don't worry, it's easy to do with the right tools.

If the project seems too daunting, please don't hesitate to contact a professional.

Check out these PEX repair tools on Amazon.

Freezing and bursting pipes is among any homeowner's nightmares. But, with proper insulation, your PEX pipes will stay warm and flowing. Always make sure to bury underground lines below the frost line and have a tight seal on your insulation. If ever you're in doubt about PEX pipe insulation or repair, make sure to call a professional.

Before you go, make sure to check out these other great articles to help you with your home's pipes and water system:

What Is The Best Pipe To Use For Underground Water Line?

Can Plumbing Be On Exterior Wall?

How Long Do Copper Pipes Last And When To Replace Them?

Do You Tip Floor Installers And Refinishers (And How Much)?

Where To Place A Sectional In A Small Living Room

Should You Oil Wood Before Staining Or Varnishing?

Should Pocket Doors Be Solid Or Hollow?

Should You Seal Floor Grout? [Breakdown By Room And Type Of Grout]