Skip to content
The current rise in older home restorations has brought forth people who are discovering copper plumbing nestled in the walls and basements of their vintage properties.  If you are one of those people, you may be wondering about your copper pipes.  How long do copper pipes last?  When do you need to replace them?  We have done the homework for you so let's explore the world of copper pipes and plumbing.

On average, you can expect copper pipes to last between 20-30 years before you may see problems such as pinhole leaks, surface pitting, and corrosion.  The life expectancy of copper pipes depends on -

The most common areas that you may find problems are where joints and seams were soldered together when the original plumber installed the system years prior or where valves are tied into the system.

Be sure to evaluate how clear the water looks as it comes out of the faucet.  Any discoloration (cloudy, green, yellow, or brown) could be a sign of corrosion on the inside of the pipes. 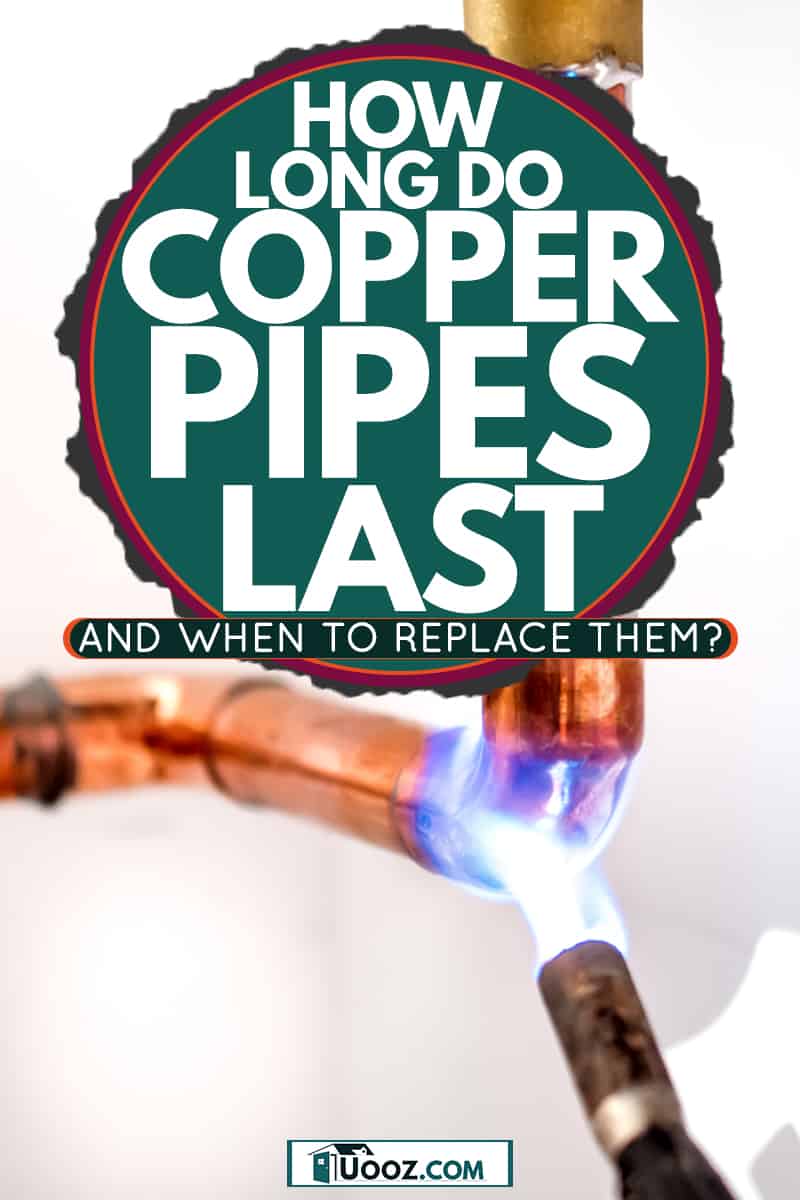 A Brief History of Copper Pipes

The history of using Copper as a means to deliver water or to funnel away waste has been dated back to the Ancient Egyptians at around 2400 B.C.  It was used sporadically throughout history across Mesopotamia, having been adopted by the Romans and outlying areas, as they were searching for better plumbing systems during the plague.

Copper pipes became a standard in residential buildings in The United States following World War II, where they replaced galvanized iron which had been used from the late 1800s to the 1960s. With the current rise in older home restorations,  encountering copper pipes and plumbing is fairly commonplace.  So you may find yourself asking which type of pipe is better...copper, PVC, or PEX?

Which is better - copper or plastic pipes?

Can you mix copper and plastic-based pipes?

You may be surprised to learn that yes, in fact, you can join copper piping with both PEX and PVC piping.  The easiest way to do so is to use an adapter.  With a Copper to PEX adapter, one end is female and the opposite end is male.

By soldering the female fitting end of the adapter onto the copper pipe, you can then screw the plastic pipe onto the opposite male end of the adapter.  Although, new products out on the market allow the transition from copper to plastic-based pipes without the need to solder.  They simply push into place.

Can you connect a copper pipe to a PVC pipe?

As with PEX, you can also join Copper pipe to PVC pipe.  There is a Copper to PVC adapter available on the market.  It is relatively easy to install into your plumbing system.  The female end of the adapter is soldered in place on the Copper pipe side. You then screw in a male threaded plastic fitting and glue your length of PVC pipe into the male side.

When did they stop using Copper pipes in house construction?

Interestingly enough, building contractors and city agents have never stopped using copper pipes in construction.  There was a change in market offerings from the late 1980s into the 1990s with the development of plastic products.

PVC was offered as a more economical option than copper piping.  The Copper Development Association, Inc. (a member of the Copper Alliance) reported that the copper market slipped from 75 percent in the mid-1970s to 50 percent by the year 2000.

While PVC and plastic piping did offer a more economical alternative, they pointed out that alternatives to copper did not have the longevity and reliability that builders and city water departments had hoped for.

Beginning in the mid-2000s, builders and city architects started re-evaluating the products that they had been using because of reported widespread leaks to plastic systems. The stress of supply and demand on city systems and residential developments jumped considerably causing a shift in the types of systems they would be installing.

Professionals are now looking at cost-effectiveness over the long term instead of cost-effectiveness in the immediate short term.  At present, roughly 80% of all new construction is installing copper systems in some form or part.

What types of pipes do plumbers use?

The types of pipes plumbers use tends to differ from job to job.  Here is a brief description of the 7 different kinds of pipes used most commonly by today's plumbers:

At present, copper piping is considered an industry standard by professional plumbers and general contractors everywhere.  The copper plumbing system of your structure certainly does affect its market value should you ever decide to sell your property.

Copper pipes also do not lend to certain toxins that you may encounter with other types of plumbing pipes.  The most attractive benefit of using copper piping is its resilience and longevity.  With having a lifespan of 20-30 years (and in some instances) with an occasional 50-year expectancy, copper is certainly something to consider.

It is important to remember to test your water supply regularly and have your system serviced by a licensed professional.  By doing so, you can help to ensure that your copper pipes will be operating at an optimal level for years to come.

How To Clean Toilet Siphons

How To Close A Garage Door Manually

How To Install Range Hood Without Cabinet

Should You Paint Crown Molding Before Installation?

Can You Wait Too Long Between Coats of Paint?

Does A Floor Buffer Remove Scratches?