It can be confusing to differentiate Lag screws from Lag bolts. If you're confused about the difference between a lag screw and a lag bolt, we have researched this topic for your convenience. Here's what we found below!

Essentially, there's no distinction between these two terms in usage. In both cases, the lag screw and lag bolt function the same. Although technically, it is more adept at describing lags as screws rather than bolts.

In the following sections, we'll discuss the difference between a bolt and a screw, how a lag bolt/screw functions, and why a lag screw is a technically correct term. We'll also share the types of lag screws and where they are typically used, so keep reading!

What Do You Use A Lag Screw For?

You often use lag screws to connect heavy lumber or other materials that support a significant weight. 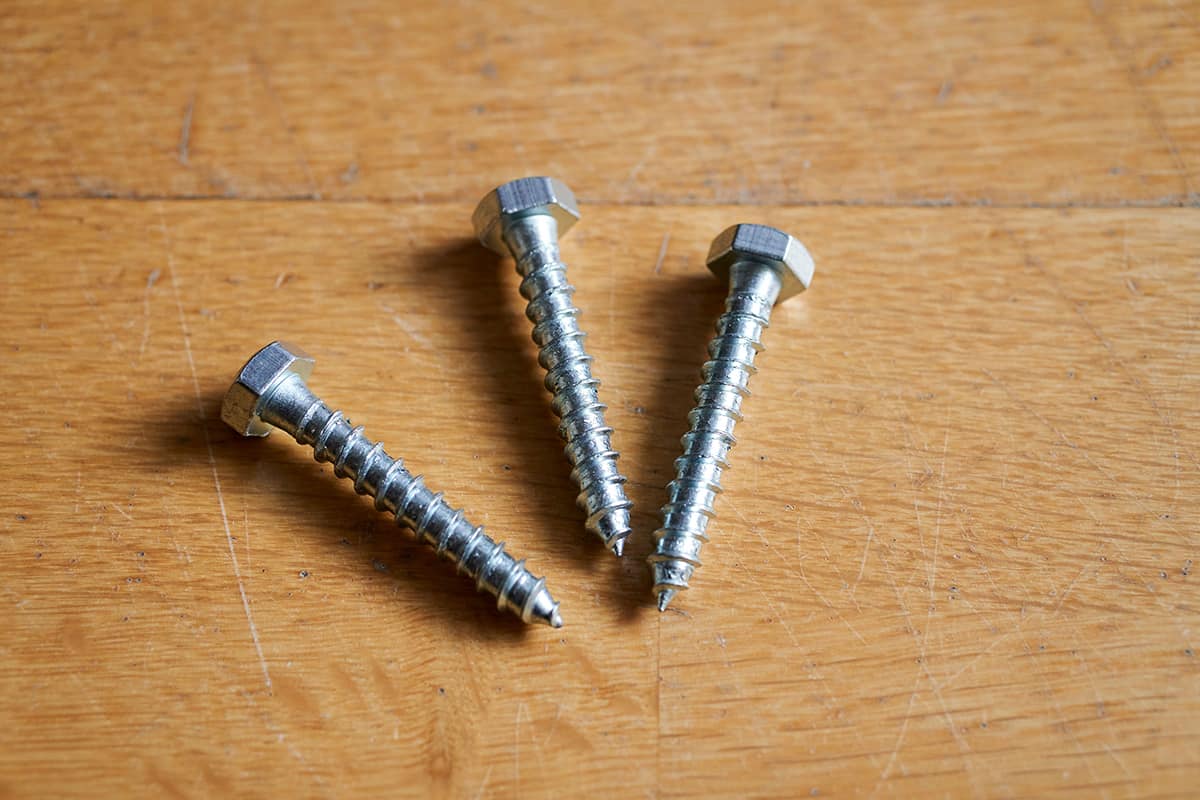 These screws are often found on certain parts of your house, such as porch swings, patios, entertainment areas, decks, roof beams, and your structure's general framing.

You can use lag screws to fasten decking panels to the ground and connect the structural members to the panels. Additionally, the strength of a roof beam is crucial to a building's structural integrity.

To give a roof the necessary strength, lag screws are frequently employed.

You can also use them in your home's structural framing, which could involve installing joists, joining a patio, or even building stud walls.

What Do Lag Screws Differ From Other Screw Types? 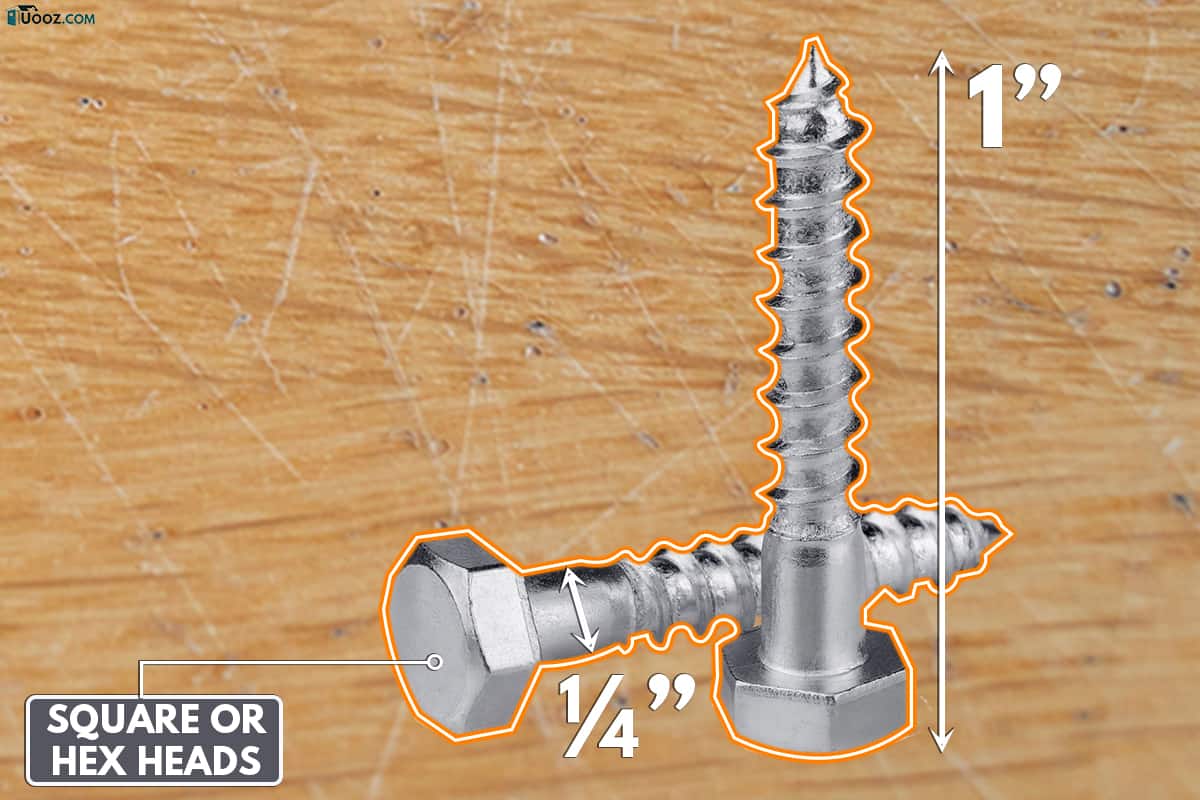 Compared to other screws, lag screws are unique. They are bigger in comparison to the majority of common screws. Typically, the minimum length of a lag screw is 1" with a thickness of 1/4".

Additionally, drilling pilot holes is necessary to prevent splitting the wood or damaging the screw. This is also to make the installation simpler and faster.

Comparatively, other screws have a variety of head types, but lag screws only have square or hex heads. This is because lag screws require high torque. You should use ratchets or nut drivers to drive in lag screws.

How To Properly Install A Lag Screw 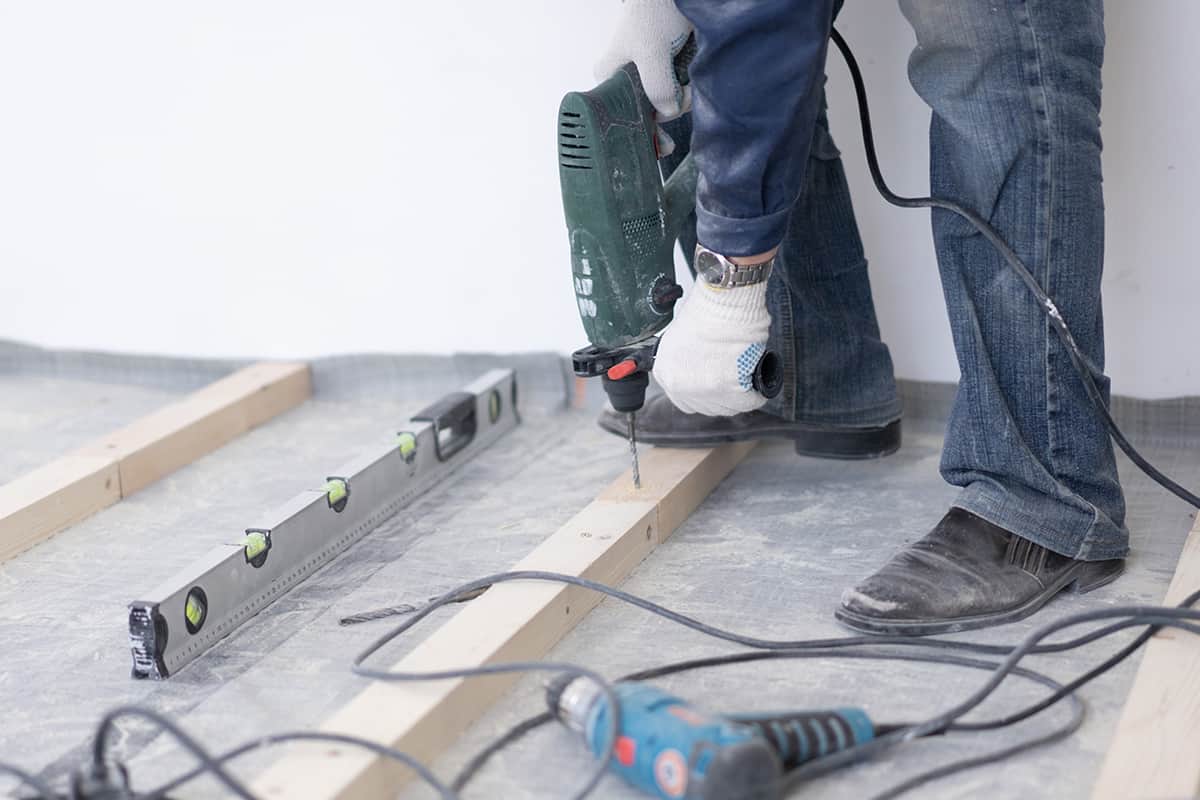 One additional tip, it is advisable to install a lag screw all at once. Doing this, the screw won't wiggle around too much and avoids splitting the material.

Bolt Vs. Screw: What's The Difference?

In this section, we'll compare the differences between a bolt and a screw in terms of the fastening method, thread pattern & shape, strength, and cost.

The most apparent difference between a bolt and a screw is how they should be installed.

Bolts are usually partnered with a nut and washer. They are installed by pushing them through the material, instead of being hole-tapped, and then locked with a nut at the back.

You need to use a wrench or spanner to tighten the nut to the bolt.

On the other hand, screws are typically placed into tapped holes. There are also self-tapping screws that produce their thread.

Screwdrivers are the most commonly used tool to drive screws to holes and tighten them. However, power drills are also used to drill pilot holes. Nuts are not necessary if you use screws.

In terms of holding power, bolts offer the strongest gripping force compared to other fasteners.

Aside from the threads and nuts holding them in place, the washer also aids in distributing the load over a broader surface area, making them less prone to wear and tear and lessening the possibility of the bolts loosening over time.

Bolts are more expensive than screws because of the nuts and bolts sold with them. Of course, bolts use more metals in their production. They also take up a little more room in storage, which impacts the cost.

Why Do You Call It A Lag Screw?

From the definition of a bolt and a screw mentioned in the previous section, the technically correct term would be a lag screw.

What Are The Different Types Of Lag Screws? 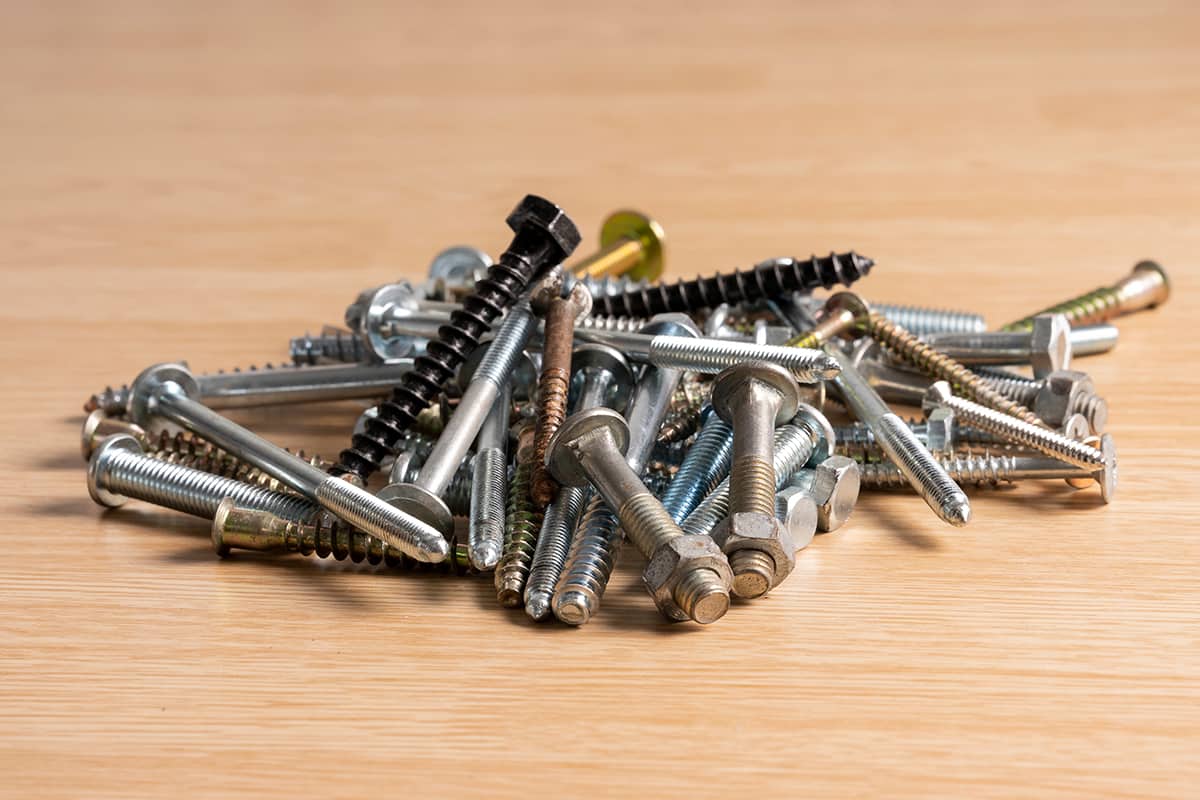 Lag screws are available in a wide range of diameters and forms. There are different types of lag screws based on their head shapes and coatings.

Based On Head Shapes

These are the most popular and least expensive types of lag screws. They are excellent for pressure-treated lumber and outdoor use because of their corrosion resistance.

Because of the strength of this type of lag screw, they are among the most widely used.

These are frequently used in outdoor and marine applications such as the development of docks and oceanfront areas.

This copper alloy, used in constructing wooden boats, is stronger and more corrosion-resistant than brass.

These screws are nonetheless quite effective in fastening materials, despite bronze's softer nature compared to stainless steel.

How Strong Are Lag Screws?

The screw is stronger and can withstand greater weight when it has a wider diameter- up to 9 times more weight on wood than a standard nail. However, consulting with a qualified expert is imperative before beginning any structural work.

Additionally, a 5/16" diameter lag screw can support a 212 to 307 pounds load, depending on the type of wood it's fastened to.

Are Structural Screws A Better Alternative To Lag Screws? 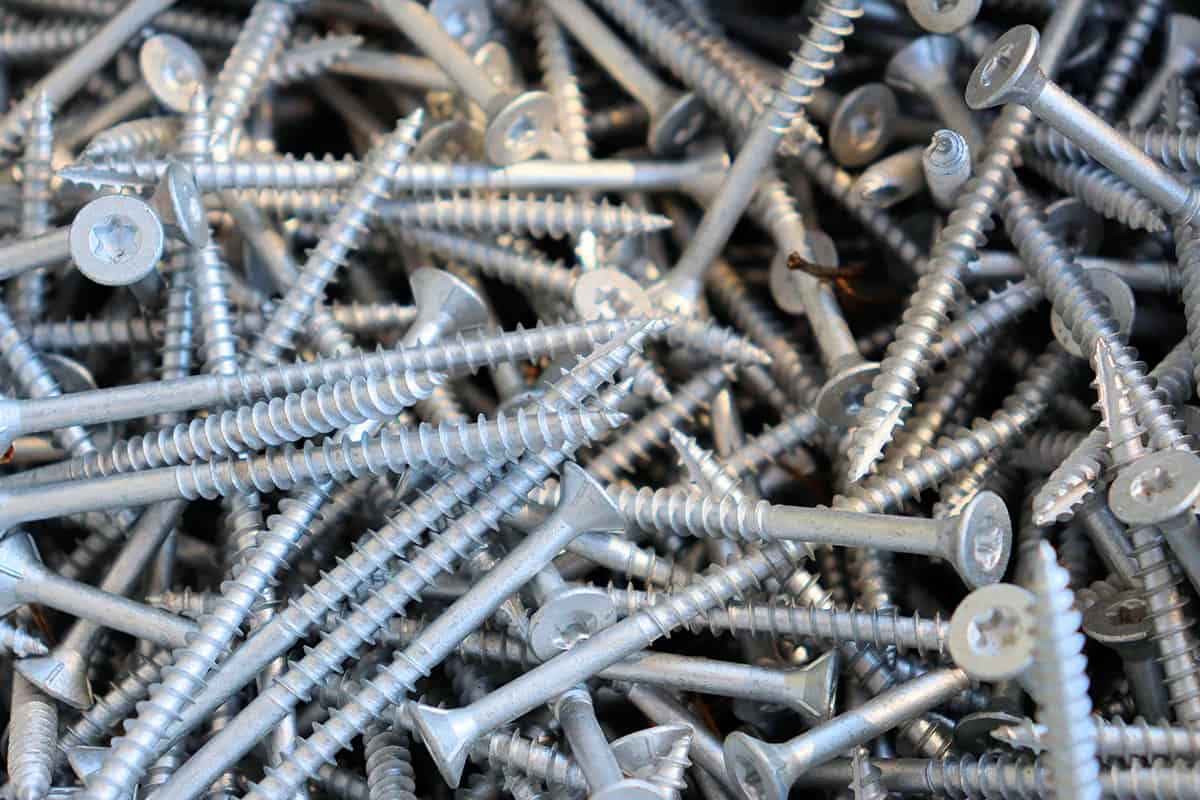 Yes, they are. Lag screws are widely used because of their adaptability and availability. But structural screws are steadily and gradually taking their place.

These are some reasons why structural screws can be an alternative to lag screws:

Get this product on Amazon.

Despite their apparent advantages, structural screws have a few drawbacks: cost and limited availability.

The choice of structural screws is another problem. Although vendors frequently offer an extensive range of sizes, they could only have one or two types of screws, which might be excessively restrictive.

Don't be confused about whether to use the term lag bolt or lag screw. These terms essentially refer to the same thing. However, the more technically correct term is a 'lag screw.'

To know the difference between a bolt and a screw, the most obvious thing to look at is the thread pattern and shape.

Most times, the thread of bolts doesn't go all the way up to its head, unlike screws. Additionally, the thread shape of bolts is spiral, while that of a screw is helical.

While we have your attention, check out these related screw posts!

How Many Screws Per Deck Board [And Deck Baluster]

How To Use DeWalt Stud Finder [Step-By-Step Guide]

How Often Does A Landlord Have To Replace Carpet In Florida?

Water Not Coming Out Of Ac Drain Pipe – Why And What To Do?

How Thick Should Vinyl Siding Be?

How To Bend Aluminum Fascia Without A Brake

How to Fill The Gap Between Door Trim And Wall?