You have just found the perfect spot to hang a painting or install a wall-mounted fixture or an electrical outlet. The first step is to locate the studs. We researched to provide you with a guide, including more relevant information you may need.

You can use an electronic straight-line stud finder to look for the studs behind the drywall. Below is a step-by-step guide:

Keep reading as we guide you step-by-step on how to find a stud behind the drywall. We have provided tips on how to use the stud finder correctly. Included, are common problems that occur in a stud finder and how to troubleshoot. In addition, a comparison is made with a magnetic stud finder. Lastly, you'll understand why it may be necessary to use a stud finder in contrast to other traditional methods. 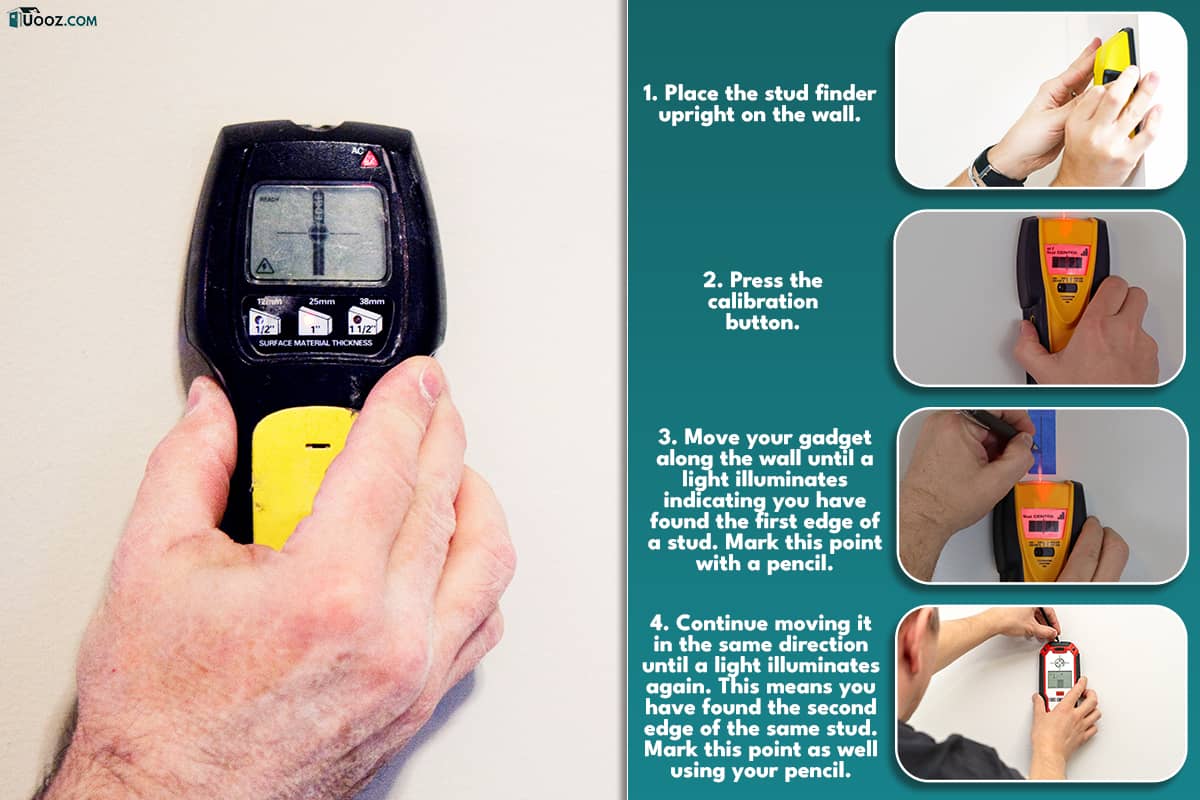 Before we learn how to use a straight-line stud finder, it’s good to know the available types. They include the following:

As the name suggests, magnetic stud finders have magnets in them. They help find a stud by getting stuck on the part of the drywall that has a screw in it. It is assumed or expected that screws connect the drywall to the studs.

There are stud finding apps that you can download on a smartphone. They work by detecting screws using your phone’s magnetometer, a sensor that measures the magnetic field.

Electronic stud finders require batteries to operate. They pick up the denser parts of the drywall. In this post, we shall discuss how this type of electronic finder works.

How Do You Find Studs Using An Electronic Line Stud Finder? 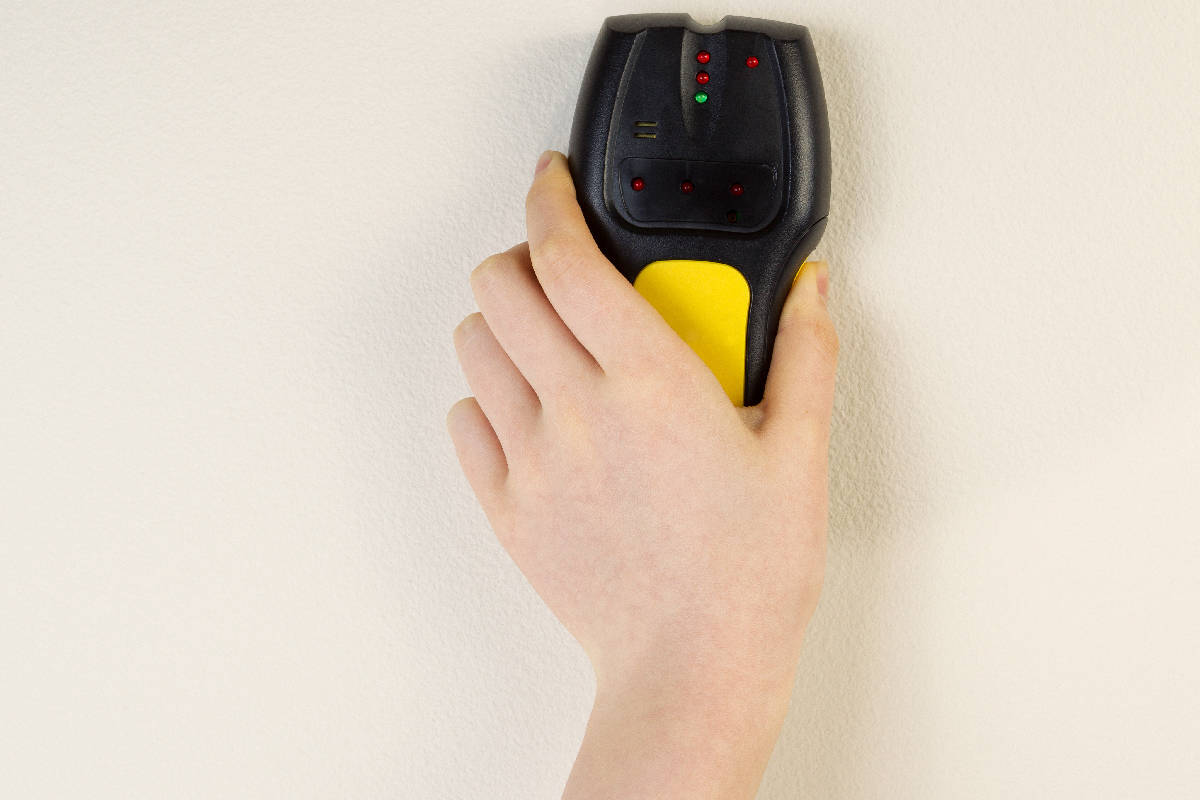 You can find this electronic stud finder on Amazon.

You can use an electronic line stud finder by following the detailed guide below:

Have a look at the video below explaining the steps above in detail:

Making The Most Of Your Stud Finder 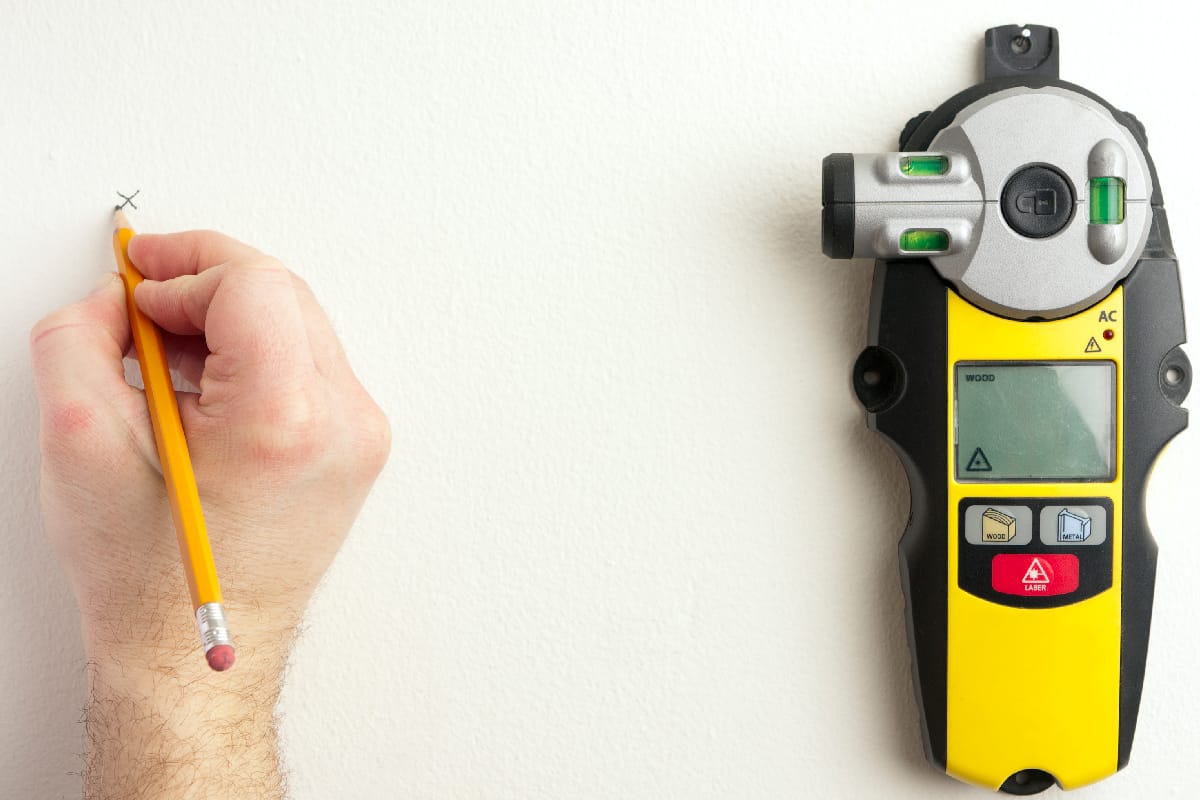 As with any other tool, you will not achieve your desired results if you don't use it correctly. Therefore we have provided tips on how to use a stud finder for maximum benefit:

How To Troubleshoot Your Electronic Stud Finder

As simple as the stud finder looks, it can malfunction because of several reasons. Below are some solutions to problems you may experience with your stud finder and how to troubleshoot:

This should be the first step to finding out why your stud finder is not working. It could be your battery has expired, or you are using batteries that do not last long. 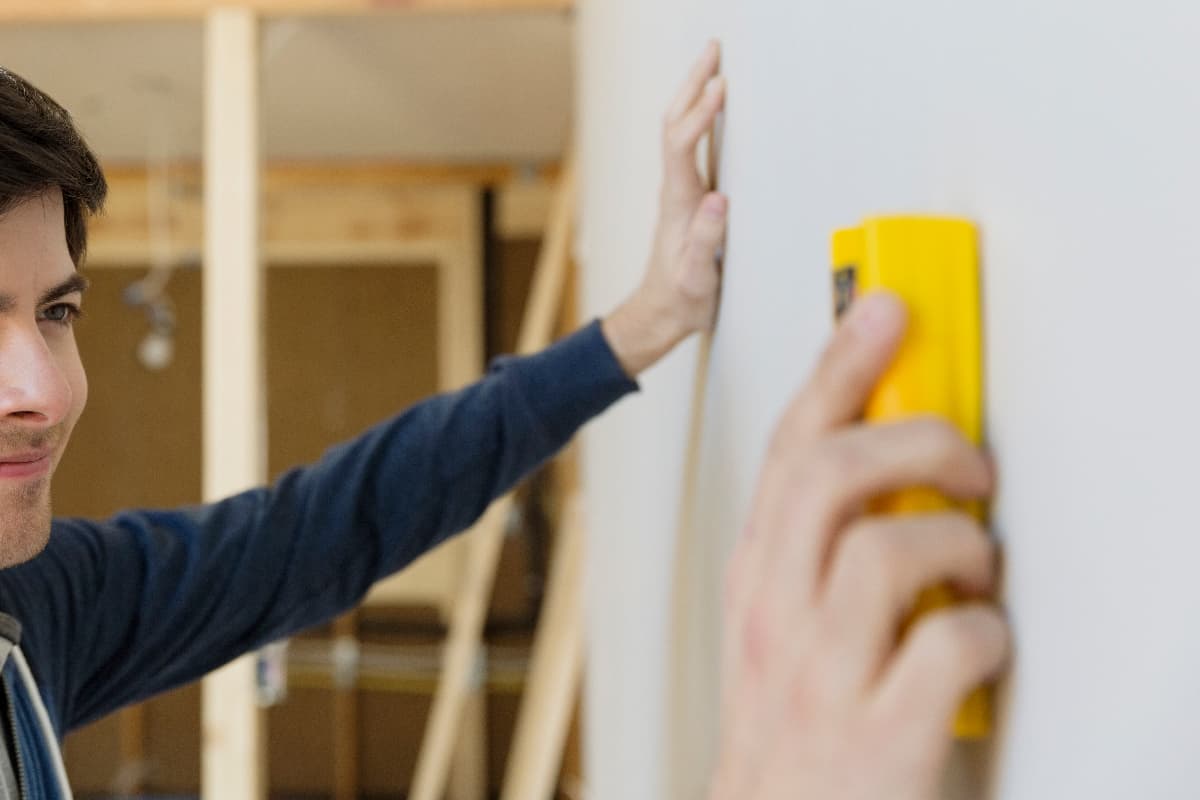 Your stud finder can malfunction if you press the calibration button before placing it on the wall. If you do this, the stud finder will set itself to locate the density of thin air, instead of the dense parts of the wall.

To correct this issue, place your gadget on the wall, and press the button. It will calibrate so that it can pick out the studs.

If you did not determine your stud finder before using it, you could get some errors. Find out if yours locates the edges or centers of the studs. You may end up marking the edge of a stud when in fact it is the center of the stud.

Pros And Cons Of An Electronic Stud Finder?

Check out this magnetic stud finder on Amazon.

Is It Necessary To Use A Stud Finder? 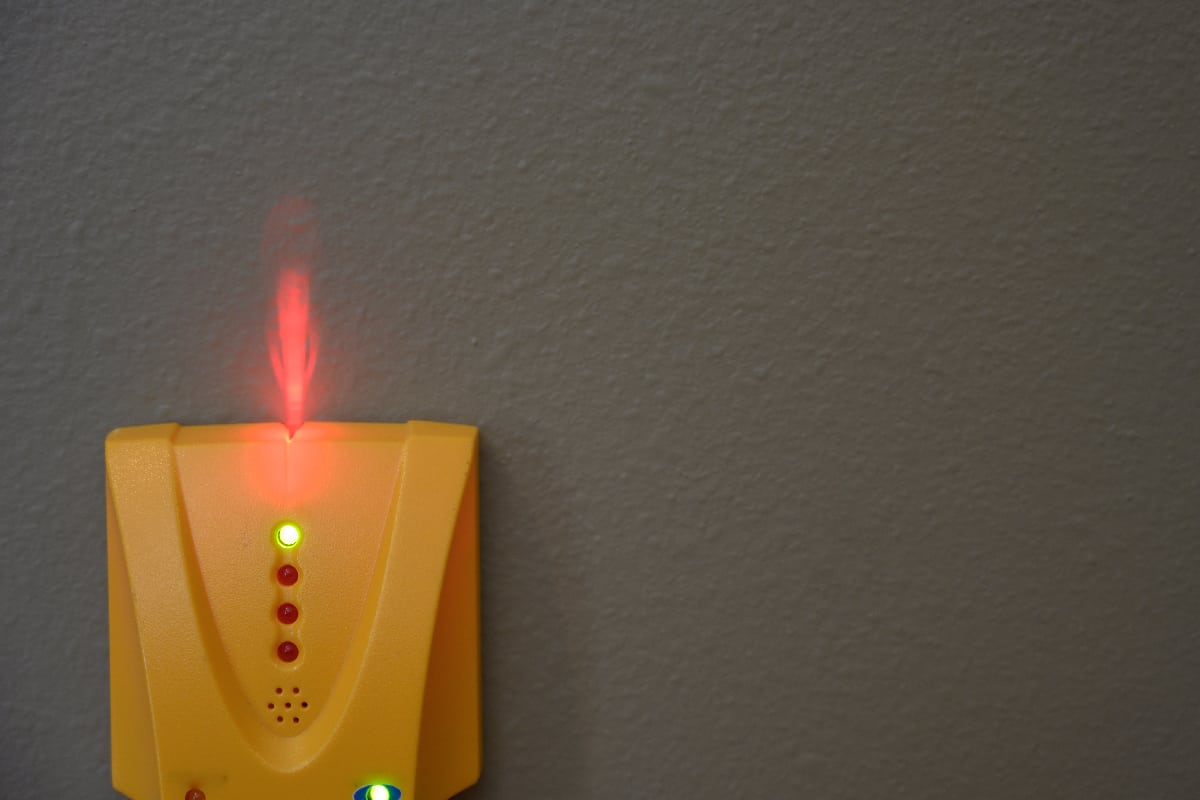 If you don’t have a stud finder, you can still use other traditional methods which may not be worth it. For example, you can tap the drywall, and listen out for sounds. The area that produces a solid sound has studs behind the wall. Or you can use a flashlight to check for dimples, which indicate the studs are there.

These methods are not exactly reliable, though there are experts who can use them and find the studs.

However, it's good to avoid making any mistakes, or you might mess up big time. For example, if you hang a heavy painting on your drywall instead of on a stud, the screws can fall out slowly due to the weight. Eventually, the painting may fall, damaging it.

An electronic straight-line stud finder is an essential gadget that is necessary to have in your home. Correctly using a stud finder is the only way to make the most out of it, and if it stops working, you can troubleshoot using the methods discussed herein.

Below are more of our previous posts about studs and stud finders:

How Much Weight Can Studs Hold

How To Find Ceiling Joists In Garage

Can An Attic Door Open By Itself?

Craftsman Lawn Mower Won’t Start – What To Do

How To Use Wood Filler Before Painting

How To Stop Rain From Overshooting The Gutter?

Can You Use Chalk Paint On Walls