The sight of termites, bed bugs, roaches, and other unwanted insects in your home can leave your skin crawling. But, how many bug bombs should be used in each room to help eradicate pests? We researched expert suggestions about using bug bombs successfully to get troublesome bugs out of your home. Learn tips about safely detonating and removing bug bombs, sufficient ventilation afterward, and keeping a bug-free abode.

Most experts suggest using only one bug bomb per room, as using too many bombs can create hazards. A room measuring 25 x 25 feet in size can be treated with a 6-ounce bug bomb. It is vital to read the directions on the bug bomb before setting it off in a room. Make sure enough time passes for the bomb to fumigate the space and ventilate the area before resuming normal activities.

Don't feel lost about how to use bug bombs to chase out troublesome insect infestations. Continue reading to learn how to safely and successfully use bug bombs. 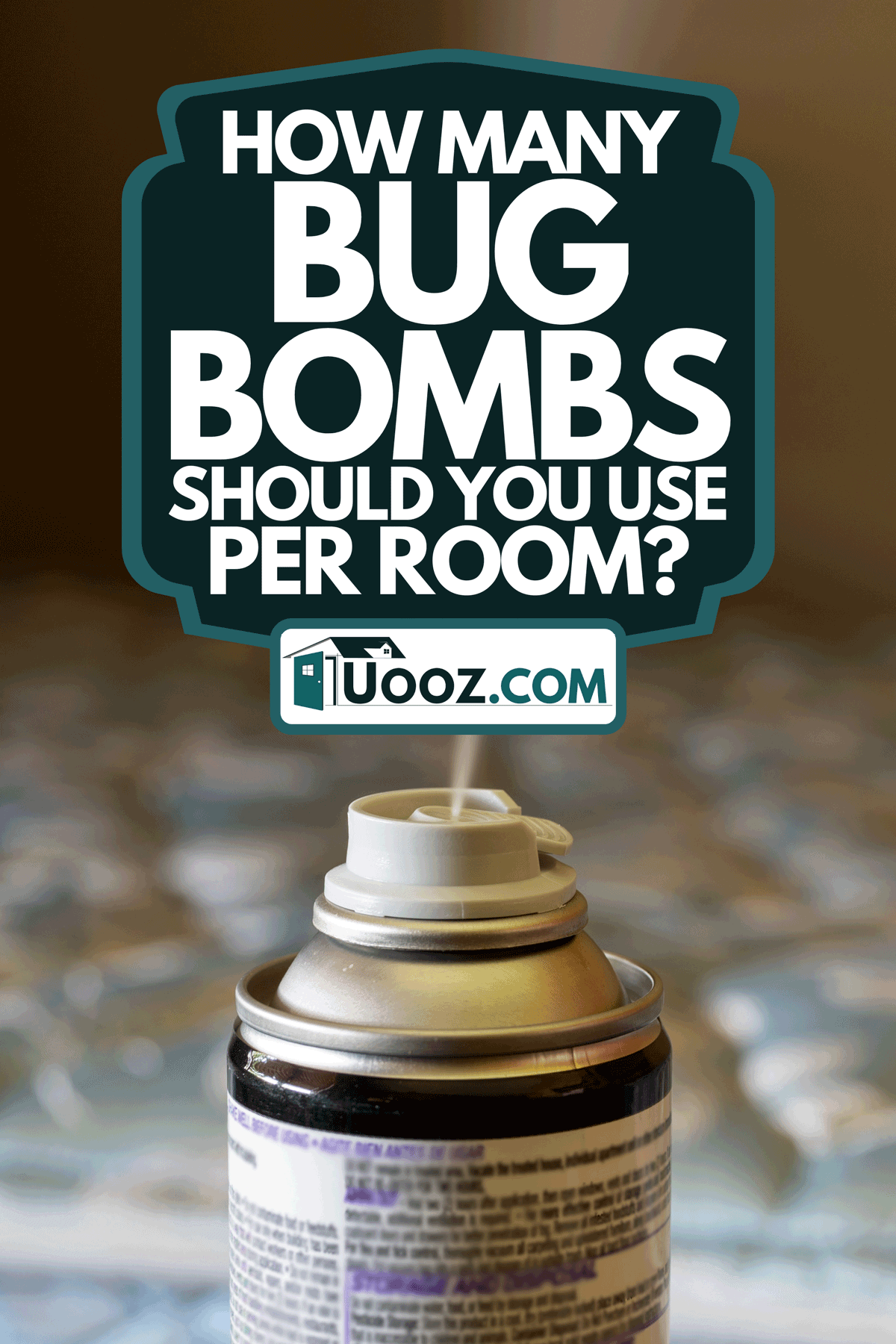 Getting rid of pests like termites and roaches may require the use of a bug bomb. It is essential to read over instructions carefully to ensure the proper application of insecticides and clearing your home of pests.

Check how many bombs you will need to cover the square footage in your home. Remove items like toys, dishes, food, pet food, and plants before setting off bombs.

You will also want to ensure that bombs or foggers will not be anywhere near an open flame and unplug electrical devices before fumigation. There is a possible risk of fire or explosion, especially if you use too many bombs.

In some cases, you may have to hire a professional exterminator to eradicate bugs if a bomb fails to eliminate problems. Also, realize there are potential risks from the improper use of bug bombs or possible bad reactions for humans and pets.

Consider the following reactions from contact with the chemicals inside foggers or bug bombs:

It is integral to give bombs enough time to release inside your home and wait until the suggested elapsed time before reentering. Also, make sure that you give your rooms enough time to ventilate to avoid breathing in particulates of the insecticide.

You might also want to wipe down items that have been exposed, especially if they will have contact with babies, young children, and pets. Discard any food that may have been exposed to foggers. 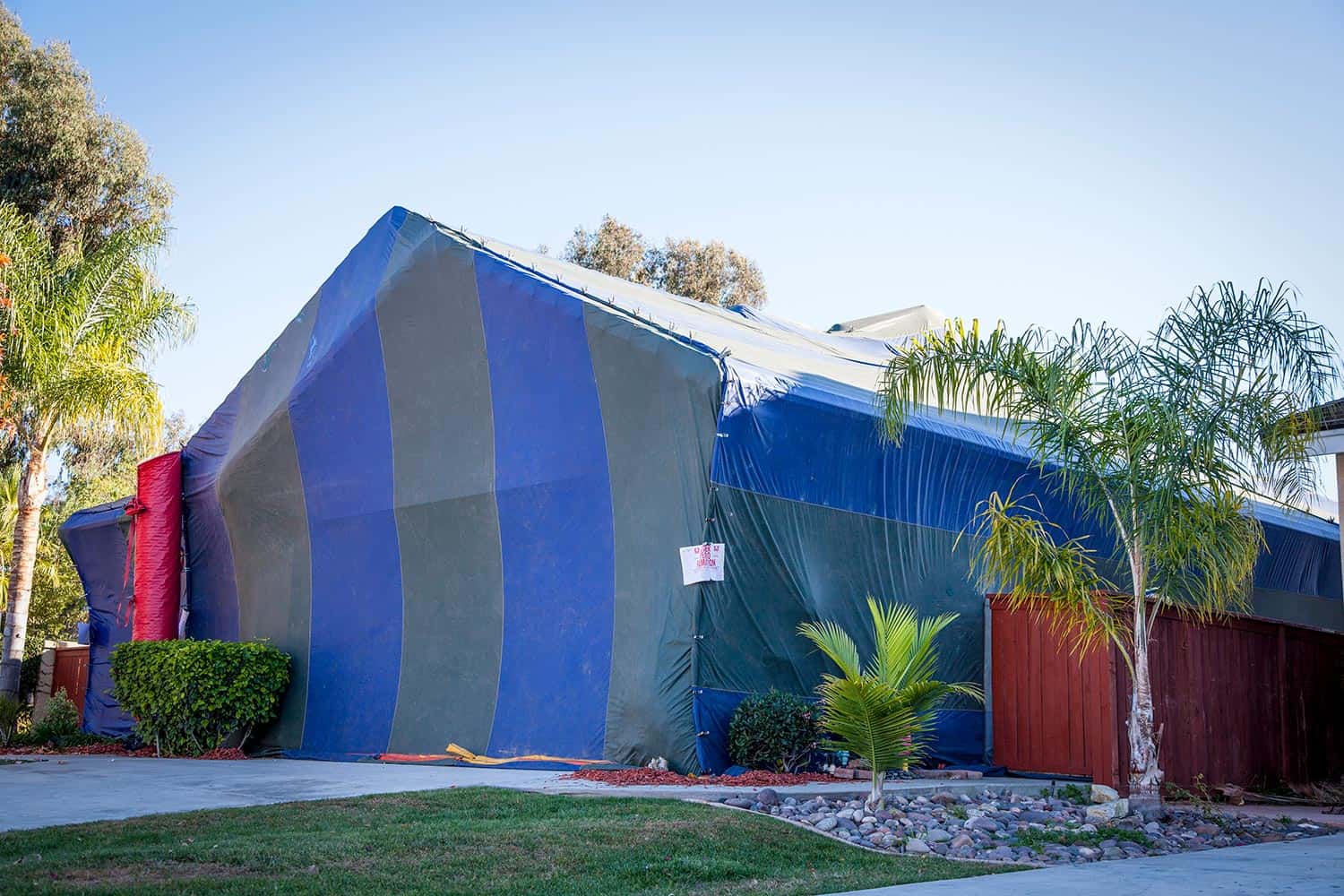 How Many Bug Bombs Do I Need?

It may seem a good idea to use more than one bomb per room. However, using too many bug bombs can risk setting off an explosion or fire. Ideally, you want to have a fogger or bug bomb for every 500 square feet.

The slow release of the insecticide inside will penetrate hard-to-reach areas where insects may hide or frequent. Most bomb instructions suggest avoiding using more than one canister per room.

Using too many bug bombs could result in experiencing itchy skin, irritated throat, nose, or a bad reaction to an excess of chemicals. Please make sure to calculate the square footage of your space, especially with smaller apartments, and use one bomb per room.

Check out this bomb for bed bugs and fleas on Amazon.

What To Cover When Bug Bombing?

It is important to cover up specific items that should not be exposed to insecticides released from bug bombing.

Hidden to the naked eye, particulates on the surface of food, toys, and other items can be harmful to human and animal health. Make sure to remove food, plants, dishes, and toys before bombing.

Here is a handy list of items and appliances that should be covered and handled accordingly before setting off bug bombs:

If needed, unplug all electric appliances. Cover anything you wish to protect before using a bug bomb. You can cover up items that need protecting with a plastic tarp, large sheet, or newspapers in a pinch.

Make sure that anything that is at risk of being damaged from the bug bomb is covered, including carpeted flooring. Wipe down and wash down exposed items to prevent irritation, contamination, or potential health hazards following the use of a bug bomb.

How Long Should You Stay Out Of The House After A Bug Bomb? 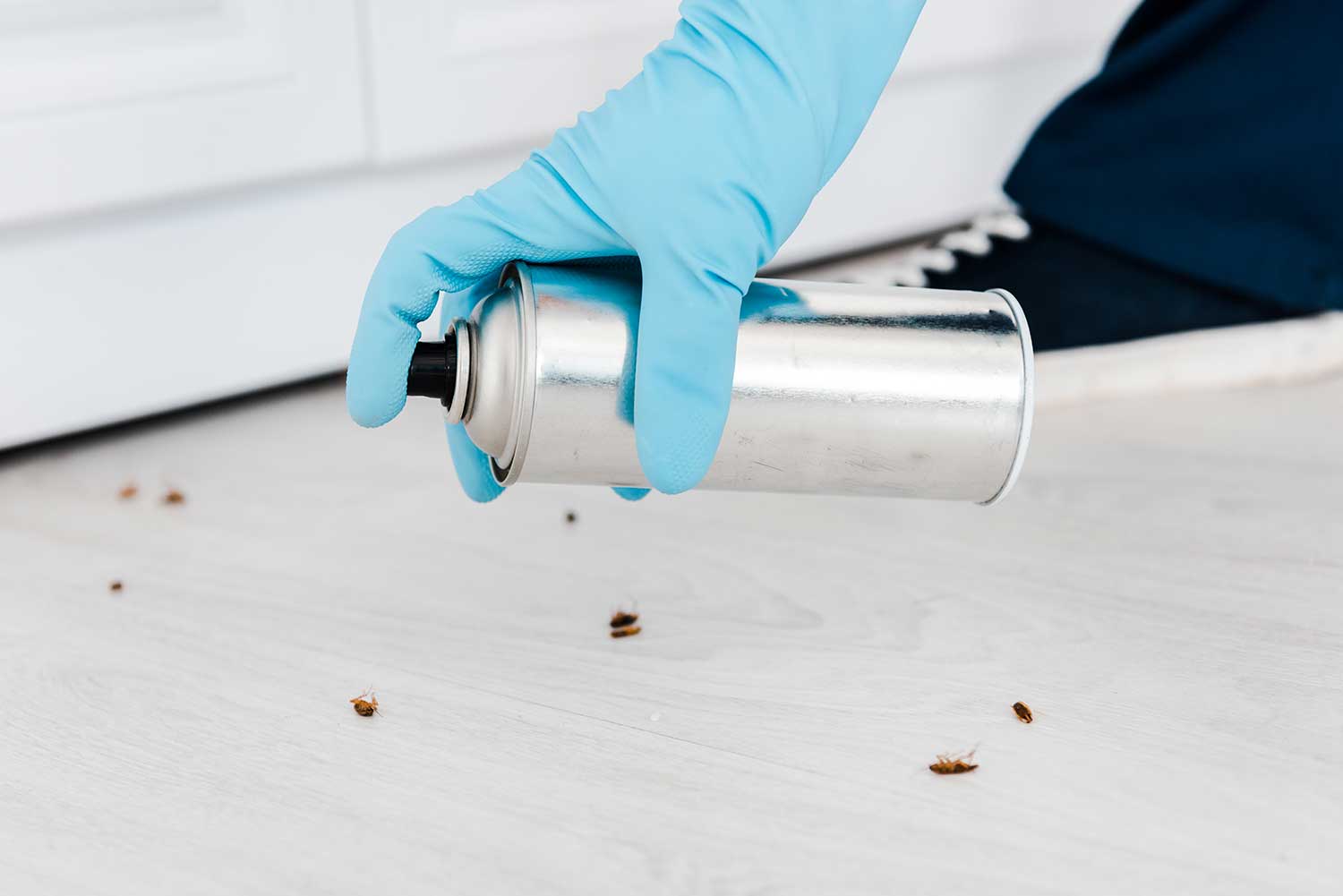 The smell of a bug bomb going off can be beyond nauseating and can actually cause severe reactions and irritations in humans and pets. Typically, most bug bombs suggest staying out of the house between 2 and 4 hours for the bomb to fully fumigate the area.

Once the chemicals have dried, they should not be floating in the air to irritate inhabitants reentering the treated space. However, it is advisable to allow enough time to pass and ventilate the house after using a bomb.

Entering a space while a bomb is going off or not allowing enough time for the chemicals to dry can lead to problems. Insecticides released from a bomb can trigger a bad interaction with the eyes, nose, throat, and skin of animals and humans.

Once a bomb or fogger is set off, stay out for the suggested amount of time and ventilate on reentry.

Can I Bug Bomb One Room And Stay In The House?

It is not wise to set off a bug bomb in one room and stay in the home while it is active. The chemicals released from a bomb or fogger can penetrate the cracks and crevices under doors and penetrate walls.

It is easy for the heavy odor of insecticides filling one room to seep into nearby areas.

Bad interactions with the insecticide include but are not limited to suffering contact dermatitis, asthma, coughing, and problems breathing. Even if you are using one bomb for one room, leave home for the suggested amount of time before returning.

Also, consider that you may need to reapply foggers in the future. You may need to use them in multiple rooms simultaneously to prevent pests from taking up residence in a nearby untreated room.

Also, even if you are ventilating a nearby room that doesn't have a bug bomb going off, you still risk inhaling particulates. During the fumigation process don't hang around!

Can You Use A Fogger In An Apartment? 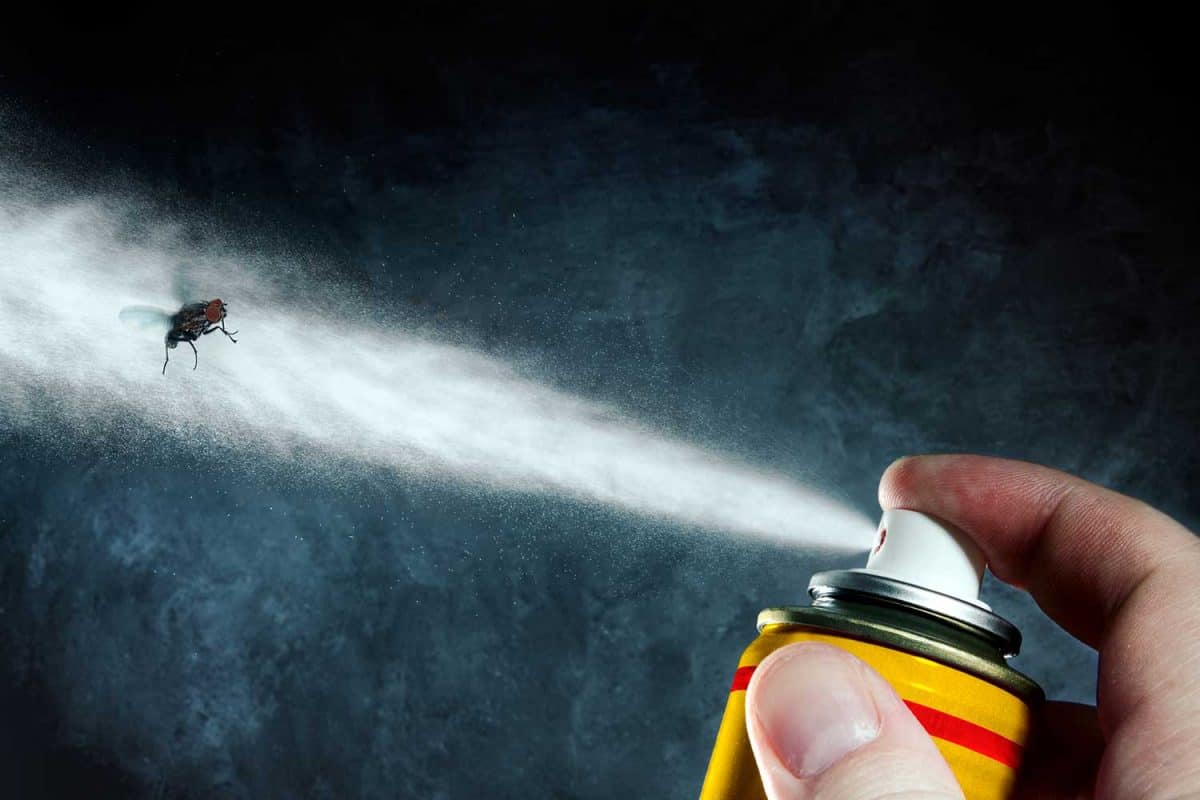 Before you take matters into your own hands regarding insect problems and infestations, contact your landlord. Usually, most landlords or property management companies will respond to tenant needs for extermination and pest control.

However, once you consult your property owner, it is permissible to use a fogger in an apartment in most cases. You may also want to alert nearby neighbors so they can plan to vacate their unit before using a fogger.

Be careful not to overdo things and use too many foggers for the square footage of the apartment. Too many foggers can create a dangerous and unhealthy environment for your apartment, pets, and neighbors.

Improper use of foggers risks explosion, fire, and unwanted reactions if humans or animals breathe in or have skin contact with insecticides.

Make sure to prep your apartment before using a fogger and give anyone who could potentially be affected a proper warning.

Check out this fogger for indoor use on Amazon.

We hope you feel more confident about safely using bug bombs to chase away pests like fleas, roaches, ticks, and bed bugs. When used correctly, bug bombs are often sufficient enough at quelling problems with mild to light infestations.

Note, in some cases, it may be necessary to hire a professional exterminator for assistance with persistent insect problems.

Make sure to follow manufacturer instructions, give enough time for rooms to ventilate, and protect or remove items that should not be in contact with a fogger for bugs.

Before you go, don't skip out on reading the following articles that might be of interest:

Read More: Can You Fog Your Attic For Bugs? [Here’s How]

Read More: How To Keep Spiders Out Of The Garage [A Complete Guide]

No Water Coming Out Of Faucet – What Could Be Wrong?

How To Drain A Gas Water Heater

How Much Water Should Drain From Window Air Conditioner?

How Far Apart Should Roofing Nails Be?

How To Connect Misaligned PVC Pipe

How to Cover Popcorn Ceiling? [5 Steps]