If your ECHO weed eater doesn't start, you can do a few things to try and get it going again. First, however, you will need to pinpoint the issue. In this well-researched article, we will help you learn to troubleshoot and figure out how to get your ECHO weed eater started again!

If your ECHO weed eater isn't starting, then you need to check the following:

As you can see, there are several things to check for if your ECHO weed eater isn't starting. While this list may seem intimidating, we will help you walk through each in this article. In addition, we will discuss the best type of oil to put in your ECHO weed eater, so read on! 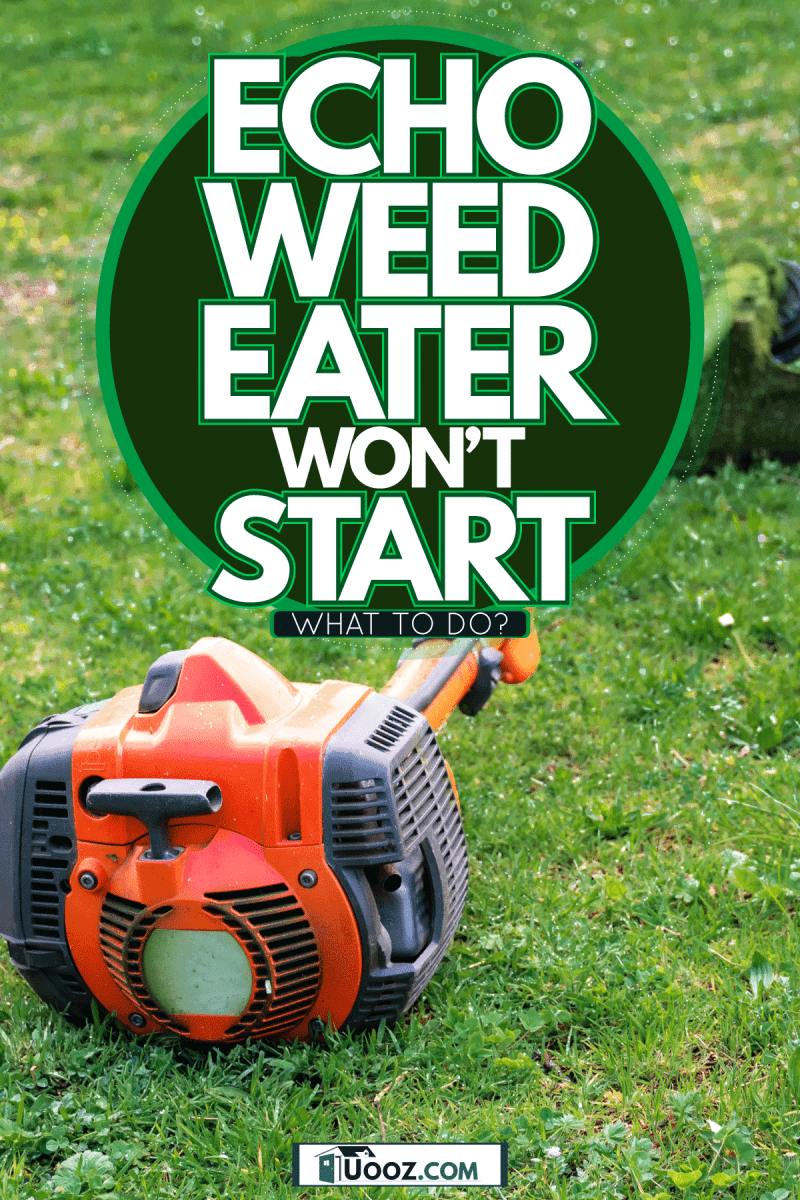 A weed eater, also known as a string trimmer, is a gardening tool that uses a flexible monofilament line to remove weeds and other unwanted growth from the ground. A weed eater is a valuable tool in landscaping, but you may be at a loss as to what to do when it doesn't start.

Let's take a look at each of the things to check for if you are having this issue: 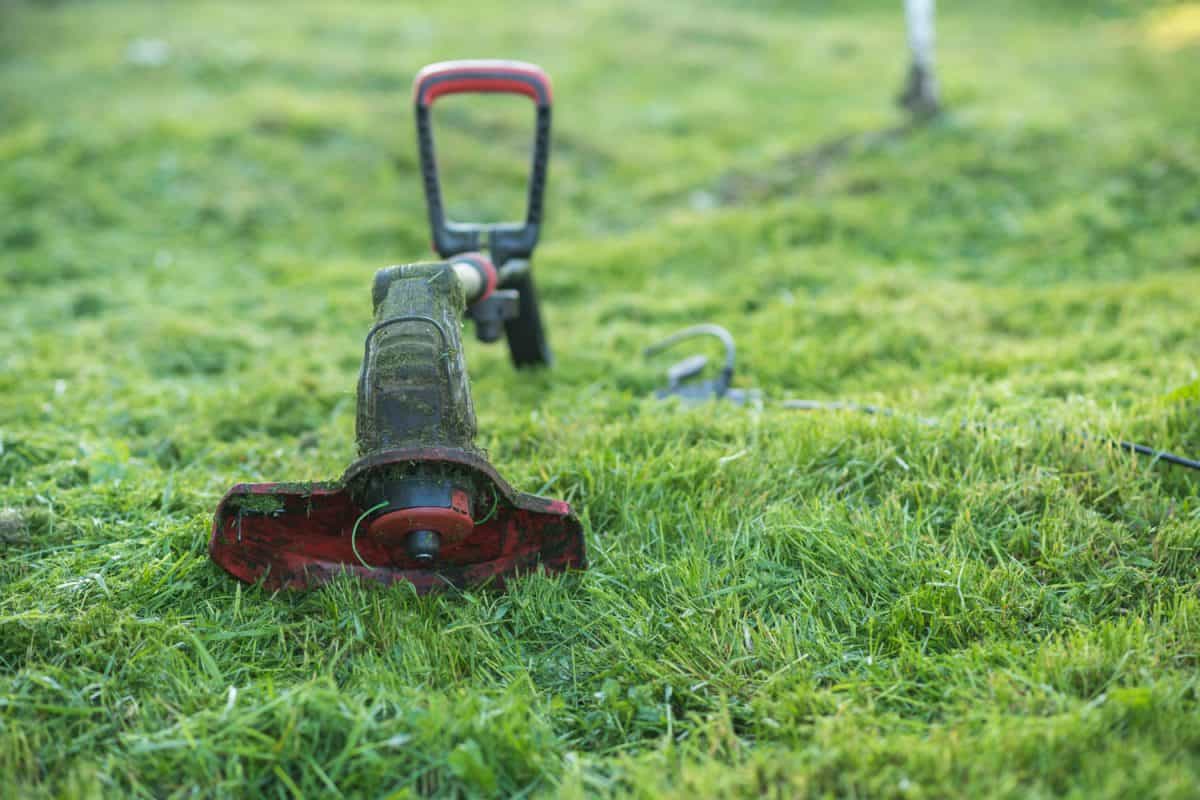 If the fuel tank on your ECHO weedeater is empty, it won't start. Fill the fuel tank with high-quality fuel and try to start it again. Be sure not to overfill the tank, but add enough to know that there is a sufficient amount of fuel in the tank.

When using a weed eater, you must use high-quality fuel. Low-quality fuel can cause the weed eater not to start. Be sure to use fresh fuel that is free of ethanol and water.

In addition, if you have had gas sitting in the tank for more than one season, then the fuel might be bad. You can add a fuel stabilizer to the gas, but it is best to fill the tank with fresh fuel.

A clogged carburetor is another common issue that can cause your weed eater not to start. When the carburetor is clogged, it can't deliver the correct amount of gas to the engine.

If you have tried adding fresh fuel and it is still not starting, check the carburetor for any dirt or grime that might be present. If there is debris in the carburetor, remove it with a safety pin or toothpick.

If your ECHO weed eater still does not start, then the carburetor might be faulty. If this is the case, you need to replace it immediately because it can lead to other issues with the engine.

The carburetor is the only part that connects the engine to the line from the fuel tank, so if it is bad, you cannot get your ECHO weed eater started.

A clogged fuel filter is another common issue that can prevent your weed eater from starting. The fuel filter helps keep dirt and debris from getting into the engine, so the engine won't start if it is clogged.

If you have tried adding fresh fuel and it is still not starting, check the fuel filter for dirt or build-up. If there is debris in the fuel filter, remove it and restart the ECHO weed eater.

A clogged spark arrestor can prevent your ECHO weed eater from starting because it cannot create an ignition spark if it is blocked. This part effectively works as a screen to protect the engine from debris that might damage it. Unfortunately, due to its proximity to the engine, this part is often exposed to a lot of dirt and grime.

If your ECHO weed eater still doesn't start after checking the fuel filter and spark arrestor, then there might be a problem with the spark plugs.

The recoil pulley is the part that helps to start the engine. If it is bad, it can't create enough tension on the starter rope to get the engine going.

If you have tried all of the above and your ECHO weed eater still won't start, there might be a problem with the recoil pulley. First, purchase a replacement and try to start the weed eater again. You might also need to replace the recoil starter assembly if it doesn't work.

If your weed eater still won't work, it could be a problem with the recoil starter assembly. If this is the case, you need to replace it immediately because it can lead to other issues with the engine.

The recoil starter assembly helps turn the engine over when pulling the starter cord. If it is bad, you won't be able to start your ECHO weed eater.

The rewind spring helps to retract the starter cord so that you can start the engine again. It will not do its job if it is broken, and the engine won't start.

An ECHO weed eater with a low oil level is another common reason for not starting. If the engine does not have enough oil, then this can lead to bad compression and damage the starter cord.

A dead battery can prevent your ECHO electric weed eater from starting as well. If the battery is bad, it will not provide sufficient voltage to the starter motor to turn the engine over.

To check if this is why your ECHO weed eater won't start, take out the battery and connect another one to it. If there is still no change, you might need to replace the starter motor.

How do I start my Echo Weed Eater?

To start an ECHO gas weed eater, you need to follow a specific procedure. First, be sure that you have fresh fuel in the tank, and then locate the throttle control on the handle of your weed eater. This allows you to adjust how fast the engine is running to not stall after starting. 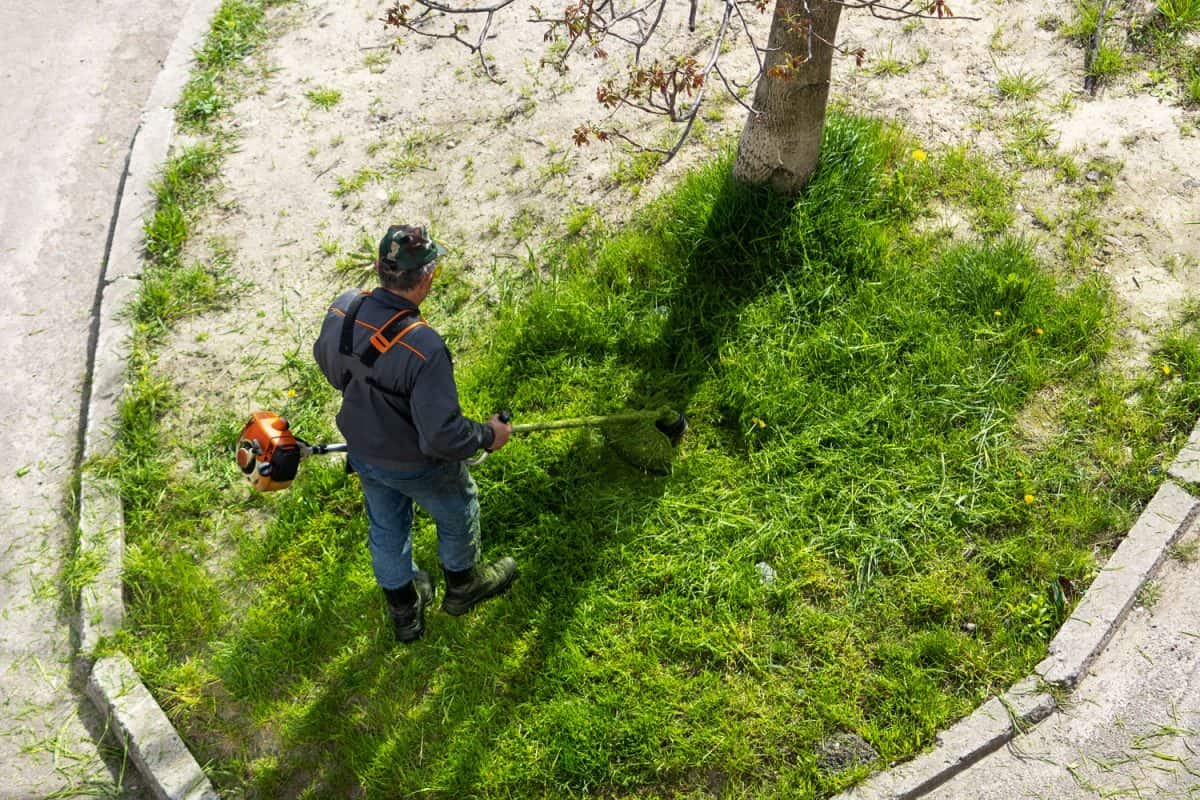 Next, pull out on the choke lever to close the choke and then pull the starter cord quickly. Be sure to hold onto the weed eater while doing this, as it will try to jerk out of your hands. Keep pulling until the engine starts.

After the engine has started, release the choke by sliding it back over to the "on" position. You can now release the throttle control to achieve full speed.

If you use an ECHO electric weed eater, the process is much the same. First, locate the battery on the handle of your weed eater. This powers up a starter motor that can turn over the engine to get it started. 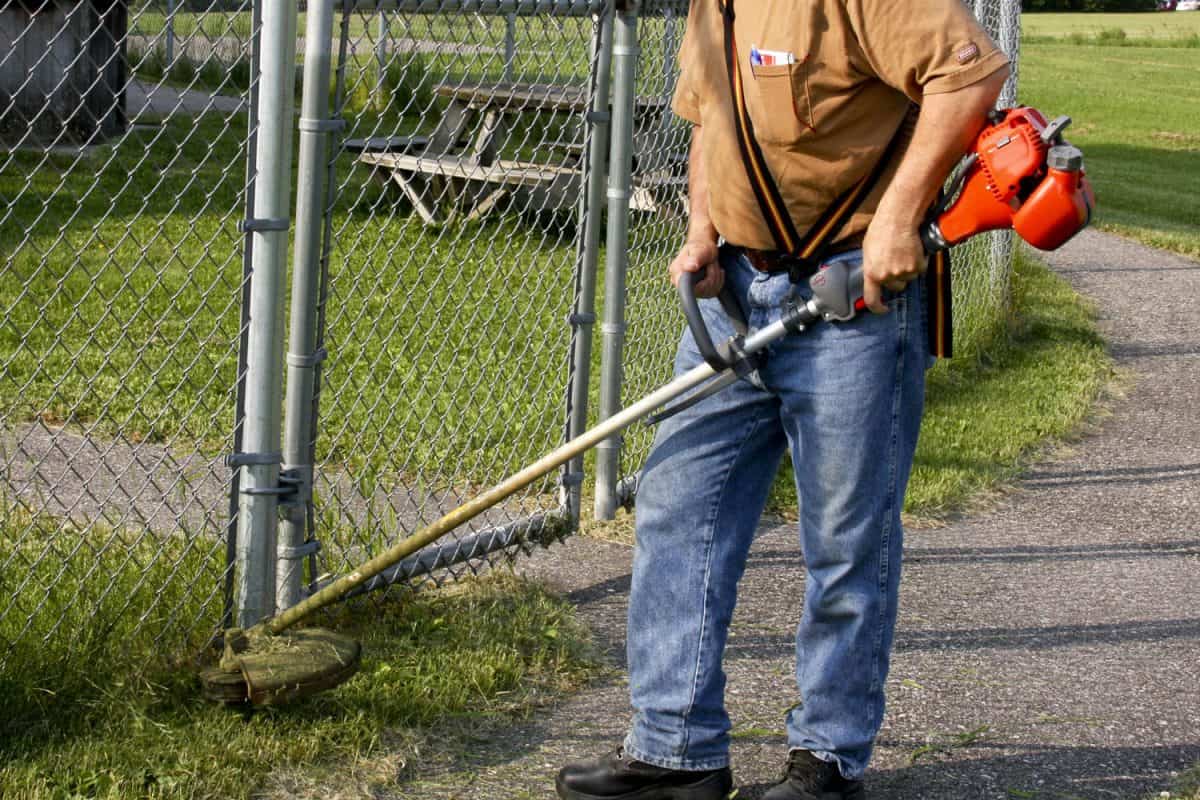 Next, position the weed eater to face down the blade and insert the plug into the outlet. Be sure to hold onto the weed eater while doing this, as it will try to jerk out of your hands. Finally, push in on the start button to turn on the weed eater and then release it to go to full speed.

How big is a weed eater gas tank?

A weed eater gas tank can hold between 10 and 20 ounces of fuel. This is enough to allow you to cut for a couple of hours without refilling it. Depending on what weed eater you own, the fuel size will vary.

However, you will be able to look at the side of your fuel tank, and it will tell you the exact fuel capacity. 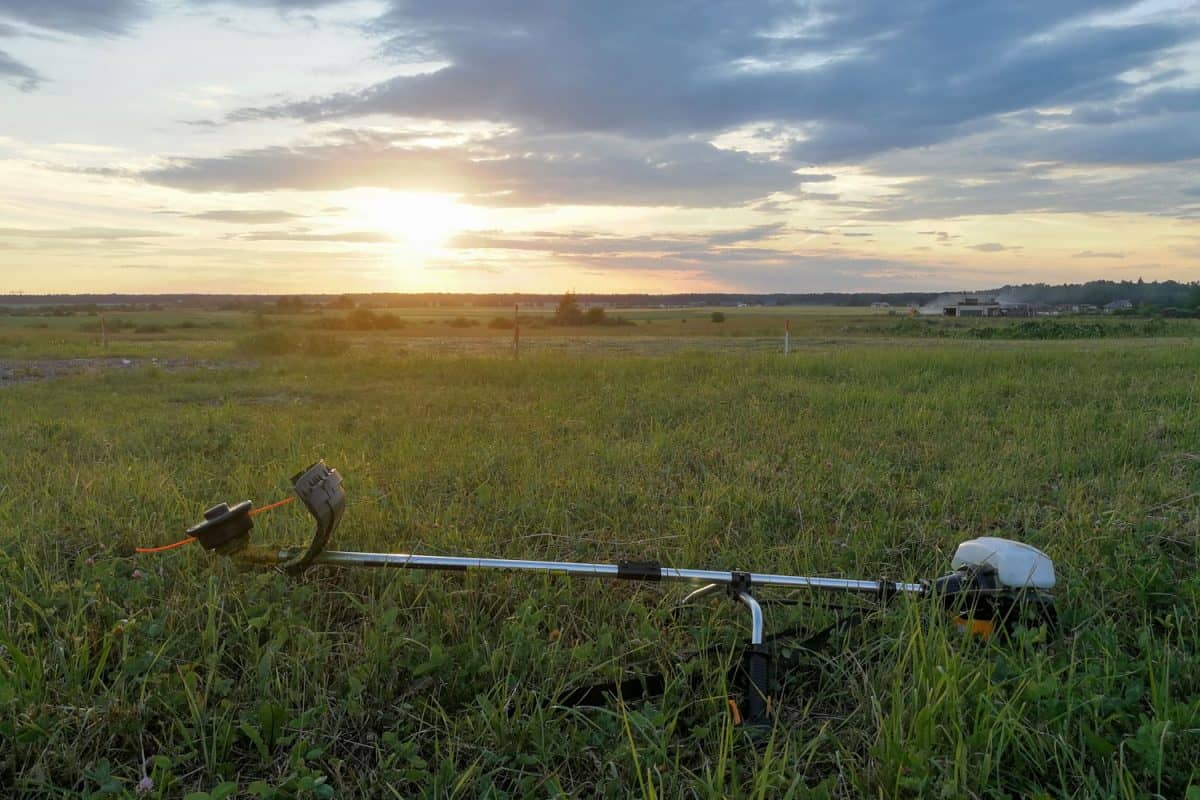 What kind of oil does an Echo weed eater take?

ECHO recommends using PowerBlendX oil for their weed eaters. However, it is safe to use any two-cycle motor oil for your weed eater.

How long to charge the Echo electric weed eater battery?

If you need a recharged battery for your ECHO electric weed eater, expect 50 minutes for a complete charge. However, if you need enough power to get the job done, you can do less. Forty minutes of charge time will get the battery to 80% battery capacity.

How long does the Echo electric weed eater battery last?

Your ECHO electric weed eater will determine how long it will last depending on what speed you use. Typically, you can expect 25-30 minutes of use time.

How do I reset my echo 58v battery charger?

If your ECHO battery is acting up or not connected to the weed eater correctly, then it may need a reset. To do so, follow these steps: 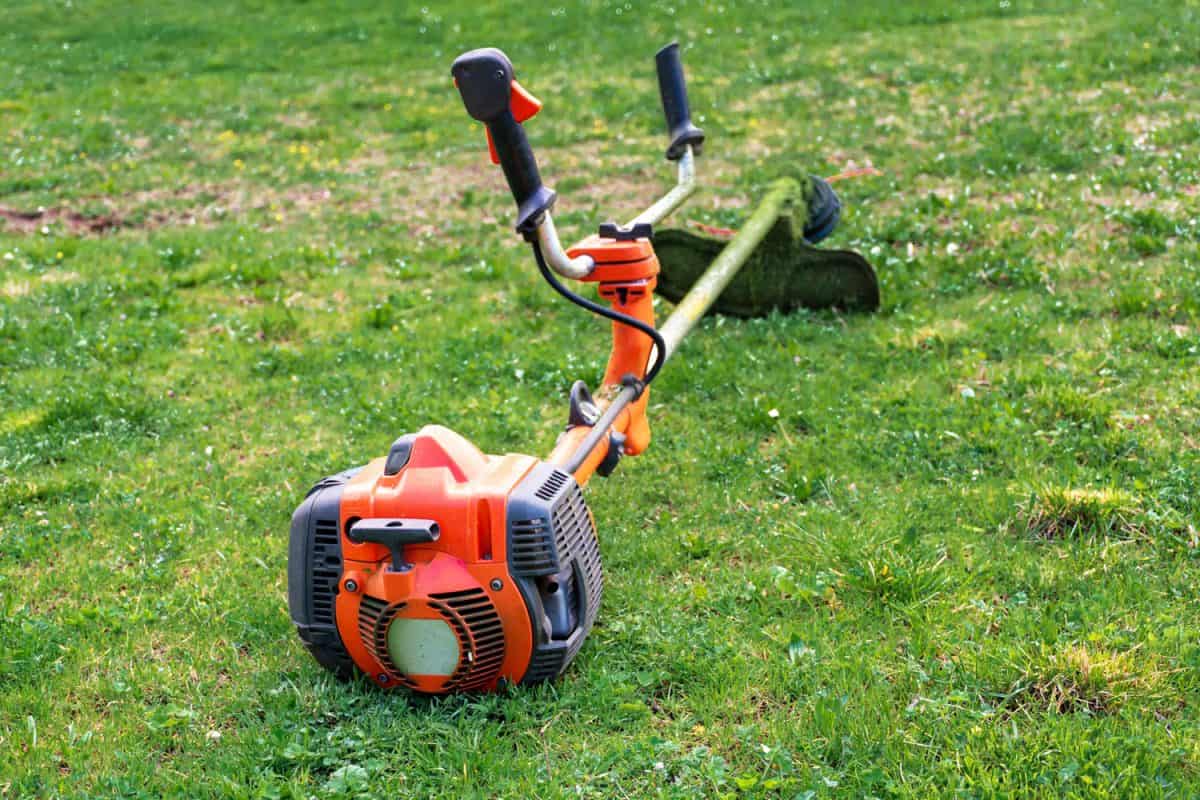 As you use your ECHO weed eater each season, sooner or later, you may have problems. If it's not starting, then start with the basics. For example, check that you have enough fuel in the tank.

For an electric model, check that the battery has sufficient charge. From there, you may need to do more digging to figure out the issue, as stated in this article.

For more articles like this one, check these out:

Craftsman Lawn Mower Won't Start – What To Do

Can Moles Ruin My House Foundation? [Including 5 Methods To Rid & Deter Moles]

How Close Can A Retaining Wall Be To A House Foundation?

Does Metal Roofing Rust Or Fade In Color?

How To Stain Wood Filler To Match Floor

How To Remove A Bathroom Sink In 7 Steps

How To Fill A Big Gap With Silicone?

Do Bathroom Faucets Come With Drains?

How To Paint The Foundation Of Your House