Moles travel by burrowing tunnels underground, and you've likely seen the destruction they can cause to your yard. So, it's no surprise you might be questioning whether they can cause issues for your home's foundation. Well, if you're wondering whether they can ruin your foundation, you've come to the right place. We've researched the topic in-depth and have an answer for you!

Moles are rarely responsible for ruining a home's foundation. Most of their tunnels are surface tunnels. However, if a mole burrows below the freeze line enabling water to pool and freeze there, it can play a part in the freeze-thaw cycle, potentially causing cracks in concrete.

So now you know that you don't have to worry about moles ruining your foundation but keep reading as we elaborate on this. We'll also answer some other questions you might have about moles, including ways to get rid of them and deter them. 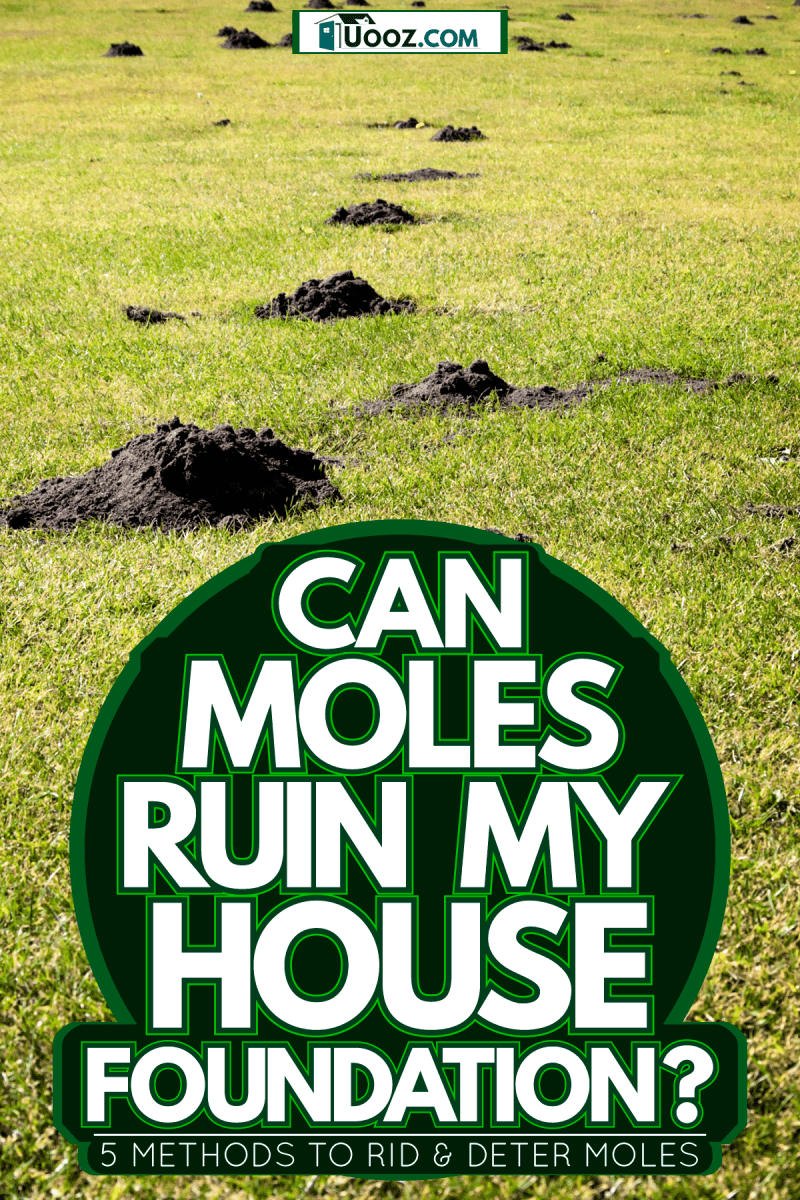 Moles And Your Home's Foundation

When a mole burrows underground, it's not going as deep as you may think. Typically, moles burrow along the surface, looking for insects to eat. This is why you can often see exactly where a mole has been in your yard. Moles aren't digging or chewing through concrete, so it's not the moles themselves that might cause the problem, but rather their tunnels.

Moles only become a problem for a home's foundation when their tunnels reach below the frost line. The frost line is how deep the soil is expected to freeze during the winter. In the winter, moles may bury beneath the frost line into softer soil, looking for bugs to eat. 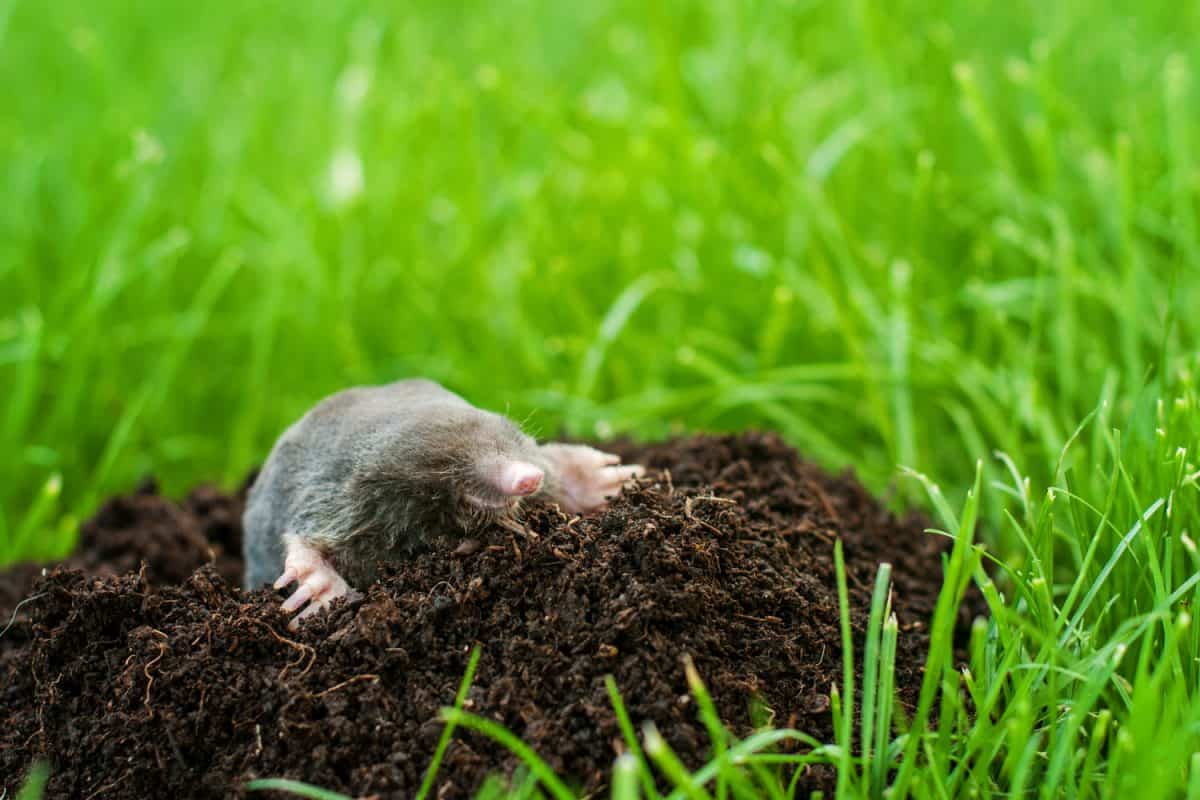 If a mole tunnels below the frost line and water pools there, the water might freeze. When water freezes and then thaws, it expands and contracts which can contribute to cracks in concrete and, as a result, your foundation.

This freeze and thaw cycle isn't just a result of mole tunnels. It can happen anywhere there is moisture around concrete.

Do moles go under houses?

If a mole is under your house and you have a shallow foundation, you will probably be able to hear it moving around underneath. Occasionally, one might find its way into your home.

However, that being said, moles prefer staying in the yard toward the surface, looking for earthworms and other bugs. So the chances of them tunneling under your house are rare. Another thing to remember is that moles will prefer loose soil over compact soil, which is what you likely have below your foundation.

What time of day are moles most active?

Moles are most active in the morning or after it rains. A common misconception is that moles are nocturnal, but this is not the case.

Since they spend their time hunting for bugs and earthworms, they prefer moist soil that they can easily move through. The soil is moister during the morning hours and obviously after it rains. So while they are typically most active in the morning, they can be seen throughout the day depending on the condition of the soil.

Due to their preference for moist soil, you will likely see more mole activity in the spring and fall months rather than the summer and winter seasons.

Getting Rid of Moles

Even though moles will rarely damage the foundation of your home, moles can certainly damage your yard. Their tunnels can leave unsightly tracks all over your lawn. Fortunately, there are ways to rid your yard of moles.

How does Dawn dish soap get rid of moles?

One way to get rid of moles is to use a household product you likely have in your kitchen. Dawn dish soap, either used by itself or in combination with other products such as ammonia or castor oil, can help rid your yard of moles.

So how exactly does this work? Well, when combined with castor oil, it creates a topical irritant to the mole, making it move its tunnels elsewhere. When combined with ammonia, it can trick the mole into thinking a predator is nearby.

If you'd like to try one of the dawn dish soap methods, take a look at this YouTube tutorial for directions on how to make the repellent:

Do coffee grounds get rid of moles?

Coffee grounds likely won't completely rid your yard of moles. At best, the coffee grounds might help deter them. The scent of coffee is said to deter moles, and it is an affordable method to at least try.

To use coffee grounds, try placing coffee grounds around areas that moles are active. Put them around and inside the entrance of the active tunnels. You can also try spreading them over your garden. Even if they don't deter the moles, they'll help your garden grow.

How do you get rid of moles in the winter?

Moles burrow down below the frost line during the winter months, where the soil is softer and easier to move. If you are still experiencing a lot of mole activity on the surface of your lawn, the most effective way to get rid of them is by placing traps. Place the traps in the mole tunnels.

You can also reduce mole activity by creating an unfavorable environment for them. For example, remember that moles prefer moist soil?  You should avoid using a hose or sprinkler in your yard. A moist lawn with lots of food sources is a haven for moles. You can cut down on a mole's food source by holding off on the mulch over winter. 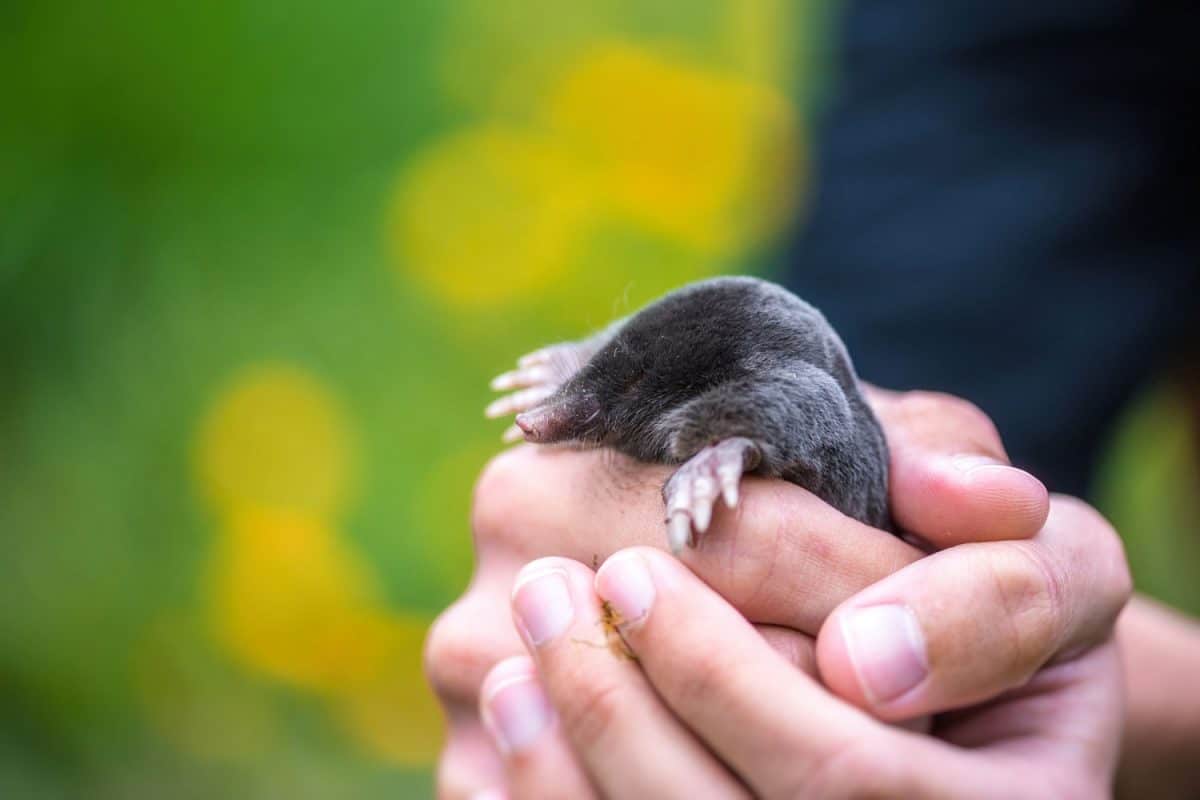 We've addressed ways to rid your yard of moles, and we've mentioned a couple of deterrents already. However, there are a few more that can help prevent moles from tearing up your yard. From homemade solutions to market-bought products, you certainly have options. Let's talk about some of the best.

What is the best mole deterrent?

Nature's Mace is often recommended as the best mole deterrent. It's 100% castor oil marketed especially for mole and vole repellent. We've talked about castor oil and its effectiveness at repelling moles, and just as we described earlier, this manufacturer instructs the user to mix the castor oil with dish soap.

Other recommended mole deterrents include solar-powered sonic spikes and granular deterrents. Sonic spikes emit sonic pulses that are said to irritate the mole's sense of hearing.

Granular deterrents are often made from a combination of natural ingredients that will make the ground taste and smell unpleasant to moles. One example of a granular deterrent is I Must Garden Mole & Vole Repellent.

Click here to see I Must Garden Mole & Vole Repellent on Amazon.

Now you know that the likelihood of moles damaging your foundation is pretty slim. However, that doesn't mean they can't do some unsightly damage to your yard. Hopefully, this article has helped reassure you about the foundation of your home and offered some methods of deterrents for you to try.

For more reading on the topic of nuisance animals, take a look at one of our other blog posts here: "Can Rodents Chew Through PEX?"

If you're still concerned about other animals ruining your foundation, this post might be able to ease your mind: " Can Chipmunks And Rabbits Ruin My House Foundation?"

Does A Floor Buffer Remove Scratches?

How To Prevent Foundation Problems In Texas

Can You Put Silicone Over Grout?

What is the Standard Size of a Baseboard? [And Why]

How To String A Dewalt Weed Eater [Step By Step Guide]

How Long Does It Take To Replace A Well Pump?