Galvanized pipe was a popular type of zinc-coated steel pipe used in homes constructed before 1960. If you still have it in your home, you may be wondering how hot it can get. Well, you've come to the right place. We've researched the topic and found an answer for you.

A galvanized pipe can withstand temperatures up to 392℉ before the zinc coating becomes affected by the heat. Once it is subjected to temperatures greater than 392℉, the zinc coating might begin to change appearance and peel. In summary, it can get pretty hot, but it will become damaged and dangerous after a while. 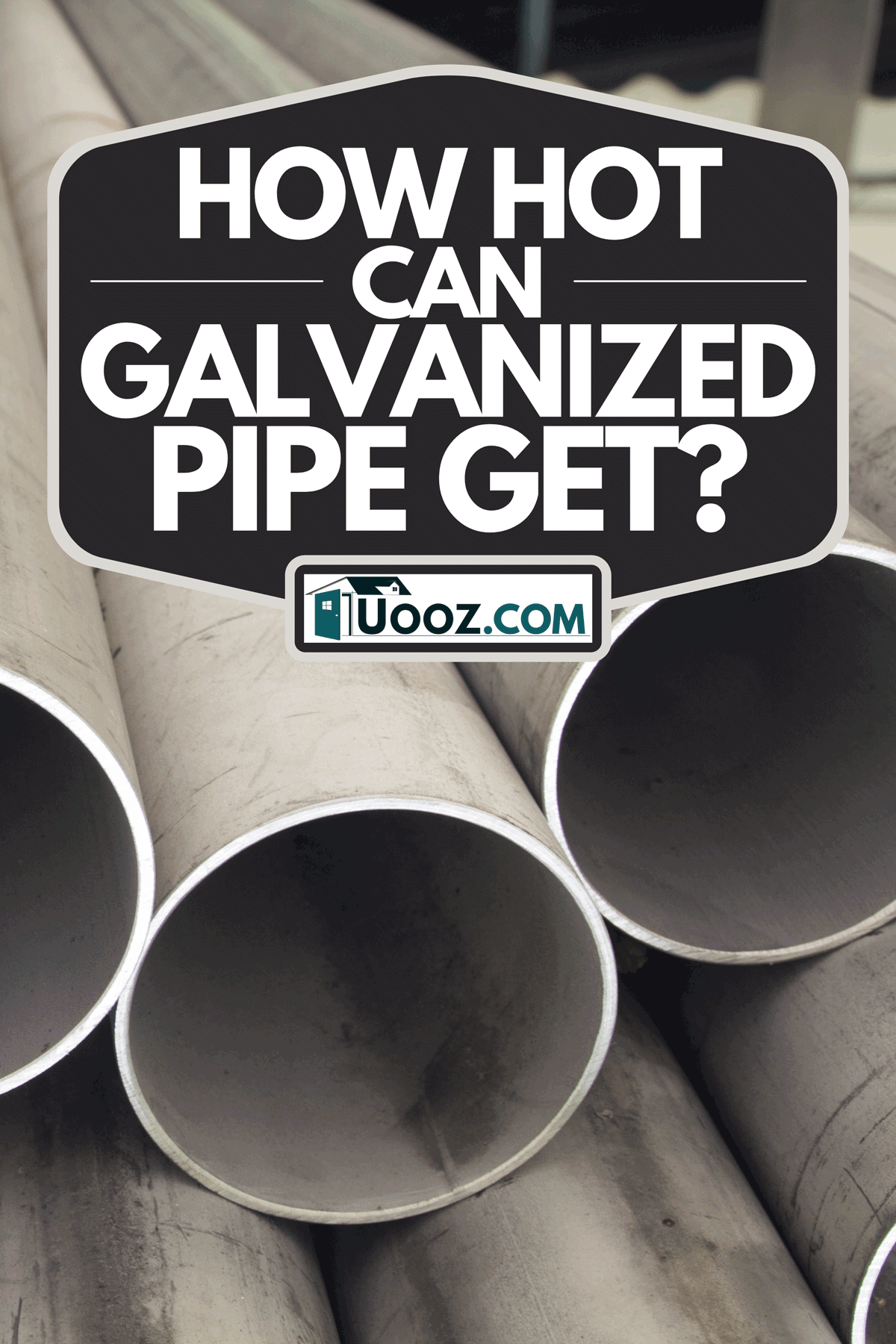 Now galvanized piping won't be found as often in homes as it once was, but before 1960 it was used to replace lead piping. Now, you'll likely see it used for scaffolding, fencing, automobiles, or in an irrigation system on a farm.

Galvanized pipe is made from steel and is coated in zinc. The zinc helps prevent rusting when the pipe is exposed to water, hence its popularity for water or all-weather-related products. While it can withstand relatively hot temperatures for a short amount of time, it can become dangerous if it gets too hot.

What happens when galvanized pipe gets hot?

The American Galvanizers Association wrote an article on the subject and studied how galvanized steel responds to extreme temperatures, both hot and cold. Typically, galvanized steel does well with heat for short exposures.

That being said, the article stated that even when exposed to extreme heat, such as during a fire, galvanized steel remained structurally sound, which is one of the reasons it's favored.

Is galvanized pipe toxic when heated?

If you breathe in or are exposed to the fumes, you can become ill with metal fume fever. Metal fume fever commonly occurs in welders who work on galvanized steel. The illness presents itself with flu-like symptoms.

Fortunately, with zinc-oxide fumes, it typically resolves within a few days.  However, other metals, such as Cadmium, can cause even more harm.

Headaches, a tight chest, a dry cough, a fever, and a sore throat are just a few symptoms you might experience with metal fume fever, and symptoms may not begin until 4 to 10 hours after exposure to the fumes. With little data on the illness, because it is often misdiagnosed as the flu or other respiratory illnesses, scientists are unsure of how much exposure it takes to cause it. Although, maybe obviously, the longer you are exposed, the more at risk you are.

Does galvanized pipe get hot in the sun?

Since galvanized pipe can be used for scaffolding and fences, you may be wondering if the sun might make it too hot to touch. Unfortunately, there isn't much data out there to answer this question.

However, some raised flower beds and other plant containers are made from galvanized steel, and one user stated that his galvanized steel flower pots did not get any hotter than his other patio furniture. It's unlikely that your galvanized pipe will get hot in the sun, but err on the side of caution just in case.

Can you heat galvanized pipe to loosen it? 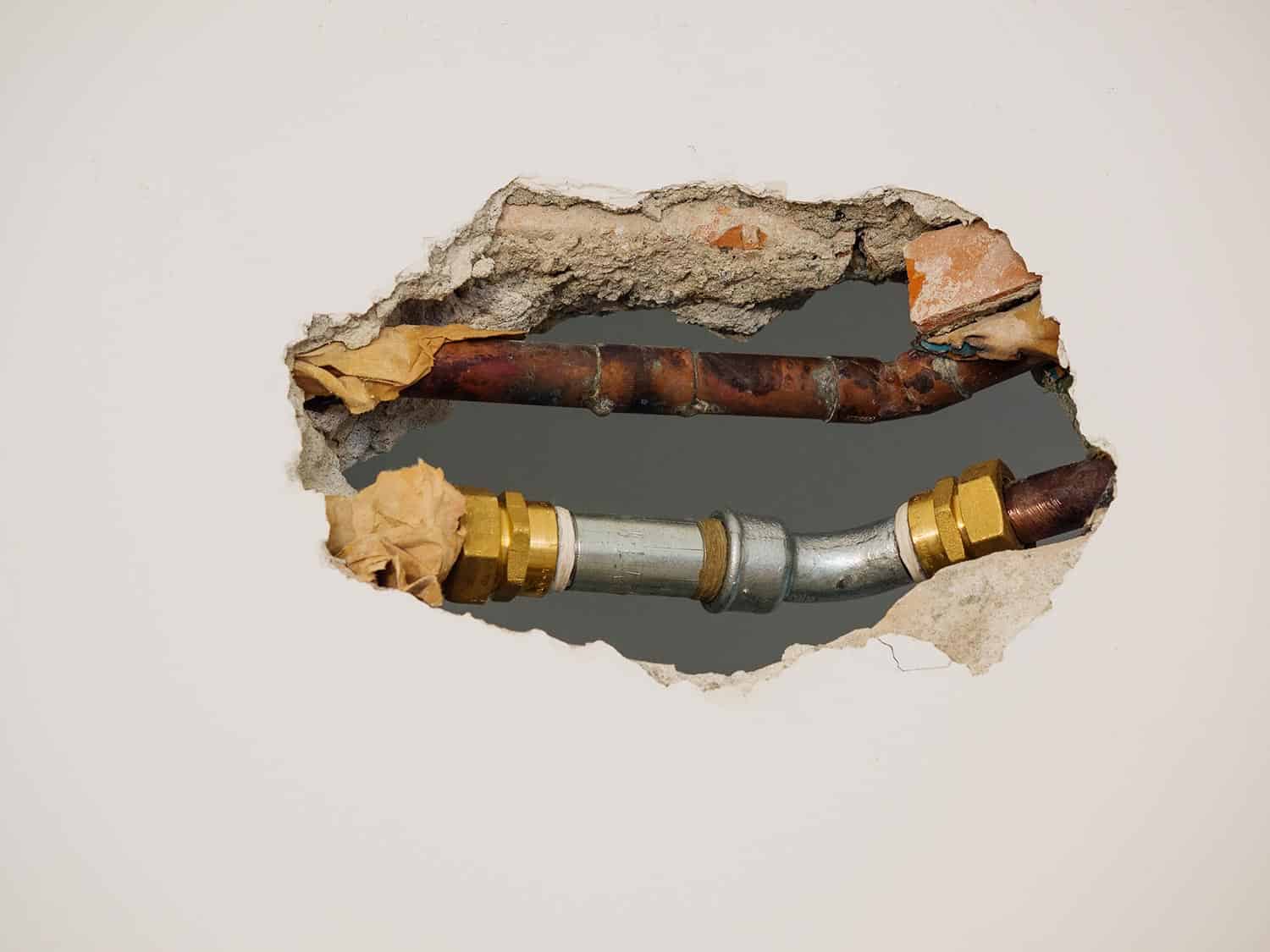 After many years of use, galvanized piping can become rusted, worn, and just very stubborn to loosen. Now that you know that galvanized pipe that becomes too hot might release zinc-oxide, you may be wondering whether it is safe to use heat to loosen it and whether that method will even work. 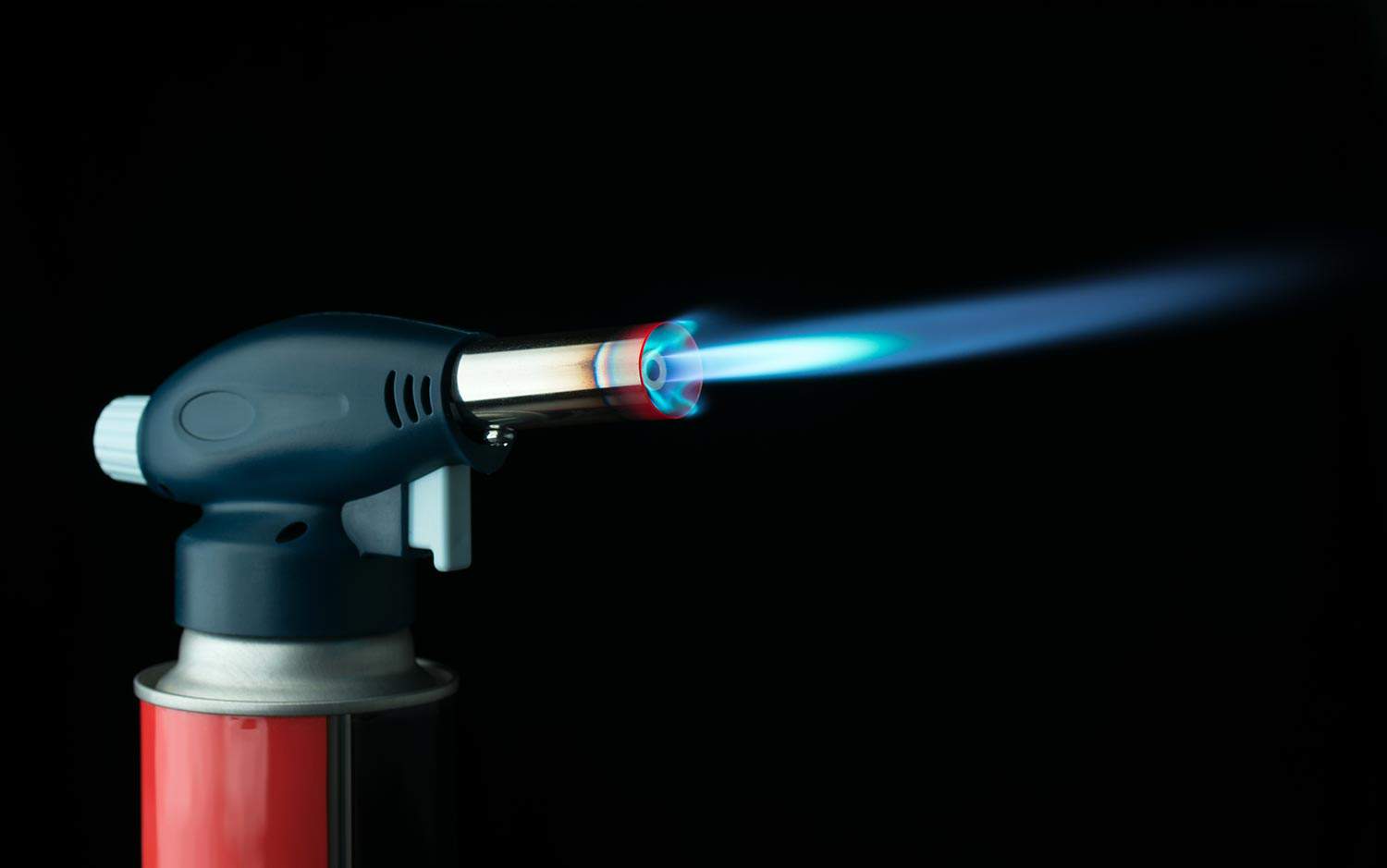 You can apply heat to a galvanized pipe using a torch. Apply the torch to the joint of the pipe in order to loosen it. While heating the pipe, you can use a pipe wrench to twist it loose.

Keep in mind that torches do get hot enough to cause zinc-oxide to be released, and while it's unlikely exposure of this length of time will harm you, you should consider taking some precautions. Respirator masks can help protect you from toxic metal fumes. 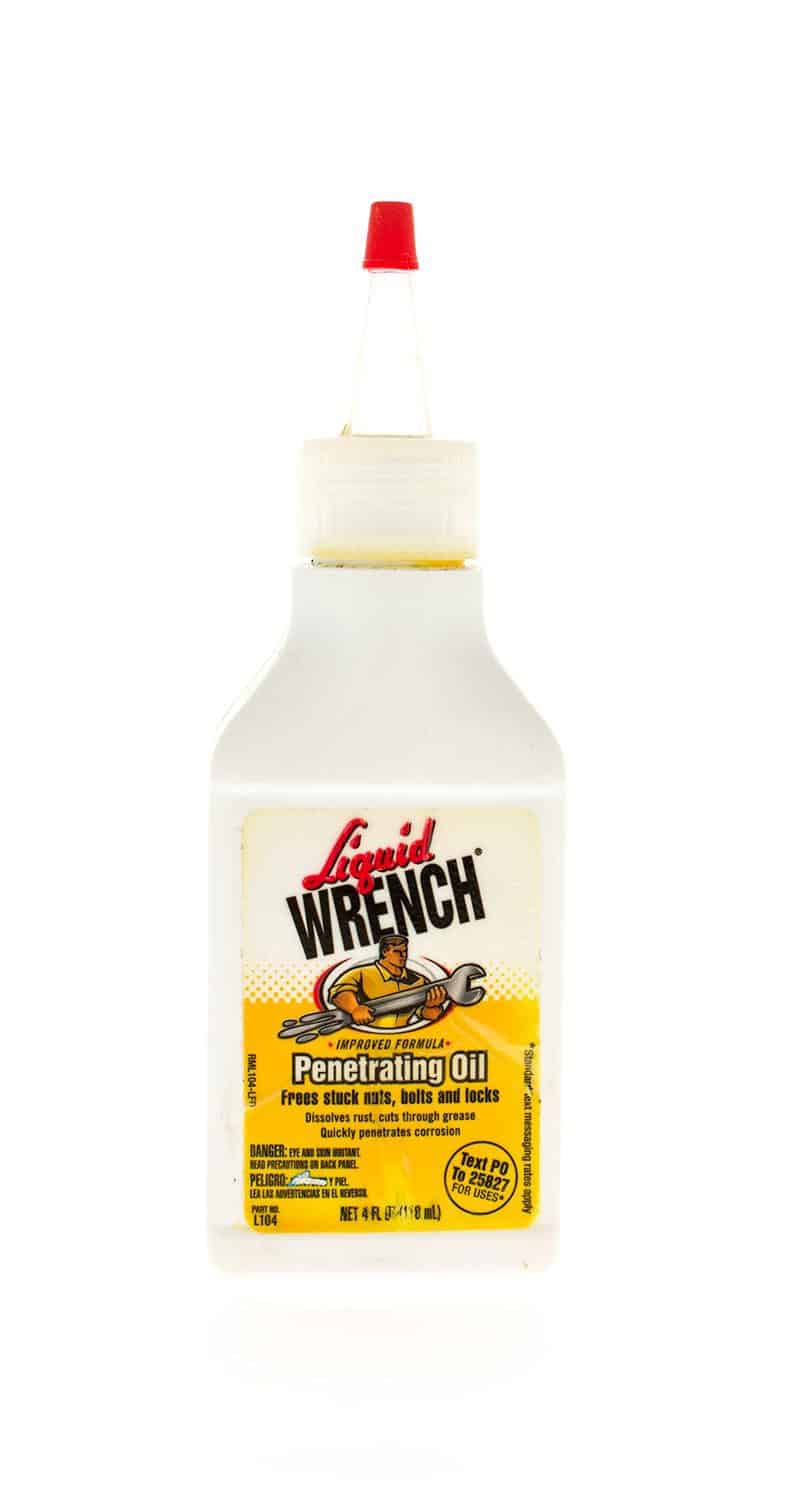 Penetrating oils are designed to seep into the joints of pipes to free up any hard to loosen pipes, nuts, or bolts. You can use penetrating oils alone or in combination with heat.

If the oils don't do the job by themselves, first try heating the pipe and then applying the penetrating oil. There are multiple types of oils for this use on the market, and one of the most well-known is WD40.

One YouTube creator put several penetrating oils to the test and found Liquid Wrench to be the best. Check out their video below:

Click here to see this liquid wrench on Amazon. 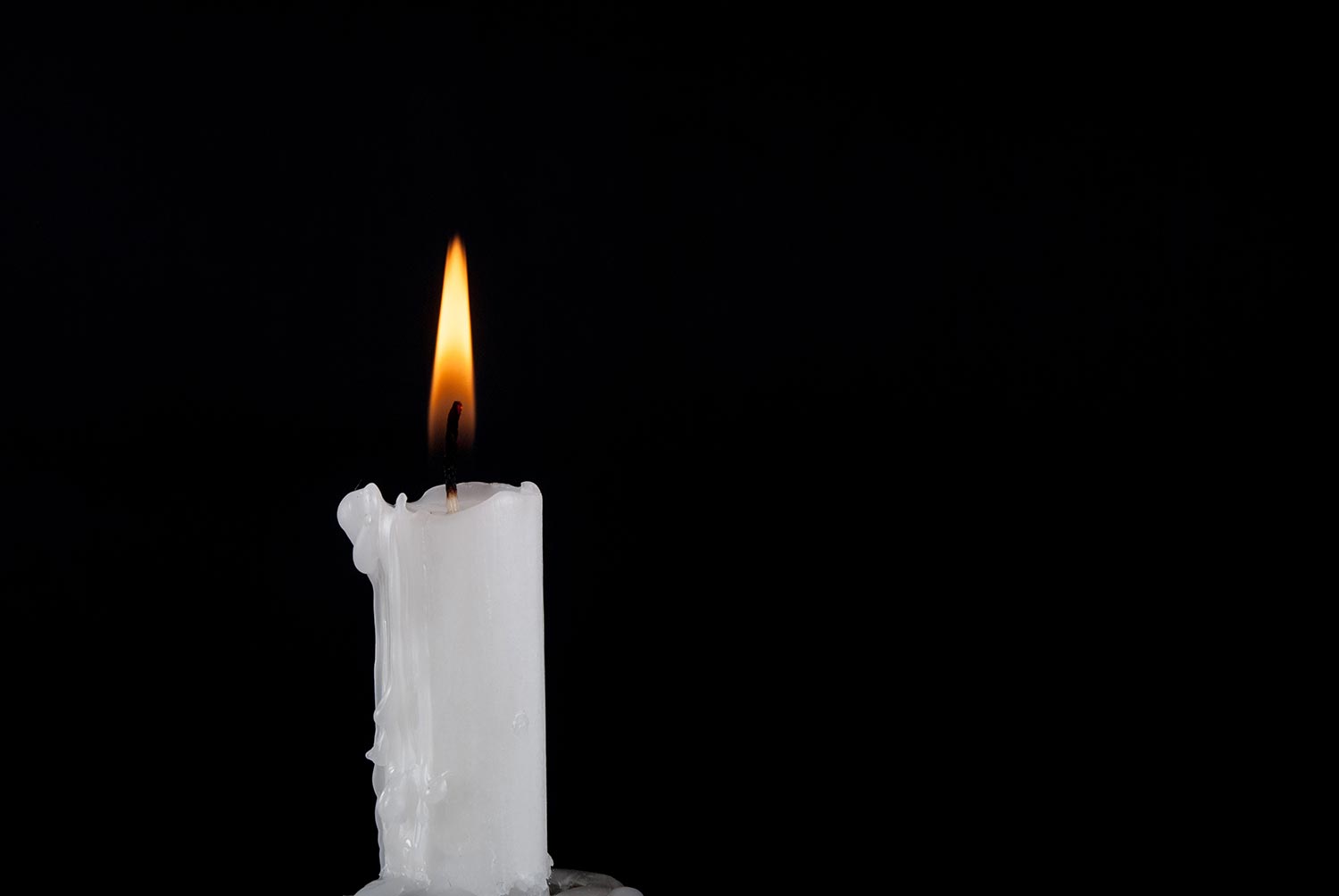 A plumbers candle is simply a paraffin candle that can be melted onto the pipe. This can be used as an alternative to penetrating oils, so the concept is the same. The paraffin wax wicks into the joint to help loosen it.

As with penetrating oils, you may have more luck if you heat the pipe first. Penetrating oils and paraffin wax are ideal for pipes in tight spaces where you might not be able to rotate a pipe wrench to loosen the pipe. 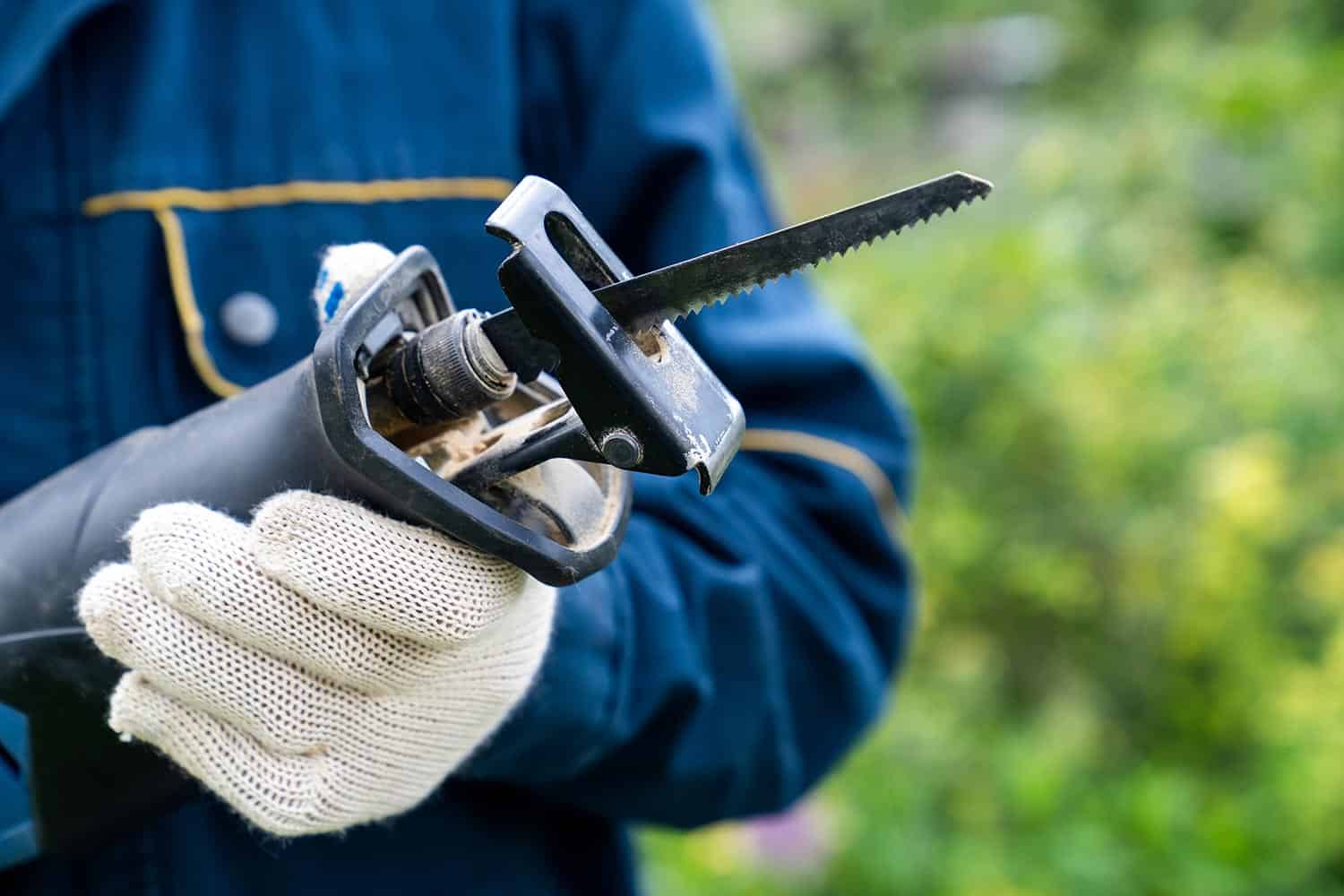 Click here to see this reciprocating saw on Amazon.

Stubborn pipes can be frustrating, but hopefully, one of these methods will be successful for you.

Since we're discussing cutting through galvanized steel pipes, check out one of our other articles on a related topic here: "How To Cut A Corrugated Galvanized Steel Sheet."

Can galvanized pipe be heated and bent?

Sometimes pipe doesn't fit exactly how it needs to in the place it has to go, but can galvanized pipe be manipulated with heat? The short answer is no.

Even though you're likely not going to be able to bend the pipe with heat, you're not out of luck. According to the American Galvanizers Association, pipes are typically bent before they are galvanized, but they also state that galvanized pipes can be bent after the galvanizing has been completed.

Since these tools can be pretty pricey, it's usually best to try and seek out a professional. If you use an incorrect method, you might end up folding your pipe and rendering it useless.

While galvanized pipes are pretty good at reflecting heat and not becoming too hot to touch, they can become damaged and toxic if you deliberately expose them to extreme heat. Hopefully, our article has educated you on some of the risks associated with hot galvanized steel.

If you need to heat galvanized pipe, just make sure to wear appropriate protection. You don't want to risk giving yourself toxic fume fever.

Galvanized pipes were popular for water supply lines until experts found that after being exposed to water for an extended period of time, the pipes began to rust. So, what's a better choice? Check out our other blog post on the topic here: "Best Pipe To Use For Underground Water Line? Here’s What Experts Say."

Should Your Front Door Match Your Shutters?

Schlage Keyless Door Lock Just Spins – What To Do?

How Much Weight Can Studs Hold?

Can I Use Laundry Detergent In Carpet Shampooer?