As a homeowner, you may have noticed that your rain shower head drips after shutting off but are unsure what to do to solve the problem. Luckily, we have done some research for you, and here is what we found.

Do the following if your rain shower head won't stop dripping after shutting it off:

This issue can be easily tackled without the help of a professional. Keep reading to get detailed information on how to deal with the problem of a dripping shower head. 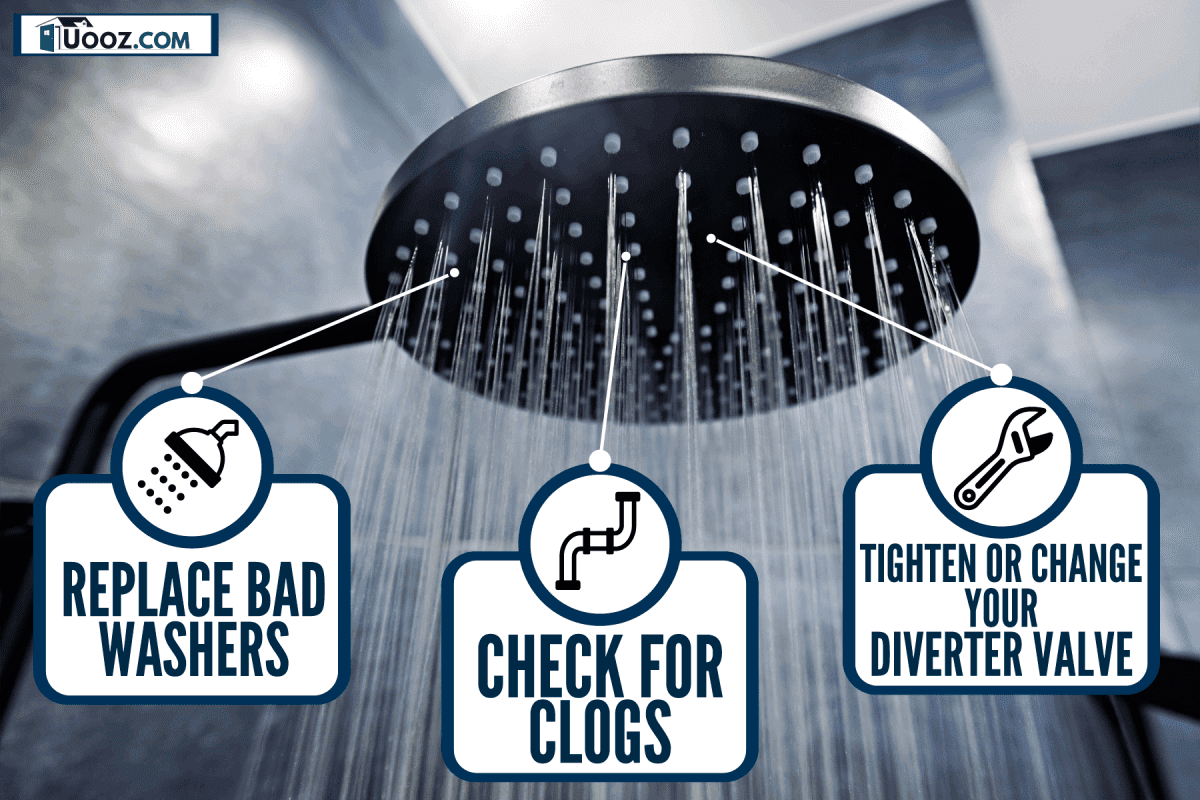 What Should I Do If My Rain Shower Head Drips After Shutting It Off? 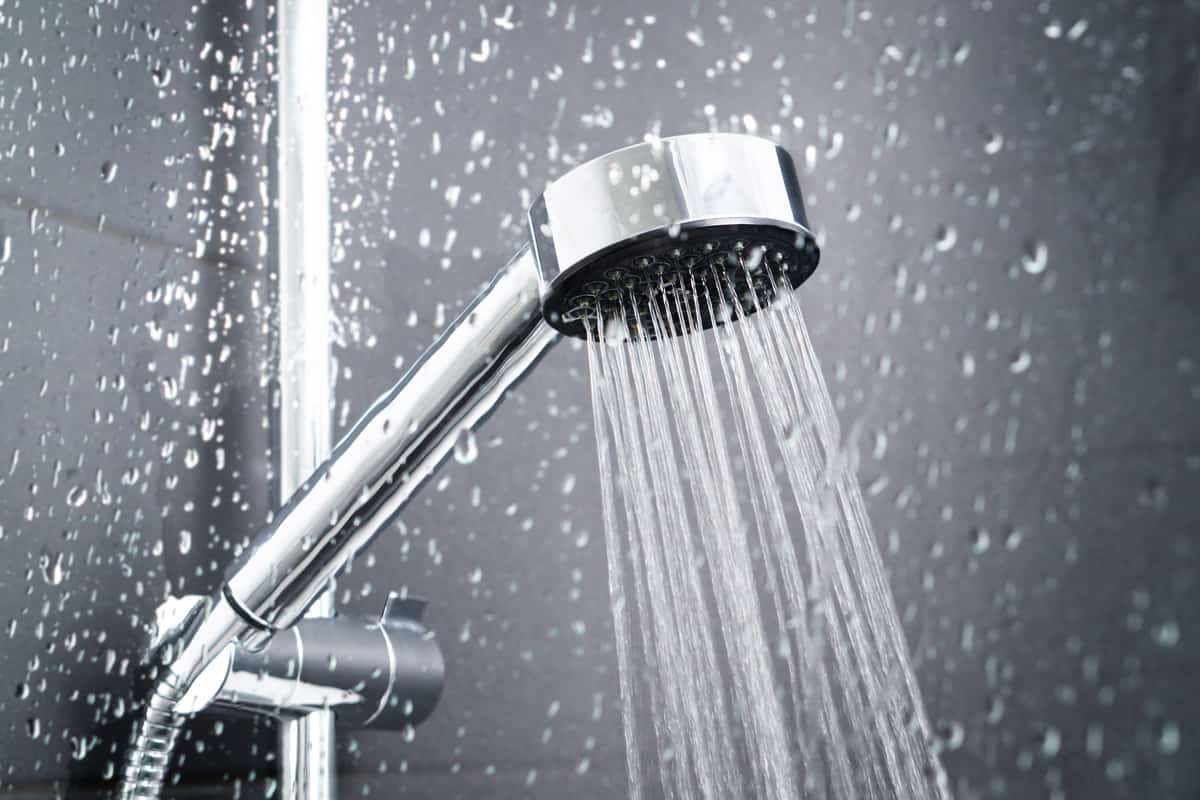 To address this issue, you should examine your shower system to know the source of the problem before making the necessary repairs. Below are the ways to go about fixing a rain shower head that drips after shut-off:

Over time, your rain shower head accumulates a lot of dirt which may clog the pores through which water runs out from. This will lead to a poor release of water from the shower head as s result of blockages.

The result of such blockage or restriction would also be that water may not completely run out of the shower head even after you are done showering. Thus the remaining water will begin to drip until it completely empties.

After that, immerse the entire shower head in vinegar for seven hours, and take it out afterward. Clean the rain shower head pores with a pin and brush its surface gently with a rigid brush. Then, reinstall the head back to the pipe, set the shower to hot water, and turn it on.

To solve this, you will need to change the worn-out rubber washer and replace it with a new one. This should be very easy to do if you know what the washer looks like. The washer is a black ring-shaped rubber material found in your shower's diverter valve [on and off control knob].

Tighten Or Change Your Diverter Valve

A loose diverter valve won't be able to restrain water force/pressure effectively. This would mean water can escape through the pipes to the rain shower head, even when the knob is turned off. Such an issue will lead to an uncontrollable dripping of water from your shower head.

To solve this issue, it is best to call a plumber to help you tighten the diverter valve for complete water restriction when shut off or change it entirely.

What Causes Rain Shower Head To Drip After Shut Off? 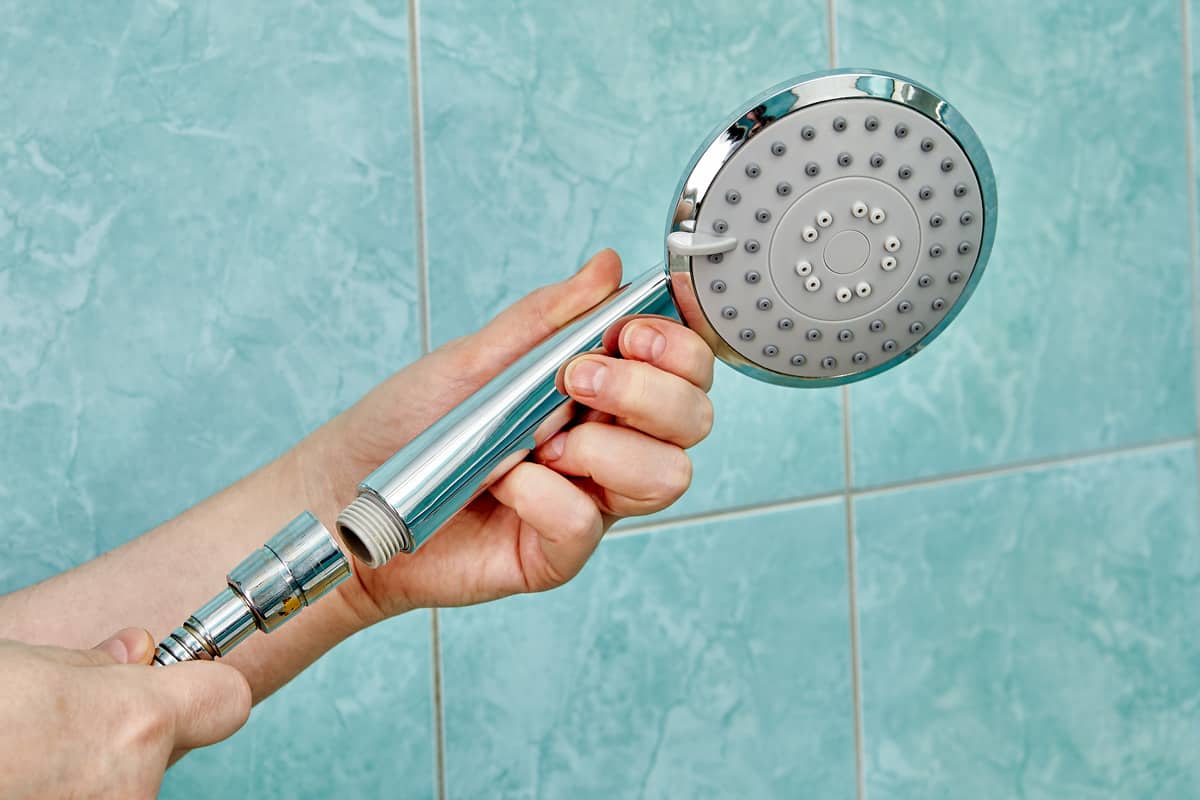 Some problems could lead to the dripping of the shower head following shut-off. Here are some of them:

This is the most frequent reason for a dripping shower head. When debris restricts the free flow of water through the pores of the shower head, it will retain water in the head even after the shower is shut off. This will then lead to the dripping of water from the shower head.

This is another reason why the rain shower head drips after shut off. This problem should be tackled as soon as possible to stop the dripping.

A loose or faulty diverter valve will not be able to function as it should, causing water to drip from the shower head even after closing it.

How Much Does It Cost To Fix A Leaking Rain Shower Head?

The cost of fixing a leaking rain shower head depends on the cause of the leak. If the cause is something that can be addressed or solved easily and doesn't require replacing any part, it won't cost a lot to get the leak fixed.

If the problem requires replacing parts, you will need to buy the needed element and pay for the services. Sometimes, you may need to buy another showerhead. The amount you spend on purchasing a showerhead depends on the type. A single wall-mount showerhead is the most basic type. If you go for a more luxurious one like the adjustable head, you will spend more.

If you are getting a professional to install the new head, you may spend anywhere from $50 to $100 for the service fee. This covers the removal of the showerhead and replacement, excluding the price of the showerhead itself.

The single spray showerhead, which is the most affordable, costs anywhere from $5 to $50. But this depends on the features you are going for. The dual showerhead is one of the most expensive types and comes with heads controlled with a lever. They cost about $100 to $1,000. This price varies based on the type of each head.

You can save money by installing it yourself since it is a doable task. Without the service fee, you will pay for other essential materials, including Teflon tape, an adjustable wrench, slip-joint pliers, and the head.

Click here to see this adjustable wrench on Amazon.

Click here to view this slip-joint plier on Amazon.

Do You Have To Turn Off The Water To Change The Shower Head? 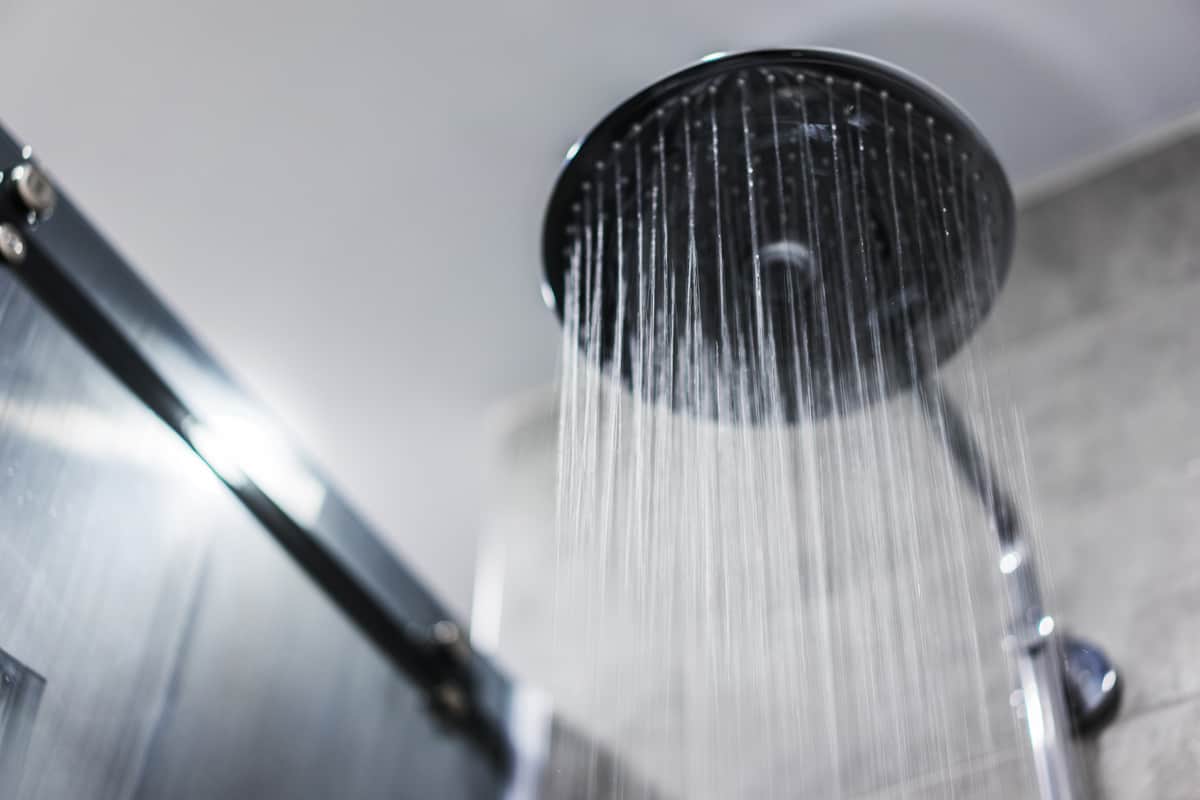 You don't necessarily need to turn the water off before changing the shower head. Start unscrewing the head by turning it with your hand counterclockwise.

Almost all heads are not screwed, but you should remove the screw first if yours is. Removing the screws can be tricky since it is old and may be corroded. In this case, you will need a wrench.

How Much Water Does A Dripping Shower Waste?

A slow leaking shower will release about ten drops every minute which means close to one gallon of water is wasted a day. This will sum up to about 28 gallons or more per month and about 330 gallons a year [if the leak lasts that long].

How Often Should Shut-off Valve Be Replaced? 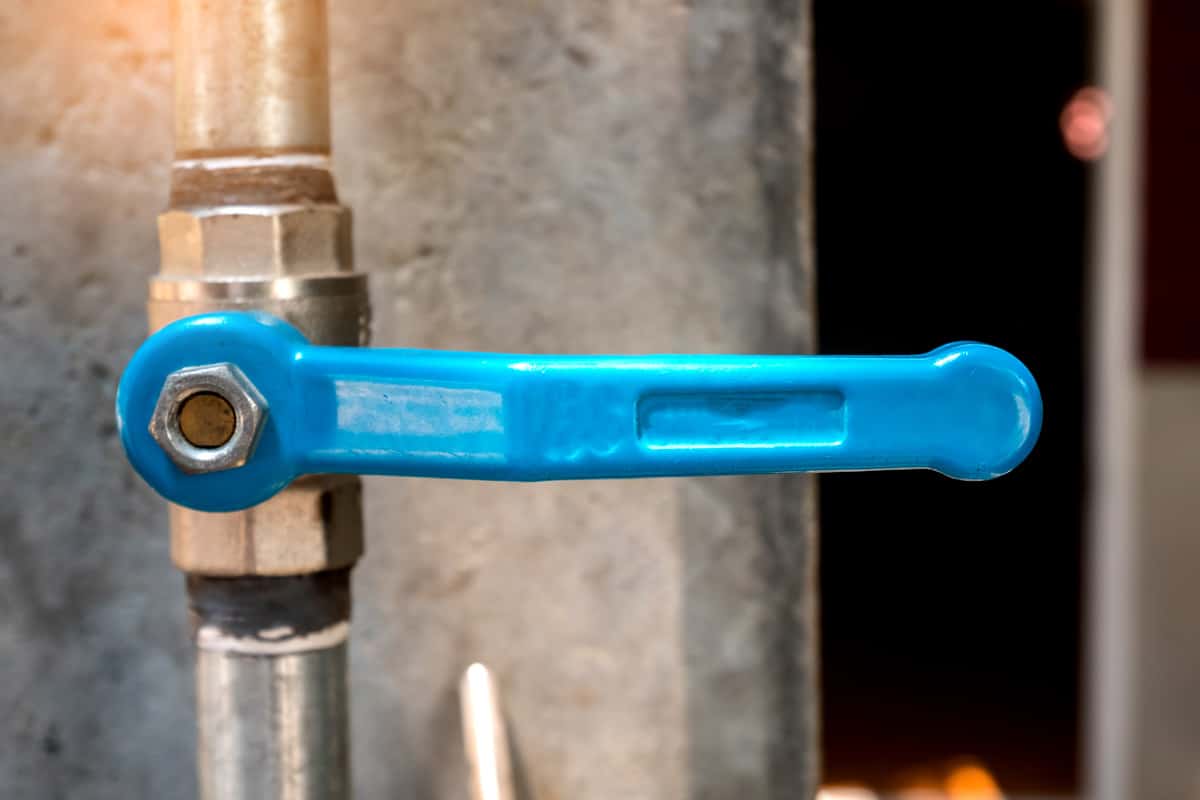 A shut-off valve can last for up to 10 to 15 years. So, if you have plans to replace your shut-off valve, you should check if the valve is damaged and how long it has lasted.

The shut-off valve for your shower is located on the wall of your shower room. You may not know that the valve is located between the faucet and shower. The valve controls and directs the flow of water from the faucet to the shower. 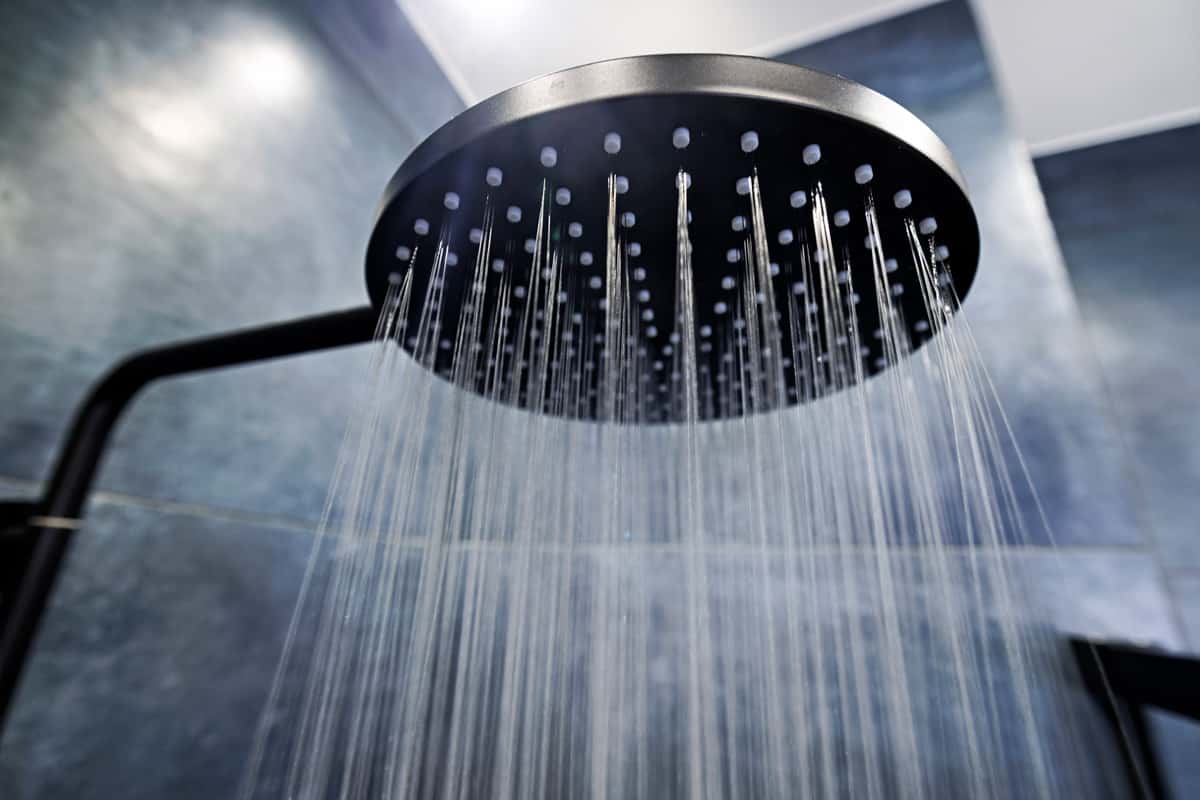 If you have a shower head that drips after shutting off, you need to check it out to determine the source of the problem so it can be dealt with. You can fix the problem since it is an easy-to-do task. But make sure to contact a professional if you can't do it yourself.

Shower Making Loud Humming Noise - What To Do?

Matte Vs. Glossy Tile: Which Is Better For A Shower?

How To Install LED Strip Lights On Ceiling?

Does Wood Glue Work On Plastic?

Garbage Disposal Mounting Ring Stuck – What To Do?

Durabond Vs. Easy Sand: When To Use Which?