Modular houses can be a cheaper option that includes many “must-have” qualities you want in a home. But you might want a basement as well, and you’re not sure if modular homes can be built on a basement. We compiled all the info you need to see if you can get that perfect modular house you want and a basement to make it your dream home.

Yes, modular homes can be placed on foundations with a basement. The foundation is prepared on-site, and when it is ready, the modular home is delivered and placed on top. Foundations can easily be designed to include a basement, but they are not feasible in every situation. Whether you can build a basement or not depends on where you live, your budget, and the local building codes.

While we can’t cover every set of local building codes, we will go over some areas where you might not be able to have a basement. We’ll also look at some modular home basics, the cost of building a basement, and other ways to add extra space to your home. 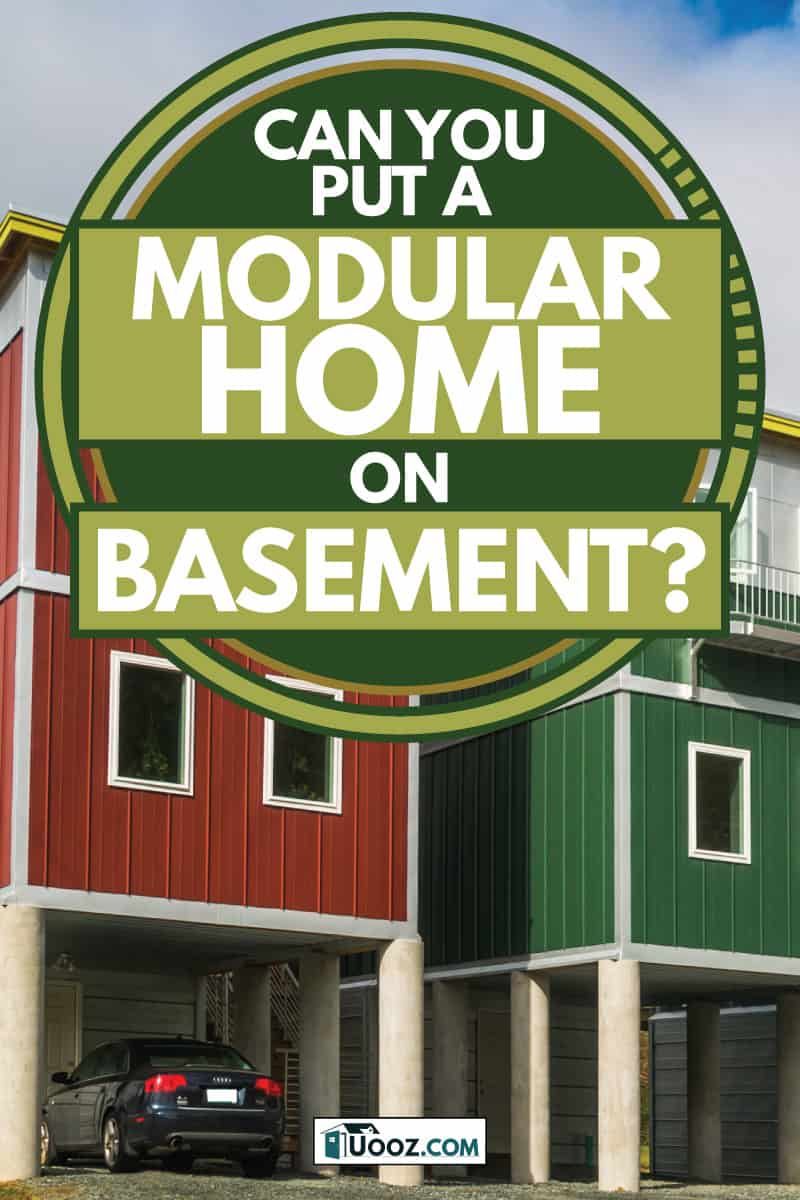 The Basics of Modular Homes 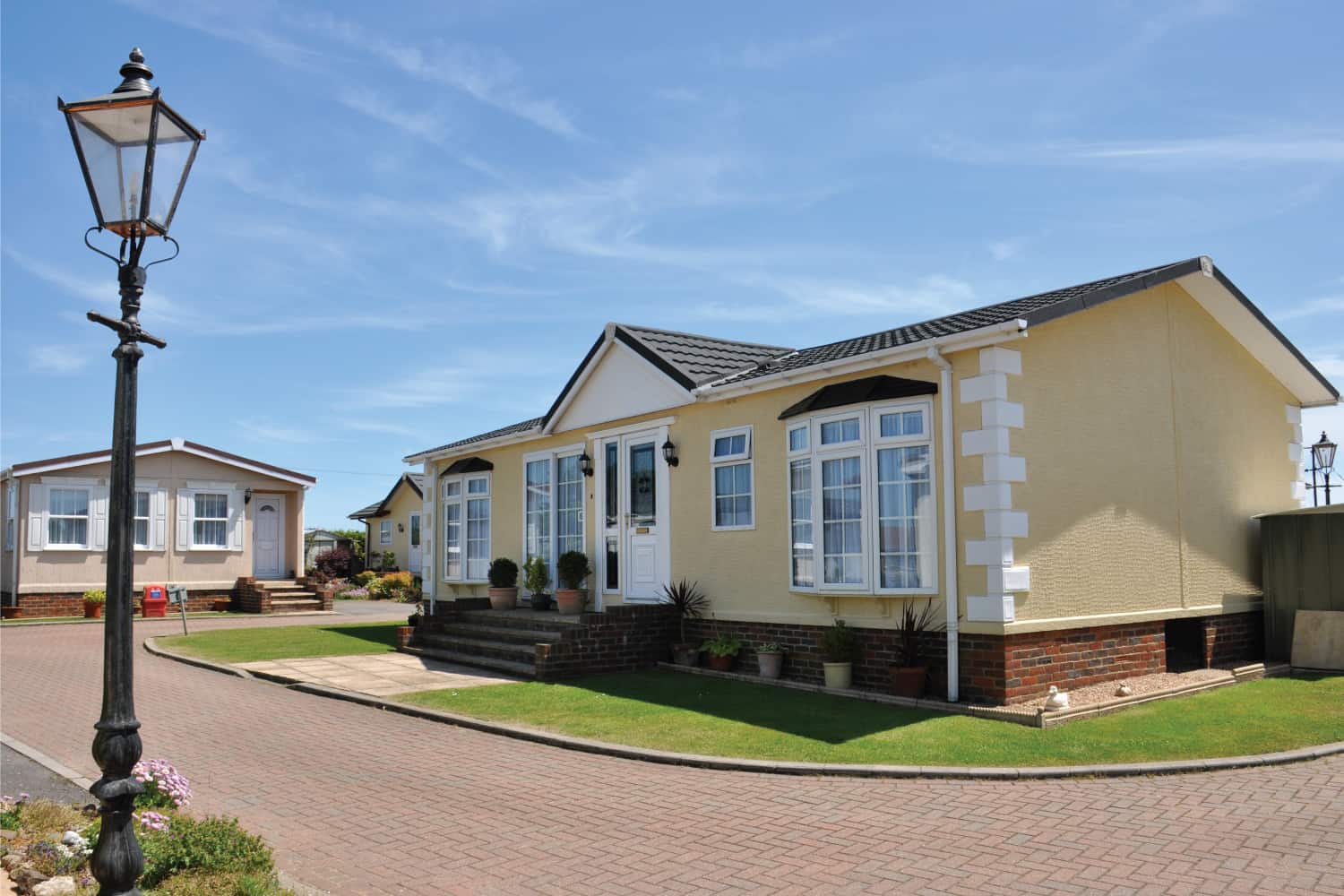 Modular homes are factory-built homes that are transported in large, preconstructed pieces to the property. All modular homes need to be placed on a compatible foundation, which usually means custom-building a foundation to fit the exact size, shape, and other floor plans requirements. Modular homes need space underneath them to set up the plumbing, wiring, HVAC, and other integrated systems. As a result, slab foundations won’t work with most modular homes.

When planning for a foundation, you have two choices: crawl space or a basement. Either one needs to be selected at the beginning of the process, and it’s usually difficult or impossible to change your choice once the work has begun. This choice will greatly impact the entire process, so take your time deciding which type of foundation you want. If you go with a basement, you need to decide the dimensions of that as well.

Sometimes your climate and location will make building a basement impossible. Some factors like sandy soil, clay, and proximity to water will limit where basements can be built, regardless of whether you’re getting a modular home or not.

How Much Does It Cost to Put A Basement Under A Modular Home?

The cost of building a basement for a modular home depends on the size of your basement and the company you hire. Shop around to find competitive prices and see what’s included in each package. For example, an 8ft tall basement with an egress window and set of stairs can cost from $29,000-$33,000 for a 1,600 square foot home floor plan. In this case, some tiling and other items are included in the cost. Since the specifications for a basement are included in the foundation’s design, you can generally view the price of the basement as the price of building the foundation itself.

This doesn’t mean there won’t be any other costs besides the modular home: you also have to set up HVAC systems, utility hookups, etc. There’s a long list of local building codes for basements and modular homes as well, so there might be some hidden costs to get your basement up to code.

Why Are Basements So Popular?

Many homeowners would love a basement for various reasons, but the major one is the additional square footage. Most basements are used for storage, but finished basements can be used as a nice recreational space that doesn’t increase the home’s footprint. Basements can also provide protection from extreme weather conditions like tornados in some parts of the country. In general, people feel much safer with a basement in case of some sort of emergency. You can even read our article that covers whether or not a basement can protect you from a nuclear bomb.

How Big of a Basement Can Be Put Underneath A Modular Home? 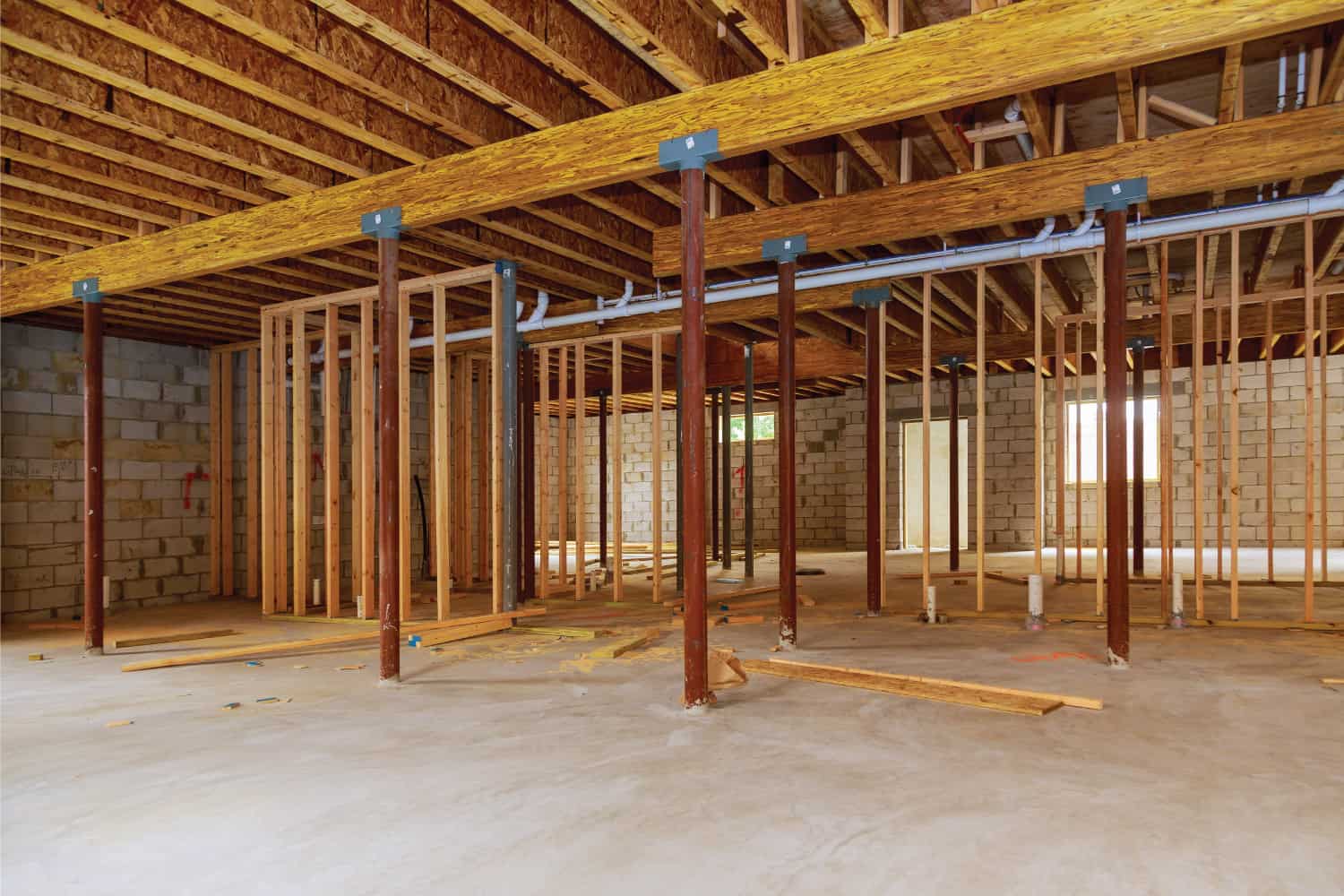 The only true limits on how big of a basement you can build are how much it costs and whether it’s up to local code. It’s possible to build basements that have more square footage than the main house, but the high costs and extra headaches tend to force the average homeowner to avoid it. Many owners opt to build a full basement (one with the same square footage as the main house) to a smaller or partial basement with less footage than the house.

The strict regulations on basements can make it more expensive or difficult to build larger ones. For example, building codes can specify the height, spacing, and placement of pipes and wires in your basement ceiling. The codes are in place for safety, so you might be forced to change your basement's layout or design. Other factors can limit the size, such as the location of bedrock or other natural formations that are expensive to dig out. A smaller basement plan minimizes the chances that you’ll hit expensive rock deposits and other roadblocks during the digging process.

In theory, yes: a modular home should last as long as a traditional stick-built (constructed on-site) home. Modular homes need to adhere to strict building codes, and they are built with the same materials as stick-built ones. Some companies claim that their modular homes will last longer than stick-built ones because a controlled factory setting minimizes the chance of inconsistencies or problems encountered while building on-site. You might also be able to find better extended-warranties and guarantees on modular homes and their parts.

Not all modular home manufacturers are created equal, so you’ll have to do some research to find a company with good reviews. While the materials and manufacturer can definitely impact a home’s durability, the biggest factor comes down to how well you maintain it. In general, most houses will last if you do the proper up-keep.

Can You Add A Modular Home to An Existing Home?

Yes, you can add modular home additions to an existing home, but it’s not possible in all cases. Some homeowners find that deed restrictions prevent them from adding modular home additions. These restrictions are often area-based, so you can find them by contacting your local zoning committees or departments. The modular addition still needs to be placed on a foundation, and the foundation has to fit the modular section perfectly for a clean fit. If building additional foundations to fit isn’t an option, you probably can’t add a modular addition. You’ll also need ample room on the property for a crane to lift and place the modular addition when it arrives on site.

Can You Add A Second-Floor Using Modular Homes?

The good news is that you don’t always have to build-out and lay more foundation: you can build up with modular additions. You can add a second story to a one-story house, which adds tons of square footage without increasing the home’s footprint. Second-story modular additions are easily added to existing modular homes (especially from the same company). The pieces are roughly the same size and often built with future expansions in mind.

Adding a second story to stick-built homes is possible but a bit trickier. Some existing home designs aren’t compatible with a second-floor modular addition. You should always contact your general contractor and ask what types of modular additions you can add. Even if possible, the contractor might see potential issues that would make a stick-built addition a better option.

Modular homes can be cheaper alternatives to building a home on-site, and they provide a lot of benefits. You can build a basement under them for more space, but local codes and other conditions might not allow you to have one. Constructing a basement might be more expensive than making a crawl space, but the extra room is often worth it. Now that you know you can get a basement, it's time to check out whether you want carpet or laminate in your basement and which is the best option for you.

How To Grout Outside Corners

Can Epoxy Flooring Be Used Outside?

Roof Leaking Where Porch Meets House – What To Do?

How to Fix A Gurgling Bathroom Sink