If you own or are considering purchasing a house with a sizable attic, you may be wondering if it is considered another story. Between building codes, appraisal guidelines, and real estate terminology, determining what constitutes a story can be confusing. We have done all of the research on attics, half stories, and full stories and can help you make sense of it all.

There is much more to consider, such as whether or not the attic space is habitable and how it is accessed. Not all attics are the same, so continue reading to find out more. 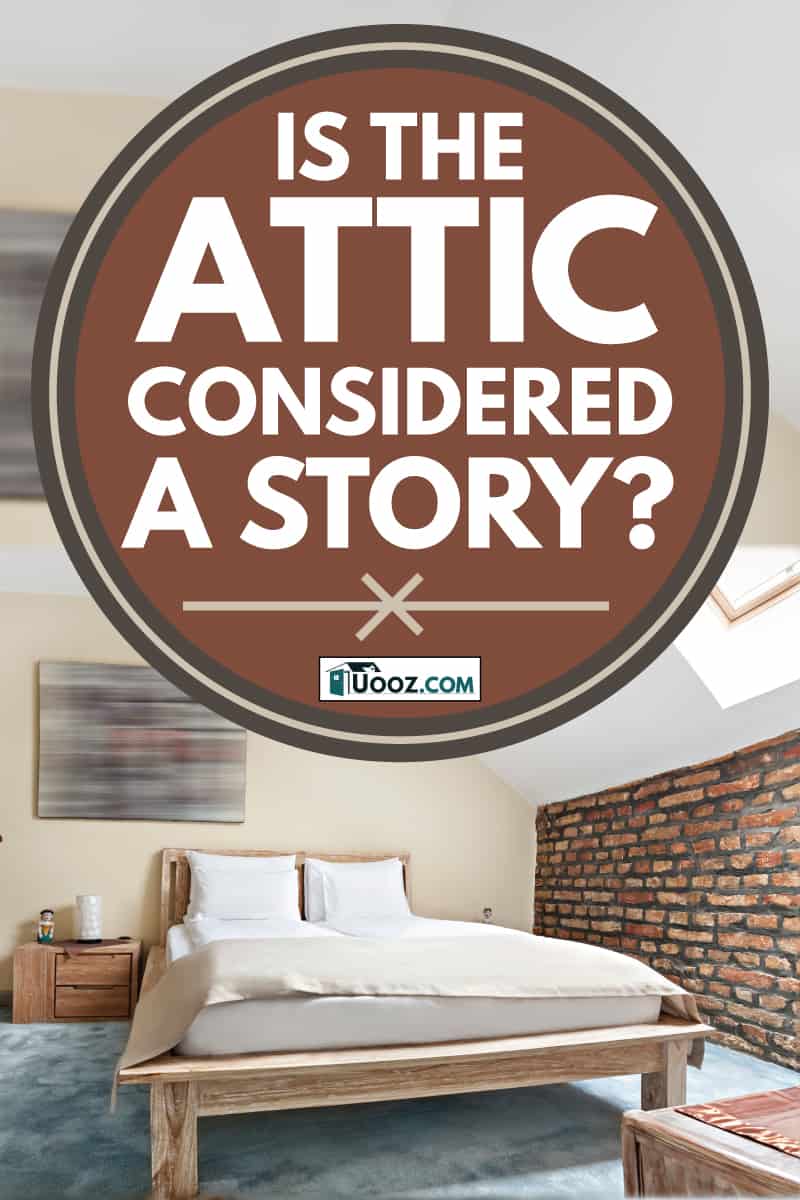 How Are Attics Classified?

Attics are considered habitable or non-habitable. Though building codes vary by city and state, most follow the International Residential Code (IRC), which considers an attic habitable if it meets the following conditions:

Additionally, the attic must be accessible by a staircase that is at least 36 inches wide and provides at least 6 feet 8 inches of headroom for the entire length of the staircase.

Any attic that doesn't meet those requirements is considered non-habitable. Non-habitable attics still add value to a house since most people appreciate the extra storage space they provide.

Can An Attic Be Renovated Into Another Story?

Unless the house was built with 8-feet walls in the attic, adding on a second story will involve removing the attic area and building another story in its place. Adding a second story is a major renovation and will have to be done when no one is living in the house. If you'd like to go this route, it would be ideal to do it before you move into your house.

Most attics have knee walls, which are short walls that are often under 3 feet in height. Because of this, meeting the requirement for ceilings that are no lower than 5 feet can be difficult. Adding dormers can increase the ceiling height and give you additional space.

Adding dormers and finishing an attic to make a half story is a much smaller project that can be done while you live in your house. This is probably a better option if you're already living in your house. It won't give you as much livable square footage as adding another story, but it's not nearly as expensive, either.

If you do have a renovated attic space, room dividers are a great way to provide some more division and visual interest in the space.

Click here to check out this room divider on Amazon.

Are There Any Attics That Can't Be Finished?

Attics that were built with manufactured roof trusses aren't usually worth the expense of finishing. These attics have cross beams that are necessary for the structural integrity of the house. They support the roof above and the ceiling below them, so removing them in order to finish the attic is a major expense.

These types of trusses are used in many homes built within the last 20 years. If you have these and want to add another story, then they can be removed when the additional story is being built on.

What Is Considered An Attic?

Any space between the roof and the highest floor of a house is considered an attic. A scuttle attic is one that is only accessible through a hole in the drywall. Attics can also be accessed by a pull-down ladder or by a door on an upper level.

Click here to see these attic stairs on Amazon.

What Is Considered A Finished Attic?

The American National Standards Institute, the standards which all real estate appraisers must follow, further stipulates that the attic has to be finished to the standards of the rest of the house. If the attic is finished in a significantly different way, such as being cooled by a window unit while the rest of the house uses central air, the square footage will not be counted as much or perhaps not at all.

Does Finishing An Attic Increase Value?

As long as your attic meets the standards outlined above, finishing it will increase the square footage of your house and add some value. However, you probably won't recoup your investment. Finishing an attic can be expensive, with an average cost of $75,000 to $80,000.

One reason attic renovations are so expensive is that you have to consult with an architect. Attics are not designed to carry as much weight as a standard floor on a house. Since they are used mostly for storage, you may have to do some major structural work in an attic before it can handle the weight of a living area.

If you do renovate your attic, you can expect to see a return of about 53 percent on your investment when you sell, according to a survey done by the National Association of Realtors. The same survey showed that most people were very happy with their decision to renovate their attic. If it's something you've been wanting to do, it may be worth it, especially if you don't plan to sell your house anytime soon.

It's also worth considering the location of your home when deciding if an attic renovation is worth it. If your house is in a rural or suburban area, where land is plentiful and you can add on by building out instead of up, it may not be worth it. If you are in an urban area where land is at a premium, renovating the attic may be the only option for increasing your square footage.

Is A Loft Considered A Story?

A loft must meet the same criteria as an attic in order to be considered a story. Unlike attics, lofts are often open to the floor below. As long as they have ceilings that are at least 7 feet high and meet the other IRC guidelines, they will be considered in the overall square footage of a home, but won't be considered an extra story.

Even though an attic is not considered an extra story, renovating it may provide you with more living space and increase the value of your home. If you have an attic you'd like to remodel, your first step should be to consult with an architect. A qualified architect will be able to assess your attic and let you know if finishing it will be a worthwhile investment and what your next steps should be. 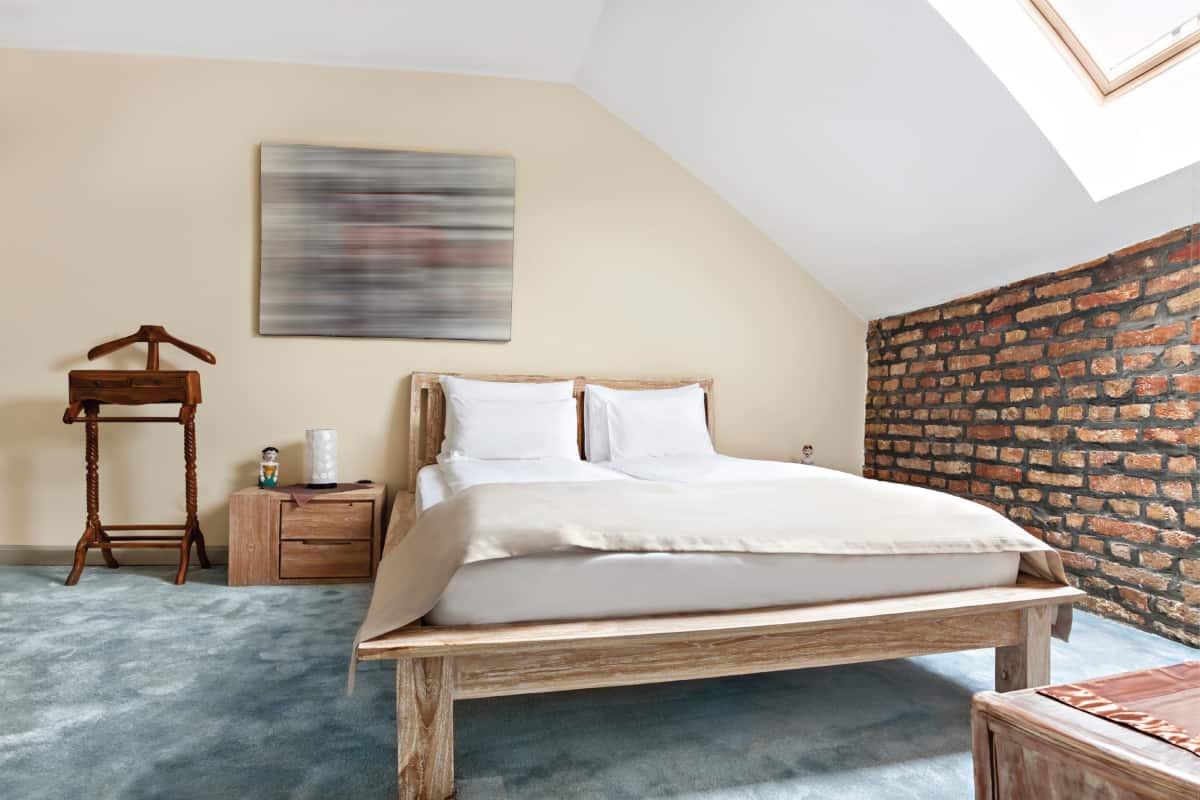 Before you go, be sure to check out these other insightful articles:

Can You Store Clothes In The Attic?

What Is The Difference Between A Hip Roof And A Gable Roof?

Is Pex Plumbing Easy To Install?

Should You Paint Copper Pipes [And How To]

How To Stop Copper Pipes From Making Noise

Should You Mop The Floor With Bleach?

Can You Paint Over Polyurethane? [Even Without Sanding]