Do you have a new Bosch laser level, and do you want to know how to use it for your DIY projects? You’ve come to the right place, for we have researched this question, and we have the answer for you.

Here is a summary of the steps to use a Bosch laser level.

What is a spirit level?

A spirit level, a bubble level, or a level is an instrument that carpenters use to determine if a surface is level or plumb. 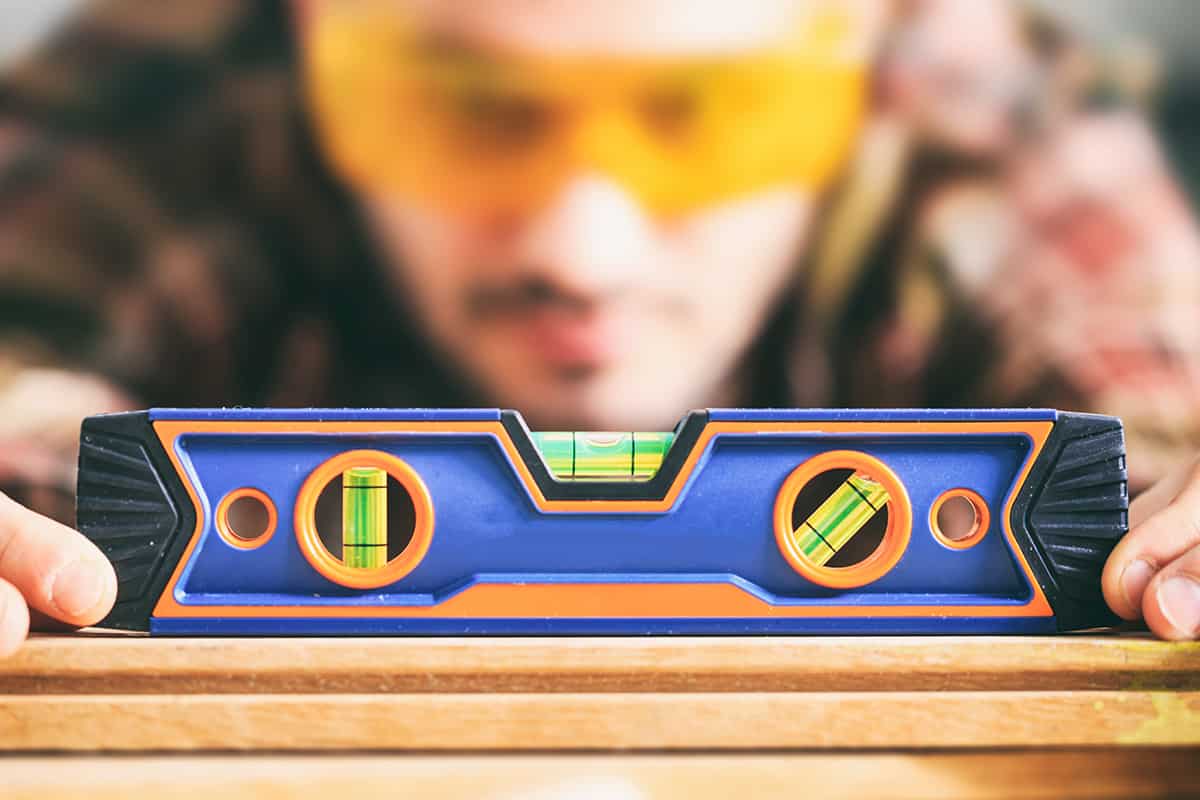 The word plumb, on the other hand, refers to how close or far a surface is to becoming perpendicular to the horizon. The more plumb a surface, the closer to 90 degrees it is with the horizon.

The most common spirit level tool is the tubular spirit level. This is a small cylinder of neon green liquid with a small bubble. Two lines bound the middle area of the cylinder. 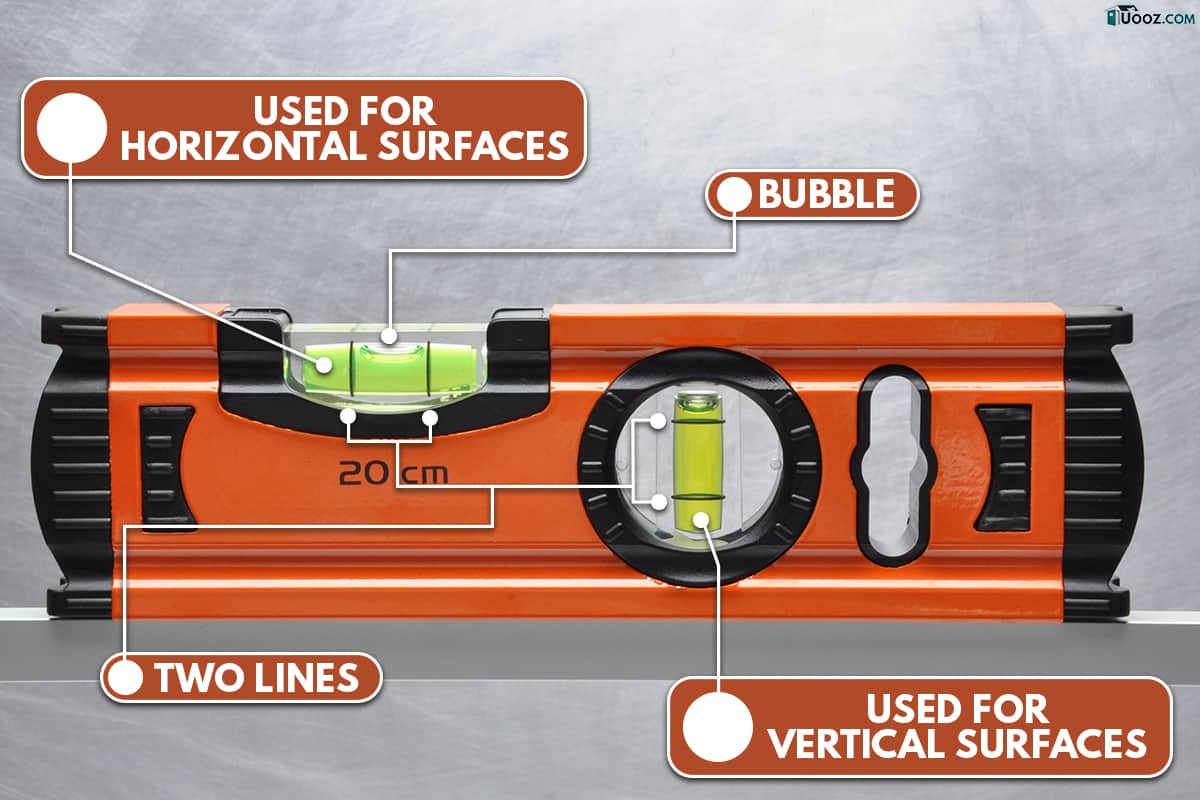 When the bubble is at the center of these two lines, then the position of the tool indicates the level. When the cylinder is in a perpendicular position with a straight tool, you can use it to determine the plumb too.

What is a laser level?

A laser level employs a low-frequency—red or green—laser beam and projects it on a plane. You can then mount the laser beam projector on a tripod to keep it stable. 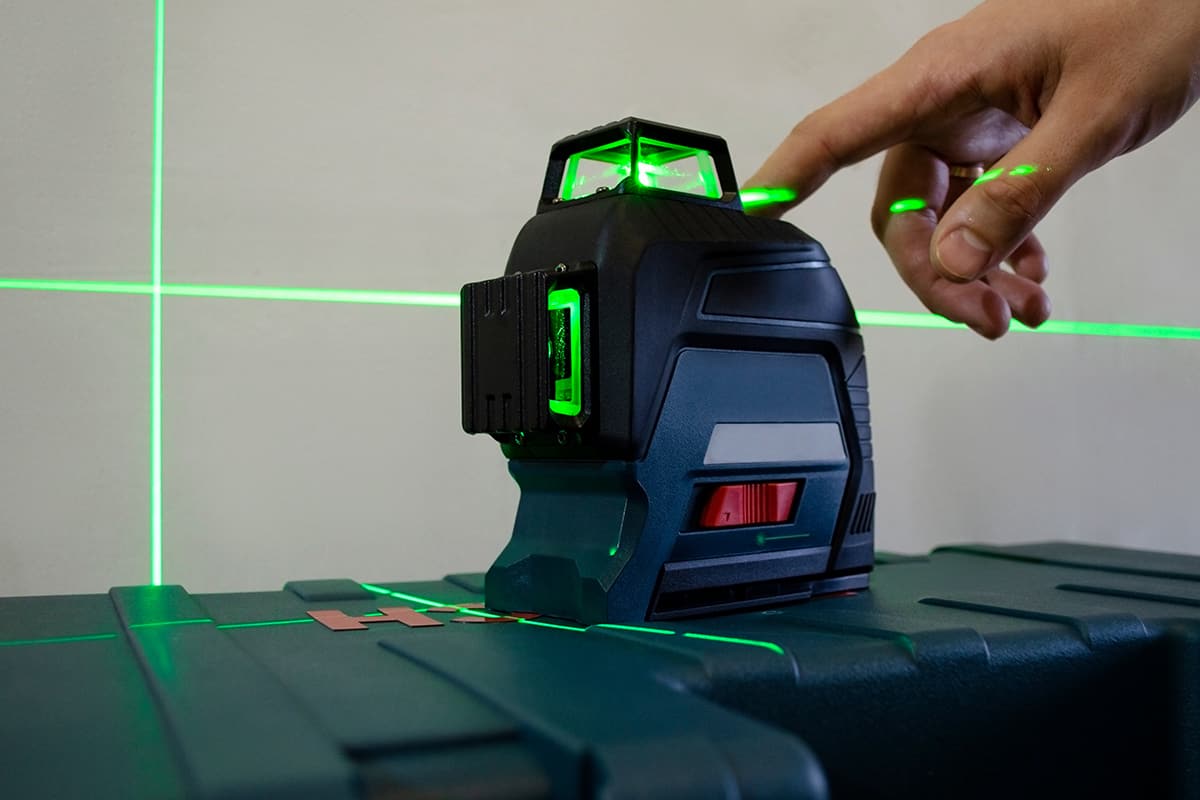 The development of this technology started in the 1960s, but the first design was patented only in the 1980s. Newer laser-level designs use an auto-leveling feature that allows the laser to automatically find the correct level when projecting the horizontal and vertical reference lines.

Further development of the technology allows more complex laser levels to project a laser plane instead of a simple line. Laser planes are like invisible level or plumb planes on your worksite that will mark a line on the walls, ceiling, and floor of a room where the plane intersects.

Thus, a laser leveling plane makes it easier and faster to work on large-scale projects.

The advantage of using a laser level is that it provides you with a level reference line that can project for hundreds of feet. This makes it more effective than a chalk line—which is dependent on a separate leveling tool for accuracy.

How to use a Bosch GLL 30 laser level? 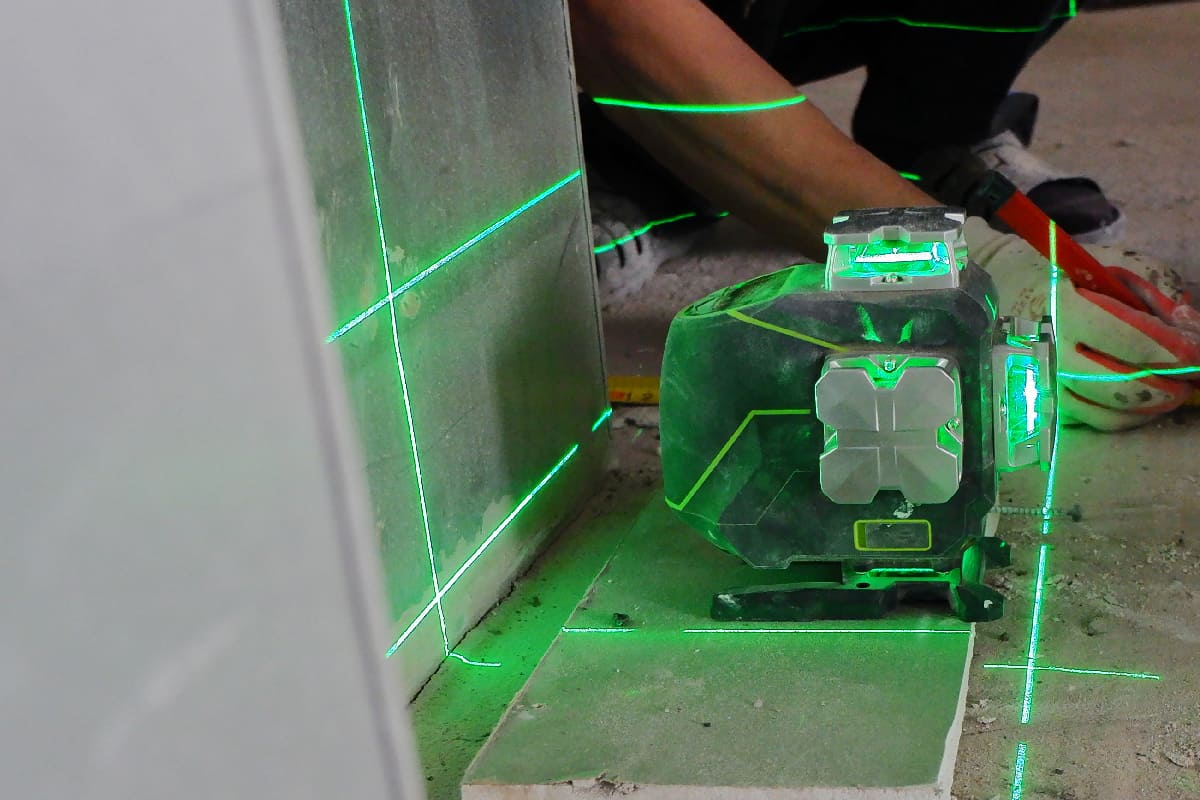 Here are the complete steps to using the base Bosch laser level model.

The most basic feature of Bosch’s laser levels is the crossline laser that provides a level and plumb reference for mounting on walls. Different models have additional features as the models become more expensive.

The Bosch GLL 30 has the standard red crossline laser and the auto-leveling feature. Its power switch also serves as a lock for the auto level pendulum inside so that the laser will not move and hit the walls of the level when you travel with it. Turning off the GLL 30 will also lock the laser in place.

BOSCH GLL30 Self-Leveling Laser Level is available on Amazon through this link.

This model is the same as the GLL 30 except for the color of the laser. The GLL 40-20G uses a green laser which is brighter than the red laser of the GLL 30. A green laser projects a little farther than a red laser because it is brighter.

Bosch GLL40-20G is available on Amazon through this link.

The GLL75-40G also uses the same green laser technology, albeit more powerful. Its green laser is up to 4X brighter than a red laser, making it project up to 100 feet away.

Additionally, there is a top button that allows you to activate the horizontal laser, the vertical laser only, or both. Pressing the same button will allow you to cycle between the different projection modes. It will project the crossline laser by default.

The power switch is also a three-way toggle. You get the “Off” position that locks the laser in place, the standard “On” position, and the locked pendulum position. The third option allows you to turn off the auto-leveling feature. When the auto leveling feature is off, you can set the GLL75-40G to work at any angle, giving you a reference plumb and level reference at any angle.

BOSCH GLL75-40G is available on Amazon through this link.

Additionally, it projects a 360-degree vertical and horizontal laser level.

The GLL3-300 provides two vertical 360-degree laser planes and one horizontal 360-degree plane. The leveling plane projects the laser from the walls to the ceiling and to the floor.

This is useful for installing something on your walls that need to be level across the walls, ceiling, and floor of a room.

It uses the same three-way toggle switch for power and locking the auto-leveling feature.

Bosch GLL3-300 is available on Amazon through this link.

The GLL3-330C has all the features of the GLL3-300—including the red laser beams.

Additionally, you can connect the GLL3-330C to your smartphone via Bluetooth. Download the free Bosch leveling remote app to access the features of the GLL3-330C on your smartphone and control it remotely. The app will also inform you if there is an accuracy problem through the CAL Guard technology.

Bosch GLL3-330C is available on Amazon through this link.

CAL Guard is a self-monitoring technology that is present in some of Bosch’s laser-level tools. It monitors the tool for any situation that could affect its accuracy.

Possible situations that can affect the accuracy of the tool include extreme temperatures, impacts, and extended use.

The CAL guard will alert you through your smartphone to inform you of these risks to the accuracy of the tool. You can then decide to perform actions that will mitigate the risks affecting the tool’s accuracy.

Bosch GLL3-330CG is available on Amazon through this link.

Using the Bosch laser level is the same across different models. Additional features to the base features are easy to use.

If you found this article interesting, why not check the two articles below too:

How To Level An Uneven Concrete Floor In 4 Steps?

Does A Floor Have To Be Level For Laminate Flooring?

Can You Mix Flat And Satin Paint?

How To Tell The Age Of A Milwaukee Tool

How Much Does Galvanized Pipe Weigh?

Should You Store Firewood In Your Garage?

Are Gutters Hard to Install? [Can This Be Your Next DIY Project?]