Exhaust fans in mobile homes are especially important, as they're responsible for keeping the small space in the bathroom well-ventilated. But just like any other fan, these exhaust fans can wear out over time, making it necessary to replace them. But what's the best method to do this? We've researched the best method to replace these fans, and in this post, we will share it with you.

Here are the steps to replace an exhaust fan in a mobile home:

The housing around the exhaust fan in a mobile home is similar to that of a typical home. However, there are a few details that you will need to know before installing the new fan. Continue reading to learn more about the steps involved in this type of project.

Just as with any other electrical project, you want to make sure that the electricity in the mobile home is switched off completely before you begin working on the fan. In a mobile home, the circuit breaker box is typically located on the inside wall near the back or front wall. If you're unsure about how to turn the power off in the mobile home, you may want to contact a licensed electrician. 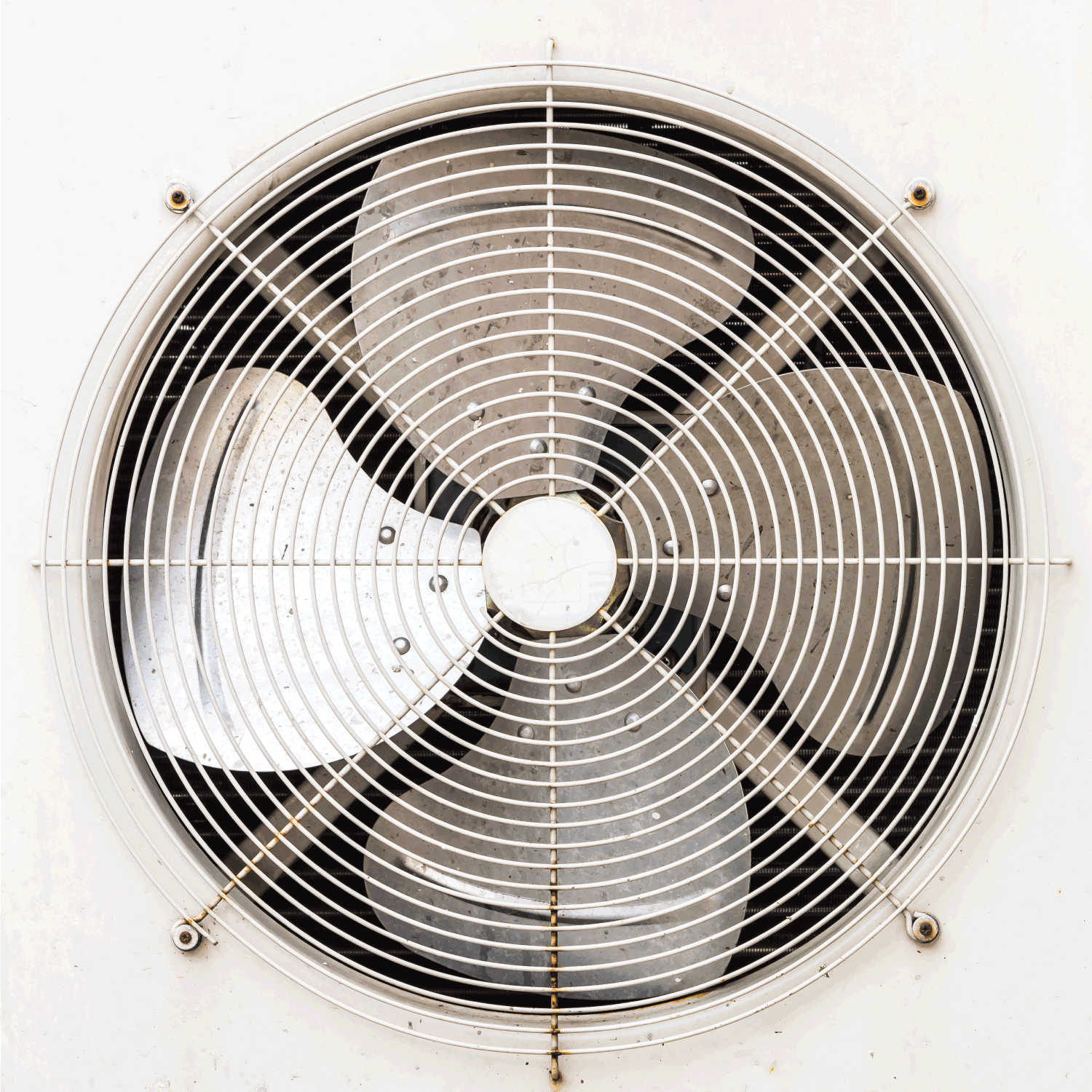 1. Take off the fan cover

First, try to turn on the fan to ensure that the electricity is completely turned off and that there is no power going to it. Next, remove the cover of the fan by unscrewing the four screws located on its exterior. Keep in mind that you may need a small step ladder or stable chair to reach the exhaust fan.

Check out the screwdriver on Amazon.

Once you remove the fan cover, the fan and the attached motor should be visible. It's best to take a picture of the position of the fan, motor, and wires so that you know how to position the replacement fan. Next, unfasten the mounting screws of the motor with a screwdriver, and then use your hands to wiggle it away from its position. Unplug the power supply, which should be located right next to the motor. Then, disconnect the current wiring by separating each joint wire from one another.

Next, grab your screwdriver and unscrew the fan box. You may need to push the box into the ceiling as you unscrew it. Be careful when removing the last crew, as not to drop the box during the process. You'll also need to disconnect the vent pipe by removing any duct tape attached to the box.

If there are any wires in the back of the box, unscrew them as well. Once everything is unscrewed, you should be able to pull out the fan box through the hole in the ceiling-it may need to be pulled out at an angle.

Next, take out your new fan and set the screws aside. Then, install a brand-new Romex connector through the half-inch hole located on the side or top of the new fan box. If you don't have a Romex connector, you can use a bushing sleeve instead. Next, attach the new vent flapper to the front of the fan box. Once you've installed the connector or sleeve, be sure to tighten it so that it is secure.

Next, look at the instructions that came with the fan to connect the new wiring and wiring nuts properly. After you've connected all the wires, replace the cover on the junction box and secure it in place using the exterior screws.

5. Place the fan box in the ceiling

Take the fan box with your new exhaust fan and gently place it into the ceiling hole next to attach the vent pipe from the ceiling onto the flapper. Then secure it with vent tape. Screw the box into the ceiling using the drywall screws that came with the kit. Once the ceiling box is secure, plug in the power cord for the new fan and place the fan cover over it.

Now it's time to test the new exhaust fan. Turn on the power to the mobile home. Next, turn on the fan and let it run for about 15 to 20 minutes to ensure that it runs continuously.

How Much Should It Cost To Replace A Bathroom Exhaust Fan?

What Causes A Bathroom Fan To Stop Working?

There are a few different reasons that may cause a bathroom fan to stop working. Let's take a look at the most common ones.

The fan grill is dirty

Cleaning the fan's grill at least once every six months to a year is essential to preventing clogs and limited airflow--which can cause a fan to stop operating. You can vacuum the grill to remove any dirt, dust, or debris or use a lint-free cloth to wipe it down with a little soapy water. You can also use a scrub brush to remove debris as well.

Read more about this lint-free cloth set on Amazon.

The fan dampers are stuck

The dampers on the fan can also become stuck. This is usually caused by everyday wear and tear, though it can also be caused by dirt and debris. To fix this, you'll need to remove the exterior damper and clean away any debris that may be obstructing its movement. The interior dampers will rarely have this issue, but you can remove them and clean them with a stiff wire brush if they do.

Check out this stiff wire brush on Amazon.

If the bathroom is too airtight, there will not be enough air for the fan to remove from the bathroom. To operate, the exhaust fan needs to suck in air from the bathroom to warm up the duct and evacuate moisture. If no replacement air can get into the bathroom, this is impossible. To alleviate this issue, simply leave the bathroom door cracked a few inches while the fan is operating. You can also trim the door's bottom about 1/4 to 1/2 of an inch from the floor to help create a small space where air can enter the bathroom.

How Often Should You Replace The Bathroom Fan?

For the most part, you'll need to replace a bathroom fan every 10 to 12 years. Keep in mind that the frequency in which the fan is used will also determine how long it will last. Other things that will factor into its longevity include the quality of the fan itself and how well it's maintained.

What Is Code For Venting A Bathroom Fan?

The codes for bathroom fans are determined by the International Residential Code (IRC) and the National Electrical Code (NEC). However, the codes established by your local state, city, and town government will take precedence over these codes--as there are many exceptions. Let's discuss the two most important aspects of these codes.

The IRC states that all bathroom fans must be vented outdoors and not to a crawl space or an attic. There are also limits on the width and length of the duct that vents the fan. According to the IRC, all bathroom fans should stop at least 10 feet away from any vent intake openings. This means that you can't place your bathroom fan vent near any apparatuses that are sucking in the air-- for obvious reasons.

Additional codes require the exhaust to be a certain distance away from property lines and windows. It's best to check with your local government to learn more about these codes.

We hope that this post has helped illustrate the steps needed to replace an exhaust fan in a mobile home bathroom. It's always a good idea to consult a licensed electrician before replacing any interior fans, especially if you don't have any experience doing electrical work.

Before you go, be sure to check out our other posts:

How Much Does It Cost To Add Stairs To A Basement?

Should You Caulk Around A Bathroom Sink Faucet?

Dewalt Battery Won’t Charge – Why? What To Do?

Does Polyurethane Come In Different Colors?

Does Drywall Primer Work On Wood?

Can You Put Drylok Over Mold?

Can You Plaster Or Cement Over Copper Pipes