Did you recently remove a décor from your wall that left the remains of Gorilla tape, and you want to know if there’s a way to remove the tape residue from your wall? You’ve come to the right place, for we have researched this question, and we have the answer for you.

The first step to removing Gorilla mounting tape is to remove the mounted object before attempting to remove the tape. You might use a hairdryer or heat gun to soften the adhesion and loosen the tape. Then, starting with one corner of the tape, pull slowly to stretch it parallel to the surface of the wall.

Finally, remove the remaining residue by blotting with the tape's own backing or applying:

Let’s talk more about how to remove other types of Gorilla tape from surfaces in the sections below. Learn about how to best remove the residues of a Gorilla mounting tape and minimize any possible damage to the surface. 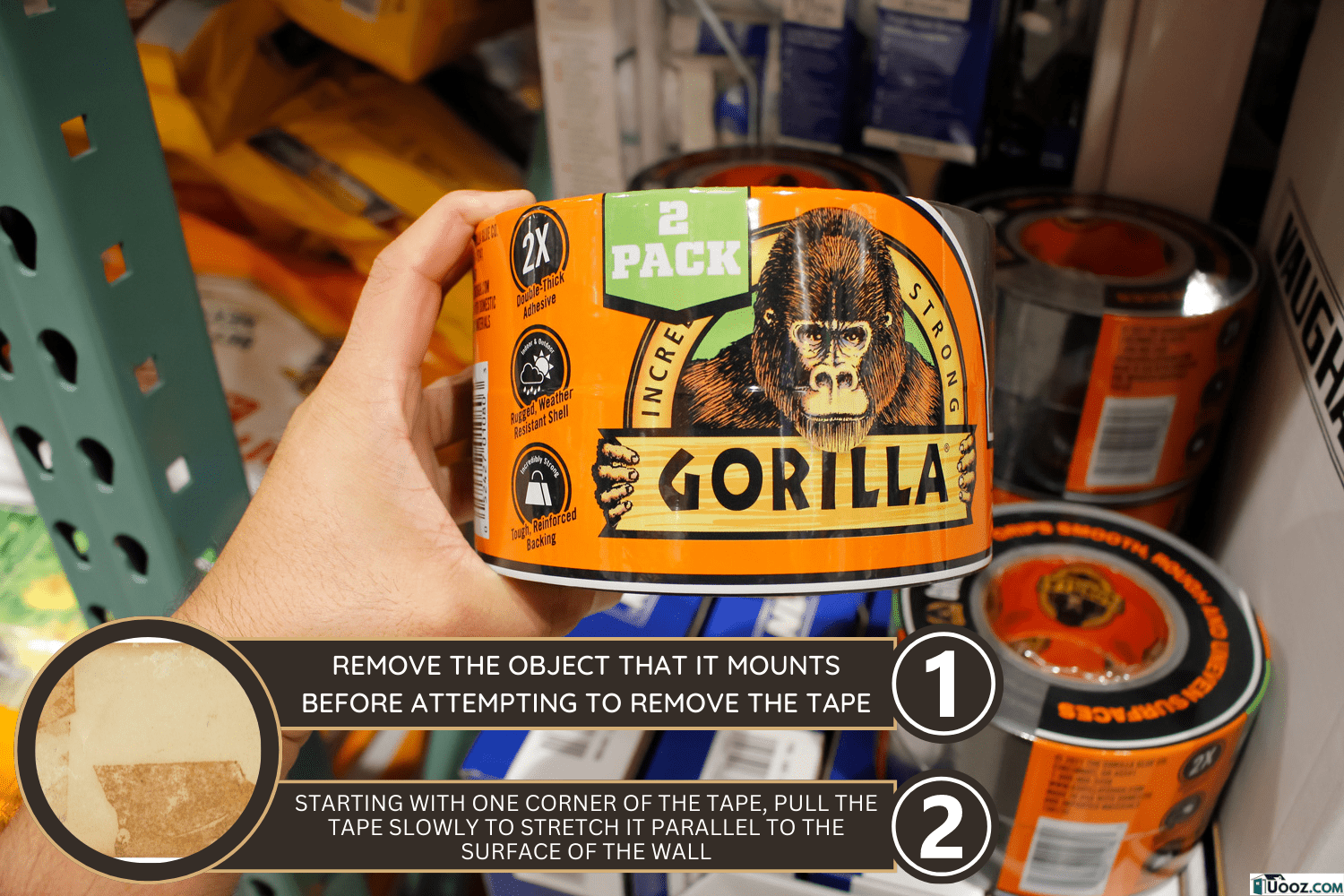 How do tape adhesives work?

Would you believe that the adhesive in tapes relies on a physical reaction to stick to surfaces? The adhesives in tapes are mostly made from acrylics, silicones, and rubbers. A resin is then added to these polymers to improve their stickiness.

The end result is an adhesive that is sensitive to pressure, hence their name—tape adhesives are PSA or pressure-sensitive adhesives.

The adhesives in the tape are solids that can flow like liquids when given enough force. This property allows them to move into the small pores on the surface of materials to create a stronger bond.

Every material—no matter how smooth it may seem—has small, microscopic pores and ridges on its surface. 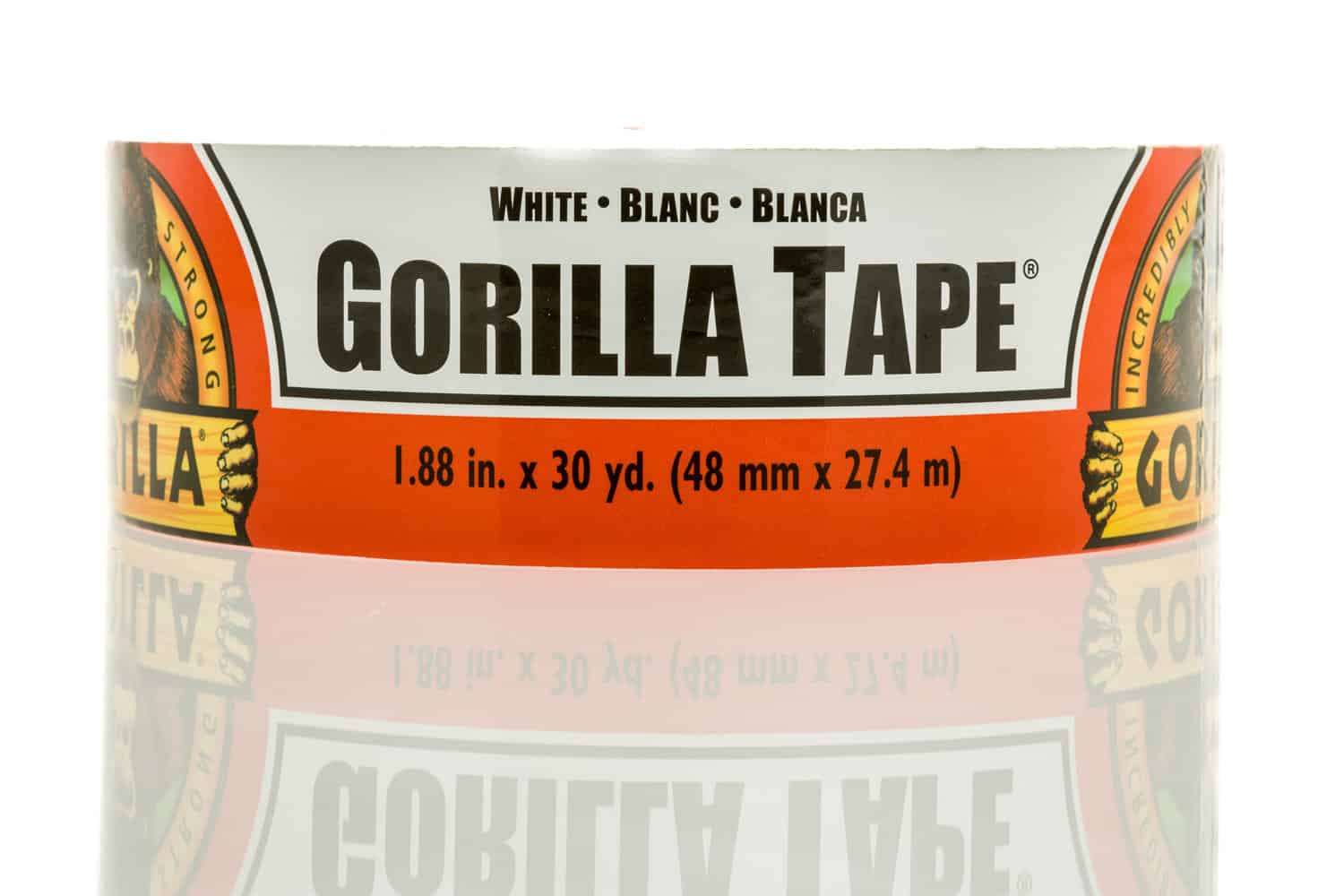 What are Van der Waal’s forces?

These are weak bonds that happen between molecules that have similar charges. Dipole moments in molecules can happen when the protons and electrons of a molecule are not evenly dispersed. These molecules can also create a charge in neutral molecules.

Van der Waal’s forces are vulnerable to distance, quickly vanishing once a great distance is present between molecules. However, despite this, they can enhance the adhesive properties of PSA in tape.

All adhesive tape, regardless of purpose, has four basic components.

This is the part of the tape that you see. It is also the component that holds the other components together. The backing can be plastic, cloth, or paper. Large rolls of backing go to a machine known in the industry as the “unwinder.”

During manufacture, a machine spreads a layer of primer on the surface of the backing. At this stage, the backing is a large sheet.

The adhesive is made from synthetic rubber, which gives it flexibility. A compound is added to give it protection against UV rays. This helps prevent the adhesive from drying out and discoloring.

An antioxidant additive will prevent the adhesive from aging while the tape is in storage. Lastly, synthetic resin additives give the mixture its stickiness.

The release coating is the final layer that is added over the adhesive layer. This thin layer prevents the tape from sticking to itself.

How to remove Gorilla duct tape?

Here are the steps that you can follow to remove Gorilla duct tape.

Removing the residue can damage the surface. Any of these methods should be first tested on an area to observe for any unintentional damage resulting. Use a method that doesn’t cause damage to the surface or the one that causes the least amount of damage.

Gamblin Gamsol Odorless Mineral Spirits is available on Amazon through this link.

Amazon Brand Solimo 99% Isopropyl Alcohol is available on Amazon through this link.

Goo Gone Original Liquid Adhesive Remover is available on Amazon through this link. 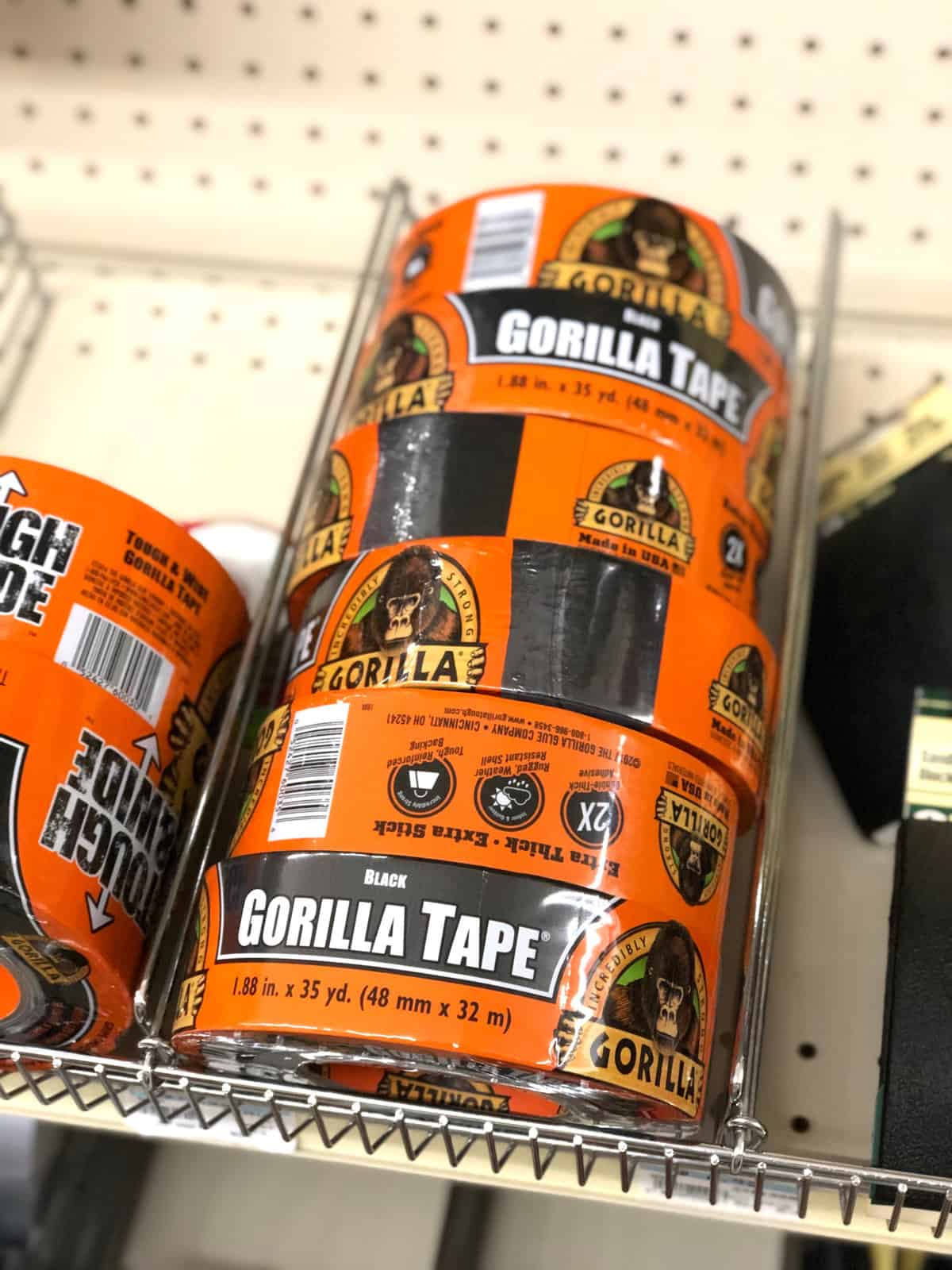 A Gorilla double-sided mounting tape is different from the Gorilla duct tape because it has adhesive on both sides of the backing. Moreover, the backing is made of an elastic material that can stretch. 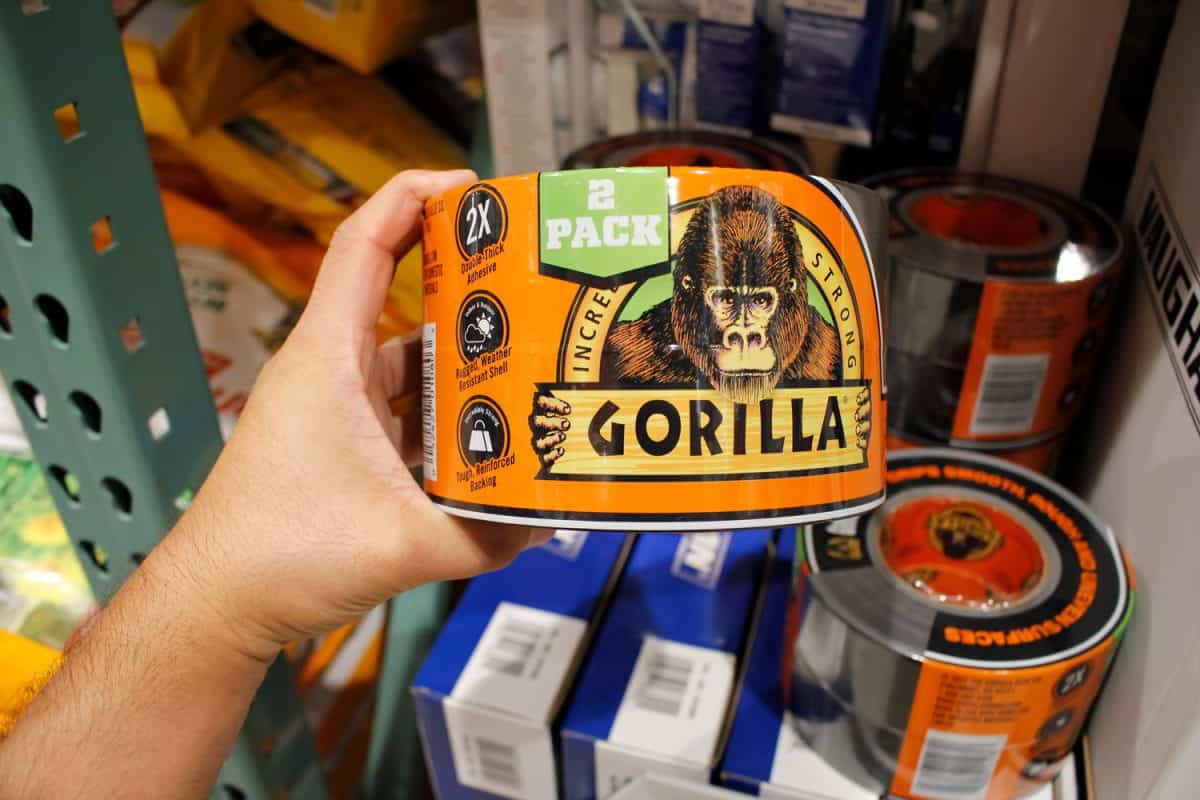 Removing Gorilla tape is possible, although there will be an adhesive residue that you will need to remove separately. Carefully remove the residue to prevent damage to the surface.

If you enjoyed reading this article, you might find the articles below equally enjoyable to read:

5 Types Of Cracks In Walls [What Homeowners Need To Know]

How To Fix A Leaky Basement Wall From The Inside?

Can Ceiling Paint Be Used On Walls?

Dryer Won’t Start But Has Power – What To Do?

Can You Spray Foam Basement Walls?

Echo Weed Eater Won’t Start – What To Do?

Can You Use The Dryer Without A Vent?