Bugs can find their way into any part of your home, but they are more likely to be found in areas that don't see much human activity, such as the basement. So, if you've found you've got more than a few pests you need to get rid of in your basement, you may be wondering how to bug bomb it. Well, you've come to the right place. We've researched the steps you need to take and have the answer for you!

Now you know the basic steps to bug bomb your basement, but keep reading as we elaborate on each one. We'll go over how to prep your basement for bug bombing. Additionally, we'll also answer some other questions you might have about bug bombing your home. Without further ado, let's get into it. 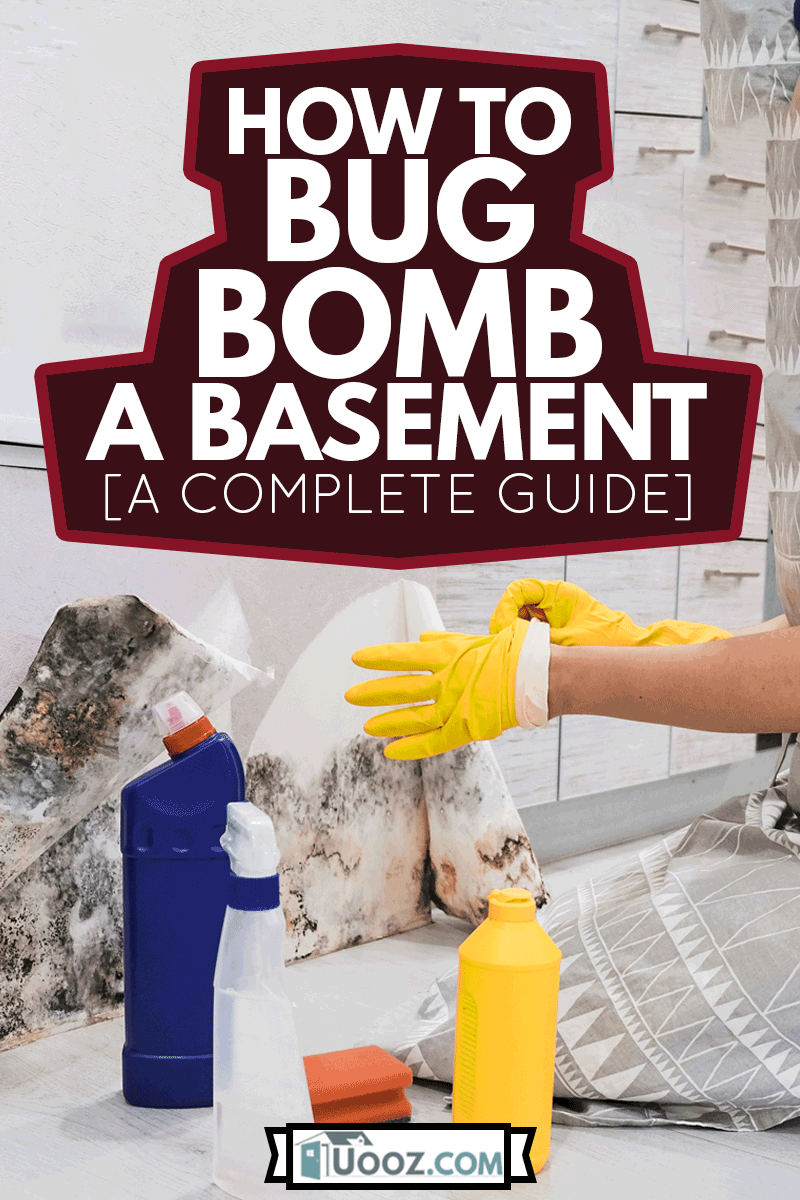 Bug bombing your basement can be done, but be sure to pick a fogger that says it is suitable for areas such as basements. Often foggers require that the room be well ventilated, and often basements have few windows (or none at all).

If you are unable to find a fogger suitable for a basement area or you are concerned about being able to ventilate the area, you may need to consider other pest control options. 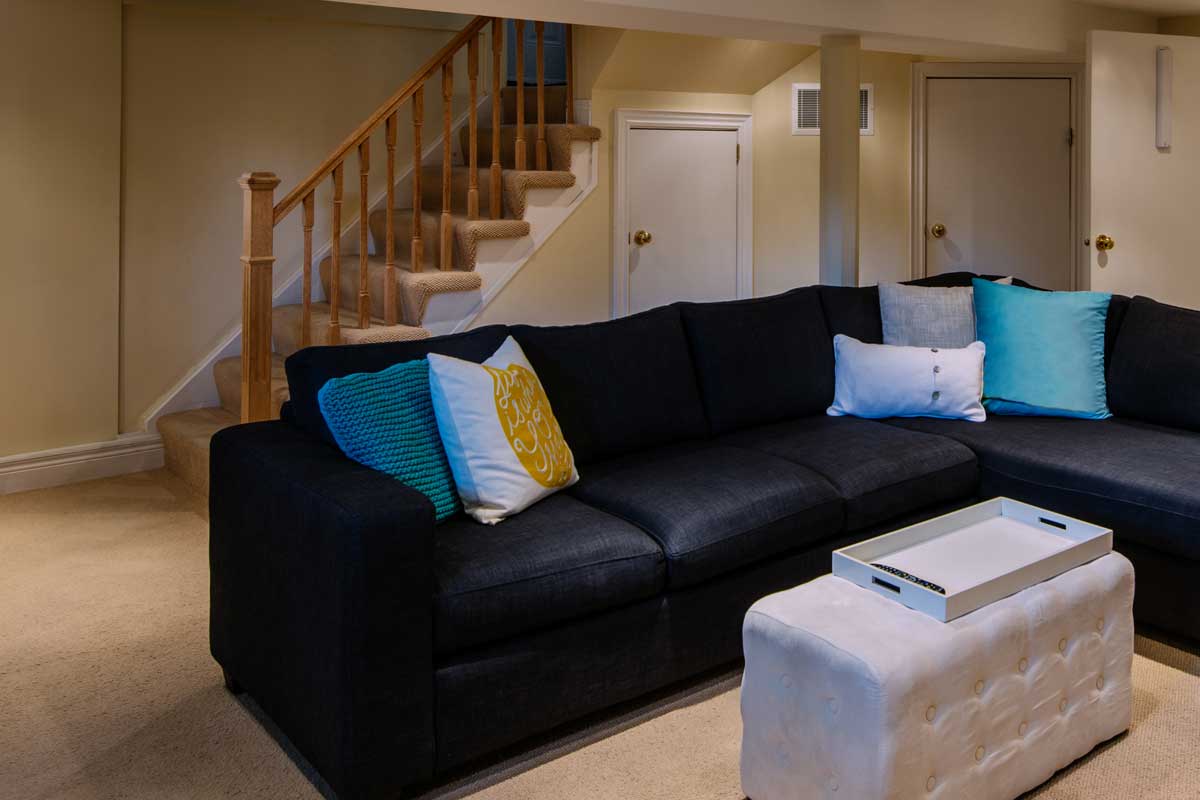 The first step to bug bombing your basement is purchasing a bug bomb. Bug bombs are easy to acquire and can be found at most grocery stores, hardware stores, and online.

Be sure to look at several different products to ensure you can use them in areas like a basement, and they treat the kind of bug problem you are experiencing.

For example, the Hot Shot No-Mess! Fogger states in the product description that it is safe for basements, and pilot lights do not need to be turned off.

Once you've decided on a bug bomb, make sure you purchase enough to cover the area you are bombing. The box should state the coverage area.

If you need more help figuring how many bug bombs you should use, check out our other blog post on the topic here: How Many Bug Bombs Should You Use Per Room?

Once you've decided on a bug bomb, you need to carefully read any instructions that come with the product. Some bug bombs are highly flammable, and most are toxic to people and pets.

It's important to check for any warning messages and steps to take to avoid any dangerous outcomes. Read and re-read them until you can be sure you know how to use the fogger in your home.

Next, you will need to prepare the room. At this stage, you should unplug any electronics and turn off any pilot lights. A spark could cause the fogger to ignite. The fogger may also cause your smoke alarm to go off, so it's a good idea to deactivate those also.

Cover any counters or surfaces that you don't want the bug bomb to get on. If your basement has any cabinets or drawers, make sure they are all open so that the product can reach inside. Again, the product's packaging should also state how to prepare the room.

Follow the directions for activating the fogger. Most will direct you to place the fogger on a chair or small table in the center of the room. Cover the surface with a layer of paper towels or newspaper to protect it. As soon as you activate the fogger, leave the room.

As you leave the room, make sure the door is closed, and head out of the house. Make sure everyone who resides in the home knows not to enter for the next few hours to minimize any risk of exposure.

Don't forget to take your pets with you! Bug bombs can be harmful to your furry friends as well.

Step 6: Stay Away From The Home While It Works

Though it might be tempting to go back inside sooner than the time allotted, bug bombs can cause illness in humans and pets if you are exposed to the chemicals inside them. It's important to stay away from your home while the bug bomb works. Generally, it takes 2 to 4 hours.

After the time has passed, reenter the home, open any doors, and, if your basement has them, any windows. If you have fans, turn those on too. This will help air out the area. Locate the bug bomb and dispose of it in the trash.

Can you bug bomb a basement and stay upstairs? 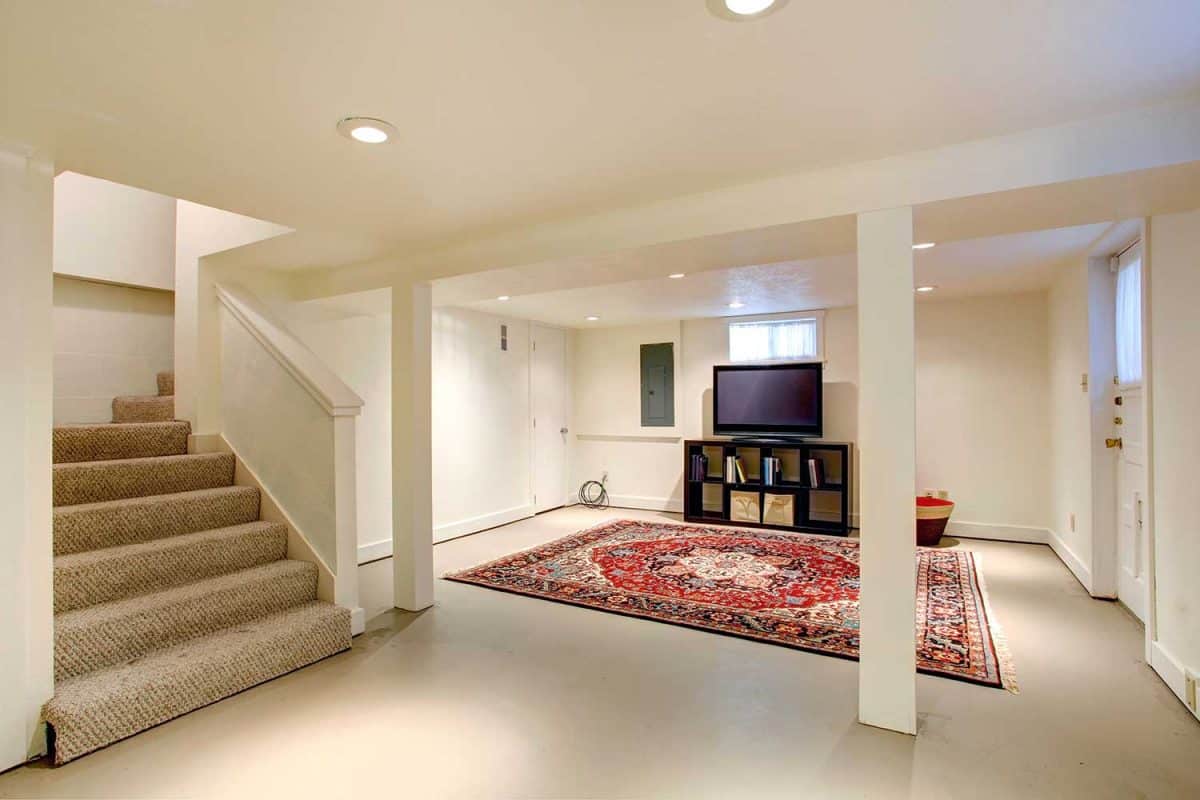 Staying upstairs while you bug bomb a basement is not recommended. Even if you're only bug bombing one room or part of your house, you should leave your home for the duration stated on the bug bomb product. This typically ranges from 2 to 4 hours.

Bug bomb fumes can cause harm to people and pets, so you should leave home to avoid any exposure. It's possible that the bug bomb fumes from your basement could make their way up the stairs and to the rest of the house.

Typically no. In general, most bug bombs will not kill your plants. However, if you are worried, you can remove or cover any sensitive plants while you release the bug bomb. This will ensure no harm will come to your houseplants.

How long do you have to be out of the house after a bug bomb?

How long you have to be out of your house after releasing a bug bomb depends on the type of bug bomb you use. Most bug bombs will state a time frame between 2 to 4 hours.

For example, Hot Shot No-Mess! Fogger3 recommends leaving the house for 2 hours and then opening the windows and letting it air out for another 2 hours.

When you return to open the windows and doors, you may also turn back on any electronics and smoke alarms you may have deactivated.

Click here to see the Hot Shot No-Mess on Amazon.

How do you prepare for a bug bomb?

We've already discussed how to prepare your basement for a bug bomb, but what about the rest of your house? Well, there are a few more steps you will need to take.

You will need to remove or cover any food items, food surfaces, or toiletries, or be prepared to thoroughly clean them after bombing the house.

Simply put, you should cover anything that might be touched or consumed by someone later on. You can use plastic tarps or polyethylene bags to store items like clothes, utensils, bedding, and toys.

We mentioned this briefly earlier, but you should unplug any electronics and turn off all pilot lights unless instructed not to by the product's instructions.

If you have a fish tank or aquarium in your home, you should either remove or cover it. You should also turn it off while the bug bomb is dispersing.

It seems like a lot, but taking the extra steps to cover items can prevent any harm from occurring from unnecessary exposure.

Click here to see these Polyethylene Bags on Amazon.

Bug bombing can seem like a lot of work, but hopefully, our article has explained the steps you need to take to bug bomb your basement.

Just remember, the bug bomb you choose will come with specific instructions on how to prepare the room and use the fogger. Your basement will be bug-free, or at the very least, see a decrease in its bug residents, in no time!

For more reading on bug bombs check out these other posts below:

Can You Fog Your Attic For Bugs? [Here’s How]

What Goes With A Blue Couch In The Living Room? [5 Choice Colors ]

What Nails Should I Use For Wood Siding?

My Dewalt Drill Is Smoking – Why? What To Do?

Does Drywall Go All The Way To The Floor?

Carpet Seams In High Traffic Areas – What To Do?

Does PEX Plumbing Need To Be Grounded?