Brad nails are a popular tool for finishing trim and DIY projects because they’re much smaller and thinner than ordinary nails. But their small size may also have you wondering if they’re actually strong enough for practical jobs like baseboards. It becomes even more important for sentimental fixtures that you built yourself. So, we have carefully researched just how strong brad nails are and how well they will hold things together for you.

By design, brad nails are naturally weaker than traditional nails. So, they won’t hold as well on mid to large-sized projects. Also known as brads, these nails are intentionally made to be thinner than conventional nails; this helps to prevent splitting any of the wood you’re working with. The small size also allows brad nails to be hidden more easily after completing a project. In fact, some brads don’t even have a nail head, in order to reinforce this advantage.

Brad nails can be a useful tool whether you have to run baseboards across the walls or just put together a neat little birdhouse for your backyard. But they still need to be used correctly. You can keep reading to learn just how to properly install brad nails and if they are actually ideal for your project. 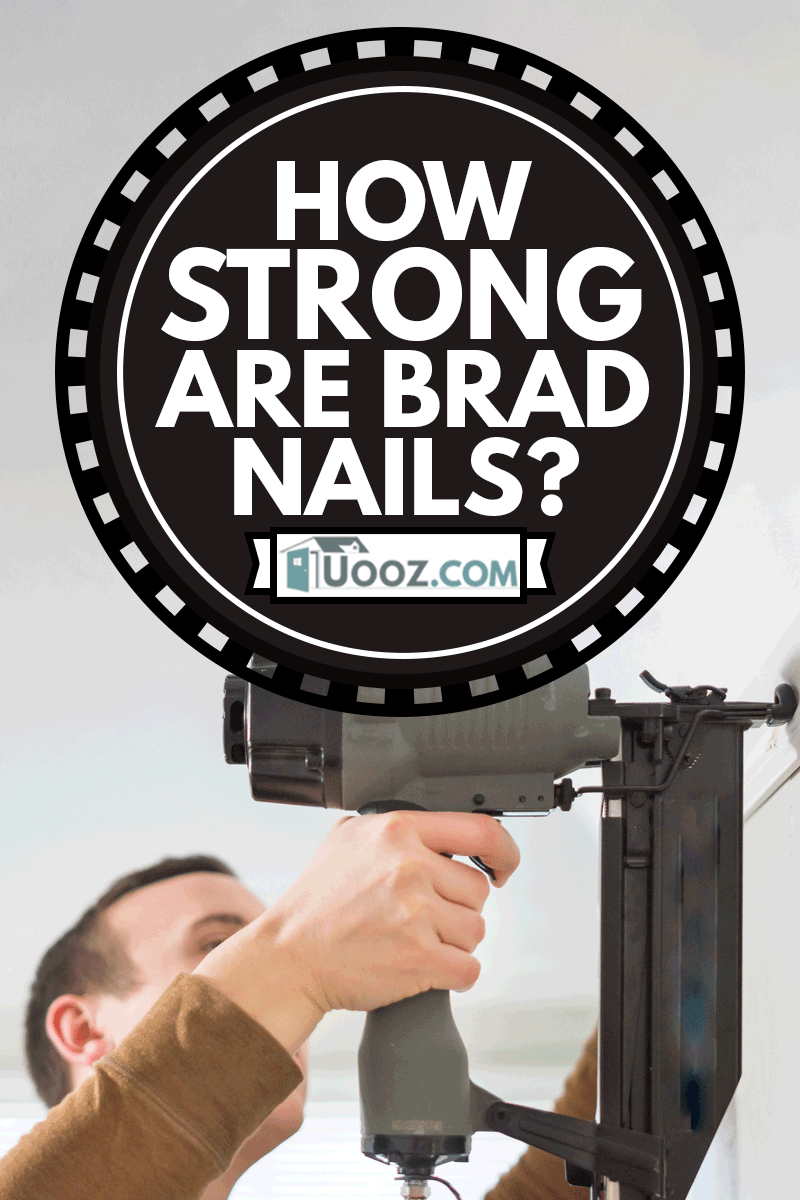 Can You Use Brad Nails Without A Gun?

Most of the time, you won’t be able to install a brad nail successfully without a nail gun. Keep in mind that brad nails are only meant for specific types of woodworking. The ideal, compatible projects tend to be more fragile wood, such as picture frames or quarter rounds. So, it would be crucial to use a specialized nail gun that can deliver the brad nails without damaging your handiwork.

In certain situations, it might be possible to create pilot holes in your project before installing any brad nails. A pilot hole is just a pre-drilled hole that is made to perfectly fit the nail you plan on using.

But keep in mind that this is a more challenging process. You will have to fasten an actual brad nail to your power drill, and carefully drill the holes you need. Then, you can successfully insert the brad nails without having to use blunt force.

Unfortunately, it may still be possible to damage the wood with your power drill. And that tool can be rather large. This may not work for floor projects like shoe moldings, where brad nails are commonly used. If you're planning on working with crown moldings instead, you can read the post "Do You Glue Or Nail Crown Molding?" to learn about the ideal fasteners.

Can You Hammer In Brad Nails?

So, it would probably be difficult to use an ordinary hammer in these circumstances. Chances are that swinging a tough metal hammer would end up seriously damaging the wood. And that would defeat the purpose of using brad nails in the first place.

More importantly, you likely won’t be able to use a hammer on the brad nails themselves. Brads are built for precision and tenderness rather than blunt force. If you try to hammer brads, they are almost certain to bend or even break.

And if you purchased brad nails that don’t have a head to help conceal holes in your project, then you won’t stand a chance. Hammers need some kind of target, and a tiny dimple on your brad nails won’t be enough. You could end up with blown-out brad nails sticking out of the wood and damaging the surrounding areas too.

Click here to find this 4-piece nail set on Amazon.

However, in certain circumstances, you can use something called a nail set instead of directly hitting the brad nail. The nail set is a slim, tapered piece of metal that acts as a buffer between the nail and the hammer. But a nail set has to lock onto the head of a nail so that you can hammer the nail set instead. Many brad nails won’t have an appropriate head for this.

Is A Brad Nailer Worth It? 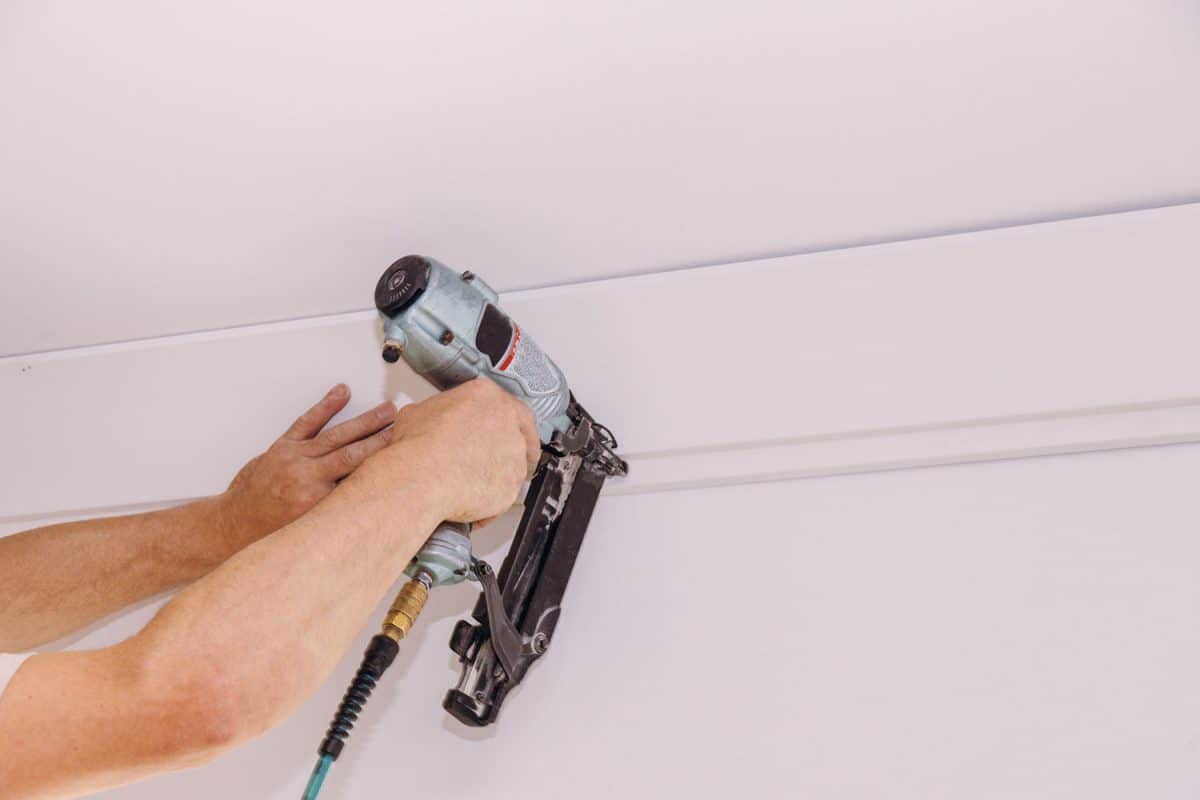 It may seem like brad nails are often a bad idea, but you can avoid many of their drawbacks by simply purchasing a brad nailer. After all, you can end up causing problems if you use any tool incorrectly. Fortunately, you can use a brad nailer to successfully install brad nails without inflicting any harm on your woodworking.

As you may have suspected, a brad nailer is a power tool that is specifically designed to apply brad nails. This specialty nail gun typically works with nails that have an 18 gauge measurement, which just refers to their thickness.

Click here to see these brad nails on Amazon.

All you need to do is purchase stacks of brad nails, which are assembled beforehand, and load them into the brad nailer. This is usually done by simply clicking a release button and then sliding the cartridge open.

Note that most brad nailers will work with brad nails of various lengths. So, be sure to place your brad nails into the correct slot. You can read the post "What Size Brad Nails Do I Need? [By Type Of Project]" to help decide how long and wide your brad nails ought to be for different circumstances.

Many brad nailers can hold around 100 brad nails in their chamber, which makes it significantly easier to install brads at a faster pace. These power tools will save you a lot of time and effort. The design will also help you maintain control and prevent using too much force on your wood. When you have to be careful by hand, it will take much longer and be more dangerous.

Altogether, this makes a brad nailer gun a worthwhile investment. It will even be useful in the long run if you ever choose to restyle or build your own DIY projects.

Will Brad Nails Hold In Drywall?

Drywall is a relatively weak kind of material called gypsum plaster, which is also especially vulnerable to water damage. That’s why most of the time, 18 gauge brad nails are just too thin to provide enough support. It just won’t collect enough of a grip on the plaster.

In fact, it is sometimes advised not to use brad nails at all on baseboards, which need to be directly installed into drywall. But sometimes, thicker gauges such as brads with the 15 gauge size can be suitable enough.

More often, you will want to use specialized screws and nails for drywall. Even specialists like Home Depot suggest a list of drywall hardware that does not include brad nails.

Click here to see these drywall nails on Amazon.

Because drywall isn’t very strong, it requires stronger fasteners that can still be deeply countersunk. Countersinking a nail means that you’ll be burying it beneath the surface of the material.

If you use the right nails, you can make sure they penetrate deep enough to connect with the wall studs behind the drywall. Studs are the strong wooden beams that make up some of the framework inside your walls. You'll just need a wall stud finder if you commit to this stability.

Click here to find this stud finder on Amazon.

Brad nails are too smooth and thin to reach and hold these wall studs. Meanwhile, drywall nails are specifically designed with heads that can be easily countersunk. They also tend to have ribbed shanks that are more likely to hold onto the drywall. And best of all, drywall nails are still carefully sized so that they won’t actually damage the weak plaster. 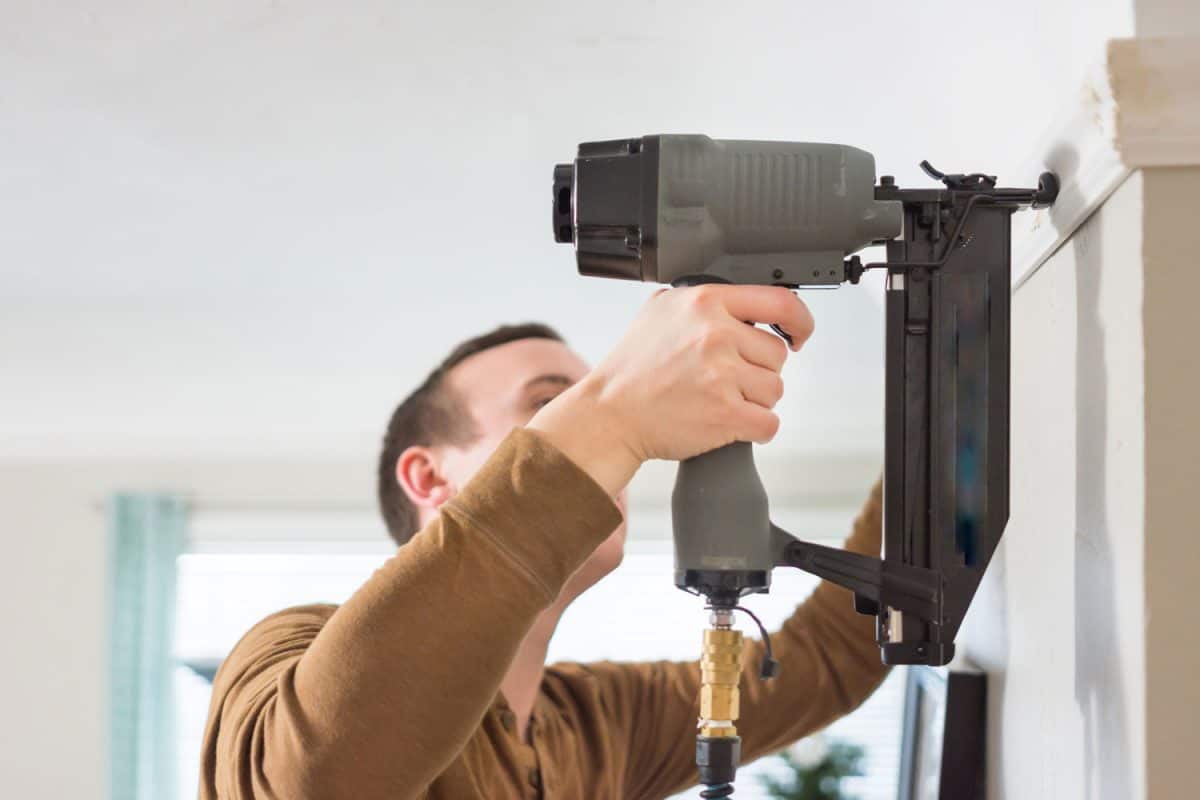 Brad nails may be highly useful, but they won’t work in every situation. It’s important to remember that there is often specially designed hardware for just about any home improvement or a DIY job. Now that you know exactly how brad nails work and how they’re built, you will be able to successfully use them for the right occasion. Equally important, you can install brads with the correct tools, so that your hard work isn’t damaged just after you finished!

How Wide Should A House Foundation Be?

How To Fill Gaps In Soffit [Especially to Restrict Bugs & Pests]?

How To Find The Model Number On A STIHL Chainsaw

What Should Well Pump Pressure Be Set At?