Figuring out how long your bathroom fixtures last can be a difficult endeavor. Are you renovating and don't know whether to splurge on your shower's base or if it won't make a difference? We have done the research to find you the answers.

A shower base should last between 15 and 20 years, depending on how well it is made. Typically, shower bases are a mortar concrete mix, so you shouldn't have to worry about replacing them more than every decade or so.

As we begin, we will cover all things showers. Whether you just bought a new home or want to take on a renovation project, knowing what to use for your shower's foundation is essential. With that said, let's get right into this post! 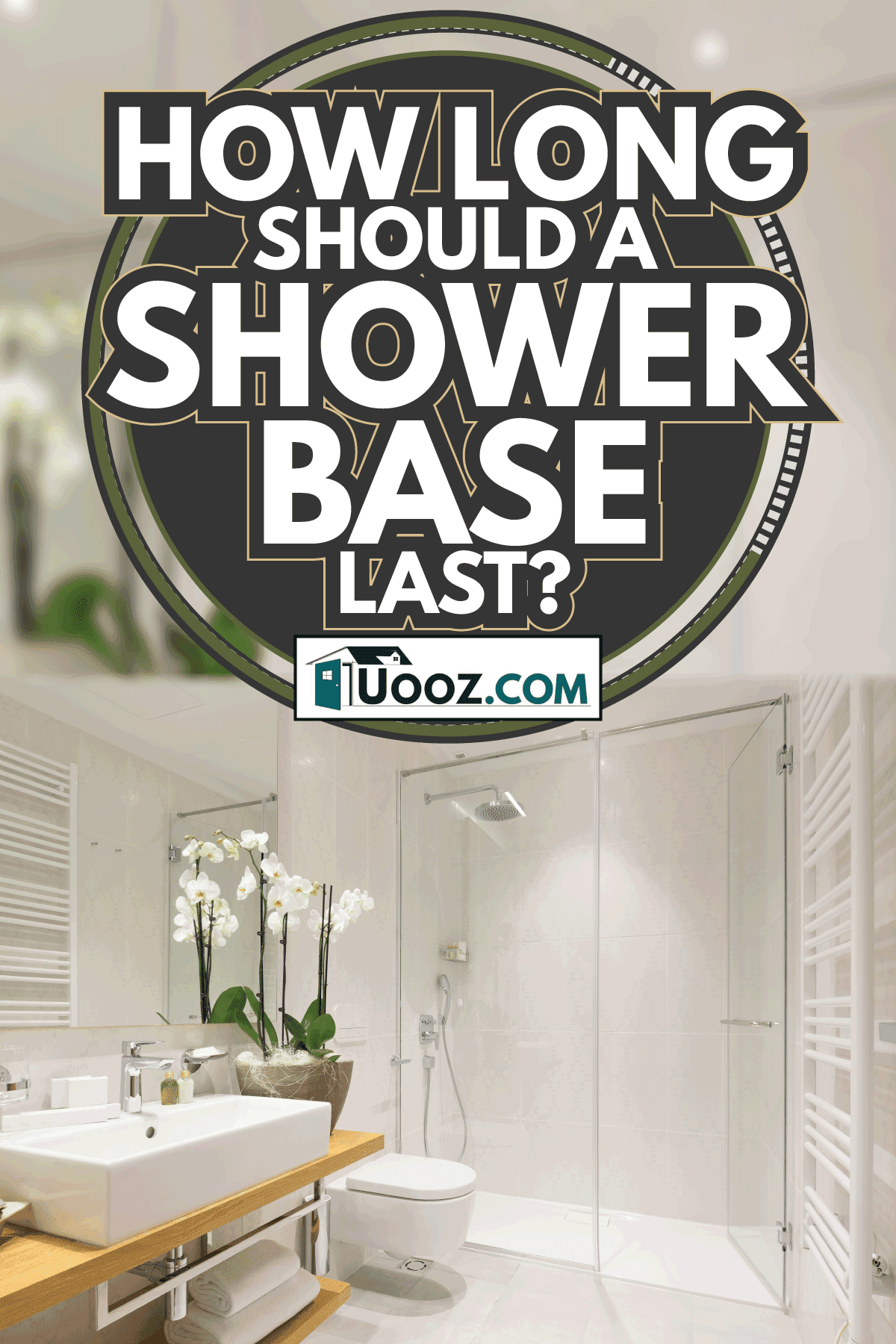 Can A Shower Base Be Replaced?

Yes, it is possible to replace a shower base. Generally, you will want to wait until your shower pan also needs replacement, so you don't have to hire someone for two different jobs, but this is up to you.

As we mentioned, a shower base should last you at least a decade, so this won't be a regular project you need to commit to. 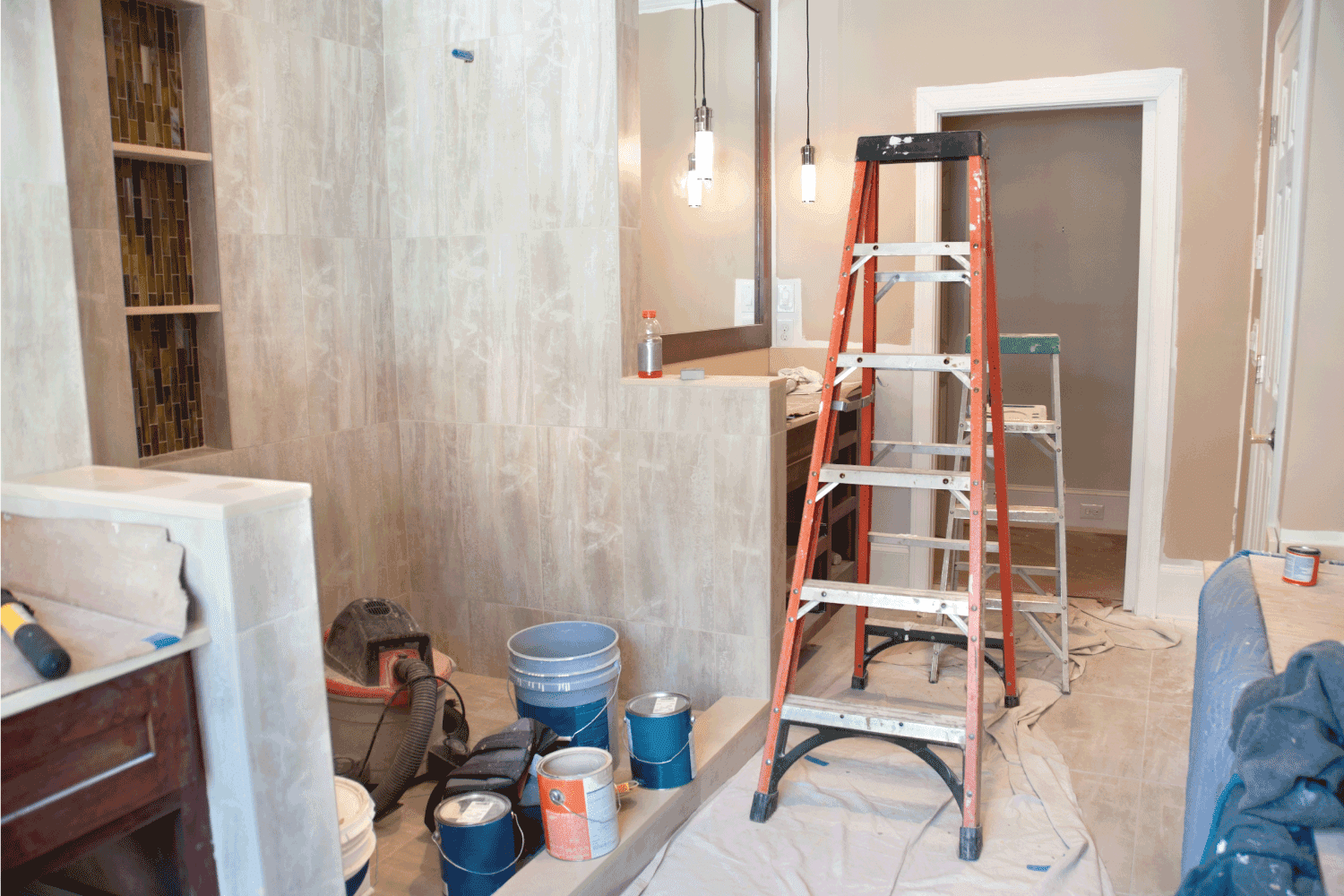 How Much Does It Cost To Replace A Shower Base?

You can expect to pay anywhere from $600 to around $1,100 for a new shower base, so this is a financial undertaking. That said, your project's price tag will vary depending on how big your shower is and whether or not it needs other structural repairs.

According to Porch, labor accounts for $336 to $407 of your overall price tag, so if you have a friend who knows how to replace a shower base, you might want to invite them over.

What Is The Best Material For A Shower Base?

When it comes to material, we recommend using a mortar or concrete mix for your shower base. Doing this will ensure your shower has somewhere sturdy to sit on and also somewhere to drain excess water properly.

Unlike other shower bases like tile, mortar will help move runoff into your shower's drain, which will prevent damage to your home's subfloor.

What Is The Difference Between A Shower Base And Shower Pan?

A shower base is the actual structure of your shower floor while a pan is where you stand and what you see every time you're in the shower. Although people use these terms interchangeably, the base of a shower is the section between it and your subfloor and isn't something we usually see when buying or renting a home.

For anyone who has lived in their home for more than ten to fifteen years, you will eventually get to see the underlying foundation of your shower when the time comes to repair/replace it.

How Long Do Shower Pans Last? 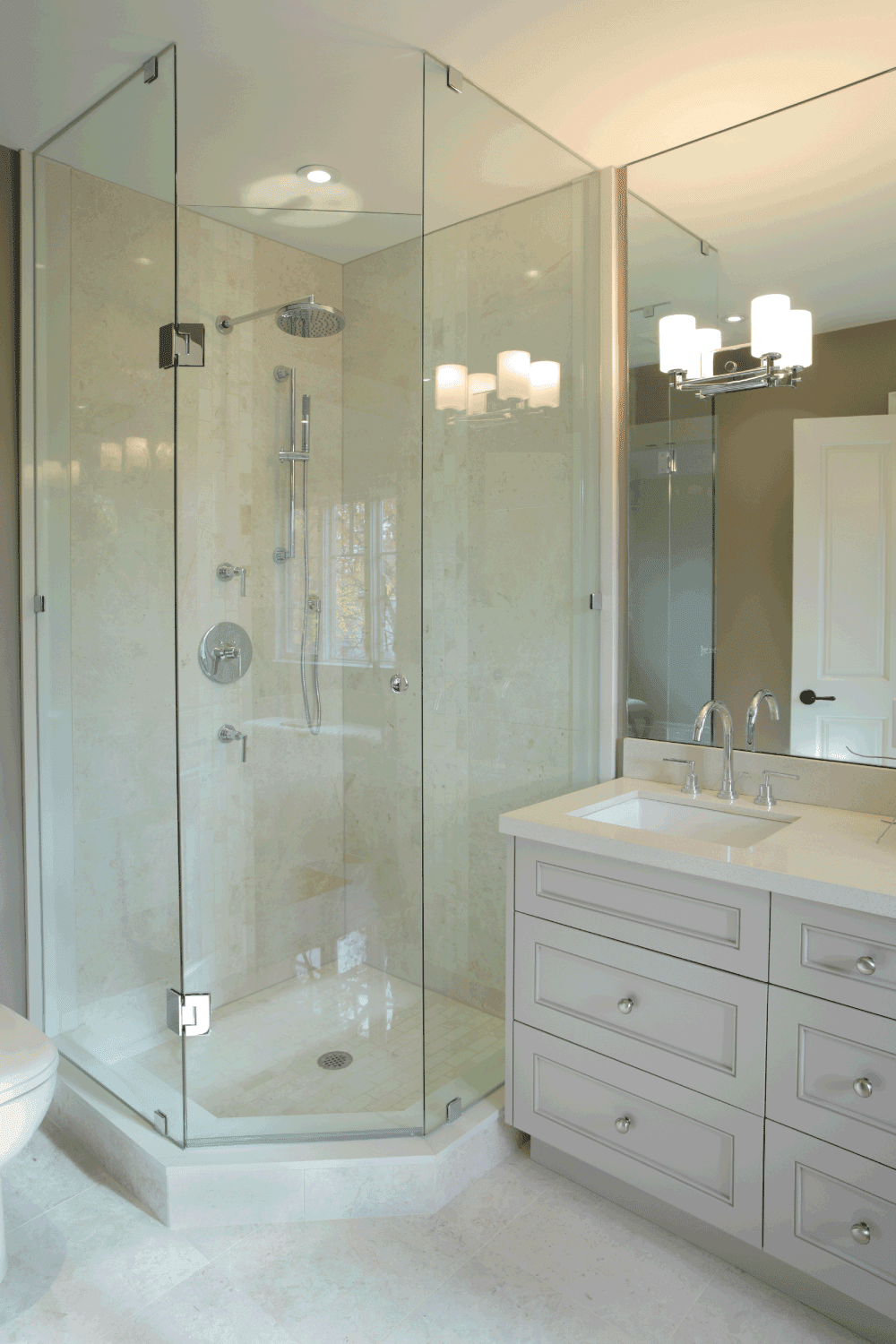 Most times, you can expect your shower pan to last between five and ten years. Like a shower's base, its pan also needs to be replaced every so often, depending on how much you use it.

That said, shower pans need to be replaced more often than bases because they are usually fiberglass or acrylic material, which is not as tough as Mortar/concrete. Luckily, replacing a shower pan is usually much easier than its base and should not cost as much to have done.

What Is The Best Type Of Shower Pan?

When it comes to the best type of shower pan, we recommend going with an acrylic option. Acrylic shower pans tend to last longer than other materials and do better in high heat, which is why they are so popular.

This acrylic shower pan is 48 x 32 inches, has a hidden side drain, and has a five-year warranty.

Follow this link to see it on Amazon here.

How Do I Know If My Shower Pan Is Leaking?

There are some things to look out for anyone who suspects their shower pan might be leaking. The most common signs of a leaking shower pan include:

Although these are not the only signs of a leaking shower pan, they are the most common, so if you notice them in your home, make sure to have a plumber come out as soon as possible.

Can You Replace Just The Shower Pan In A Shower?

That said, if your shower base has cracking or water-related damage, have it fixed now rather than waiting until something bad happens.

What Do You Put Under A Shower Base? 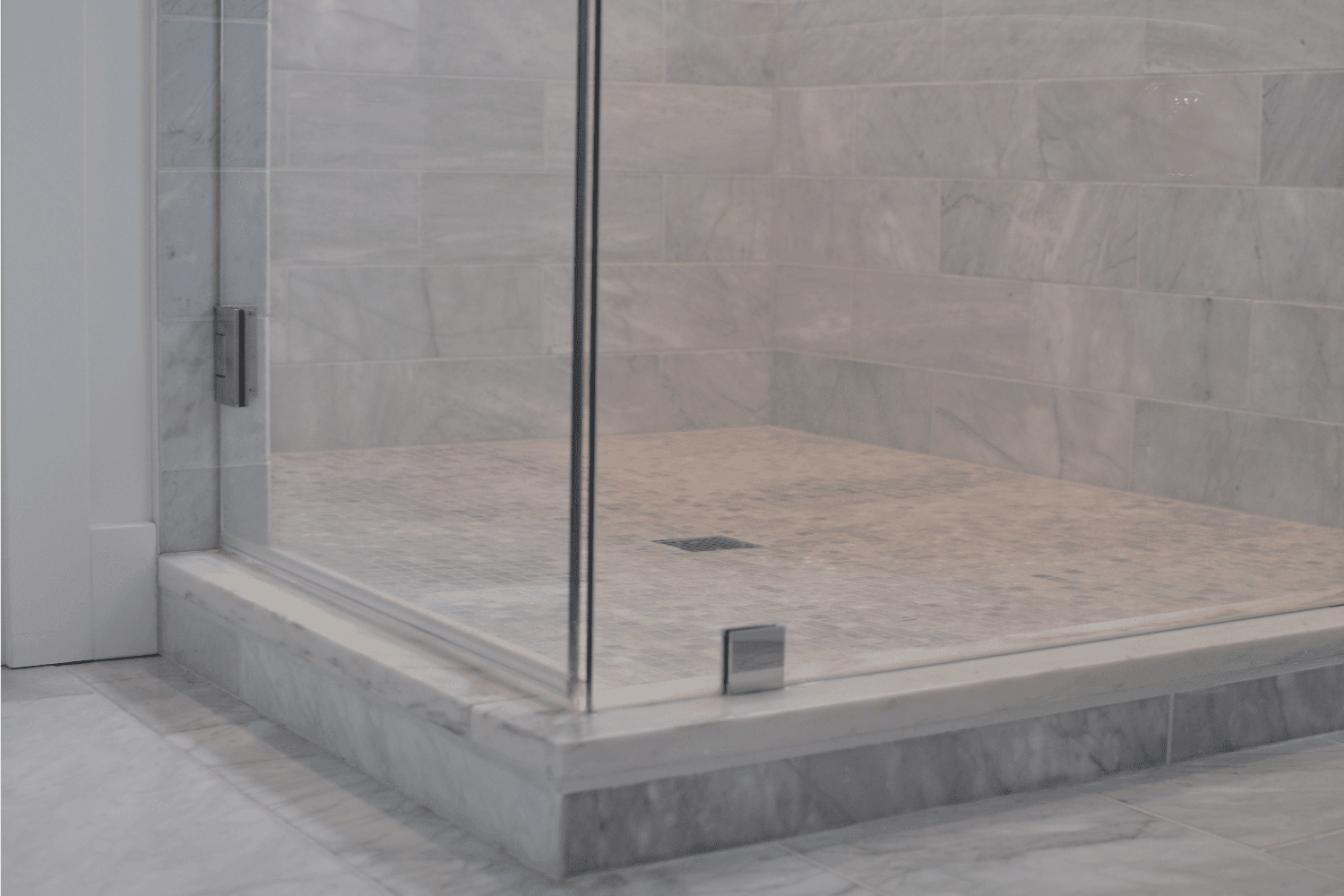 In general, as long as you have a mortar or concrete mix as your shower's base, it shouldn't need anything else underneath it. Like we covered, the base is the foundation of a shower, so the only thing that should be under it is your subfloor.

When it comes to what to put between your shower's base and its pan, use a waterproof liner to keep excess water from pooling on your subfloor and causing mold/mildew to grow in your bathroom.

Do You Need To Waterproof A Shower Base?

For those debating waterproofing their shower's base, this is a very important step. Although mortar/concrete bases won't necessarily hold water, they also can't prevent it from reaching your subfloor, so using a waterproof liner or material is always a good idea.

That said, many shower pans are built to drain water into one location, which helps to lessen the chances of a leak happening.

How Much Slope Should A Shower Pan Have?

The recommended minimum slope of a shower floor is 4% or a 1/2 inch drop per every 12 inches from your shower's walls to its drain, so make sure your pan follows that guideline. Most times, your shower's slope is built during its pre-pan construction, but this depends on what materials you use for your shower.

You can also purchase a shower pan with a pre-made slope, so that might be something to consider if you don't want to rebuild the base of your shower.

Where Should A Shower Drain Be Placed?

You want to have your shower drain located at the lowest point on your shower's floor so it can move water correctly. Ideally, you should try to have your drain be in the middle of your showers pan or tile floor, and make sure it has at least a 4% slope leading into it.

Of course, not all showers are built the same. If your drain is to the left or right, it will be fine as long as your shower floor has enough of a slope. 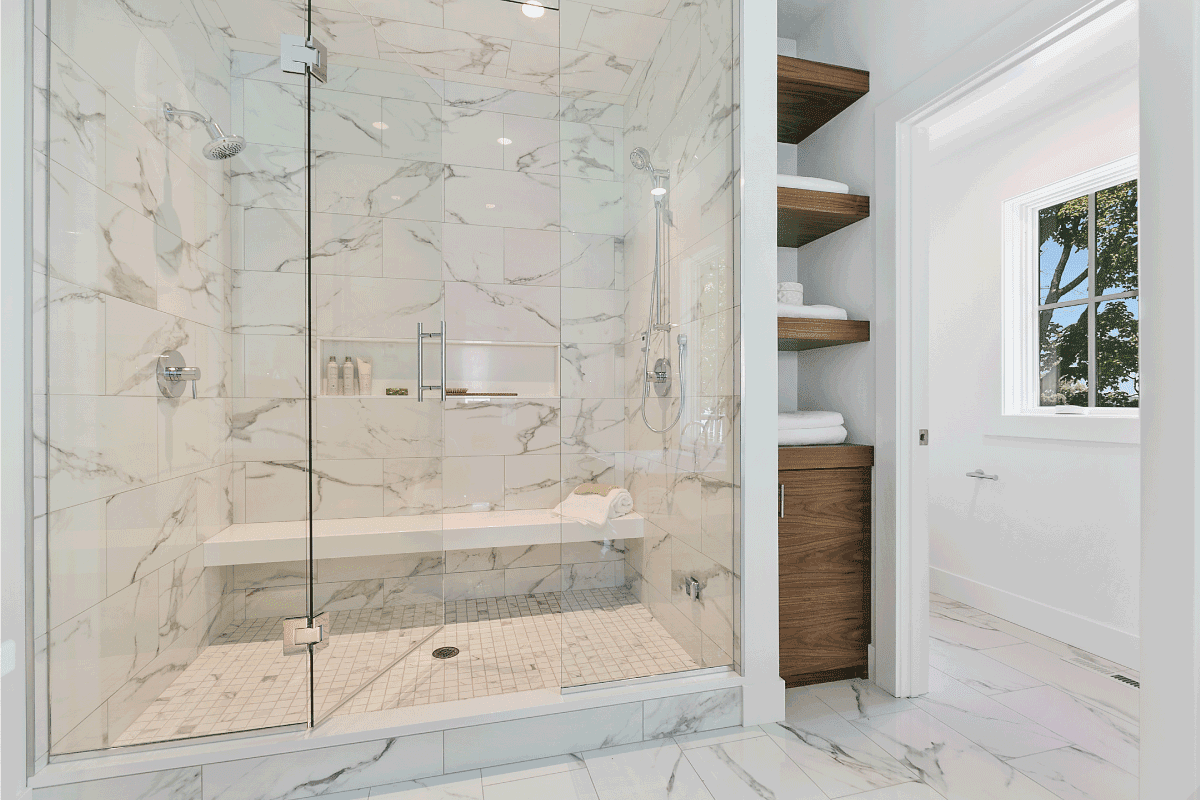 To Wrap Things Up

Whether you want to redo your current shower or just bought a new house, figuring out how long your shower base will last is important. From what we found, a well-made shower base should last you between 15 and 20 years, so you shouldn't need to worry about replacing it often.

When it comes to the best materials to use for a shower base, we recommend Mortar or a concrete mix to give your shower a sturdy, long-lasting foundation. Pan-wise, try to find an acrylic option to install into your shower, so you don't have to replace it more than every five to ten years.

Regardless of your shower's size or style, make sure to find a reputable company to replace your showers base, and don't forget to use a waterproof pan liner to keep your subfloor dry and mold/mildew-free.

Need more guidance for your shower? Check out these helpful home posts below!

Should You Waterproof A Shower Ceiling? [And How To Do That In 6 Steps]

Should You Tile The Floor Or Walls First In A Shower?

Where Should The Drain Be Placed In The Shower?

How To Build A Shortwave Radio Receiver?

Why Is My Kitchen Ceiling Lower Than The Rest Of The House?

Can Epoxy Floor Go Over Tiles

How To Close A Gap Between Curtains And Wall?

Light Fixture Does Not Cover Hole – What To Do?