Are you working on a concrete driveway for your garage, and you’d like to know the ideal space between concrete expansion joints? You’ve come to the right place, for we have researched this question, and we have the answer for you. 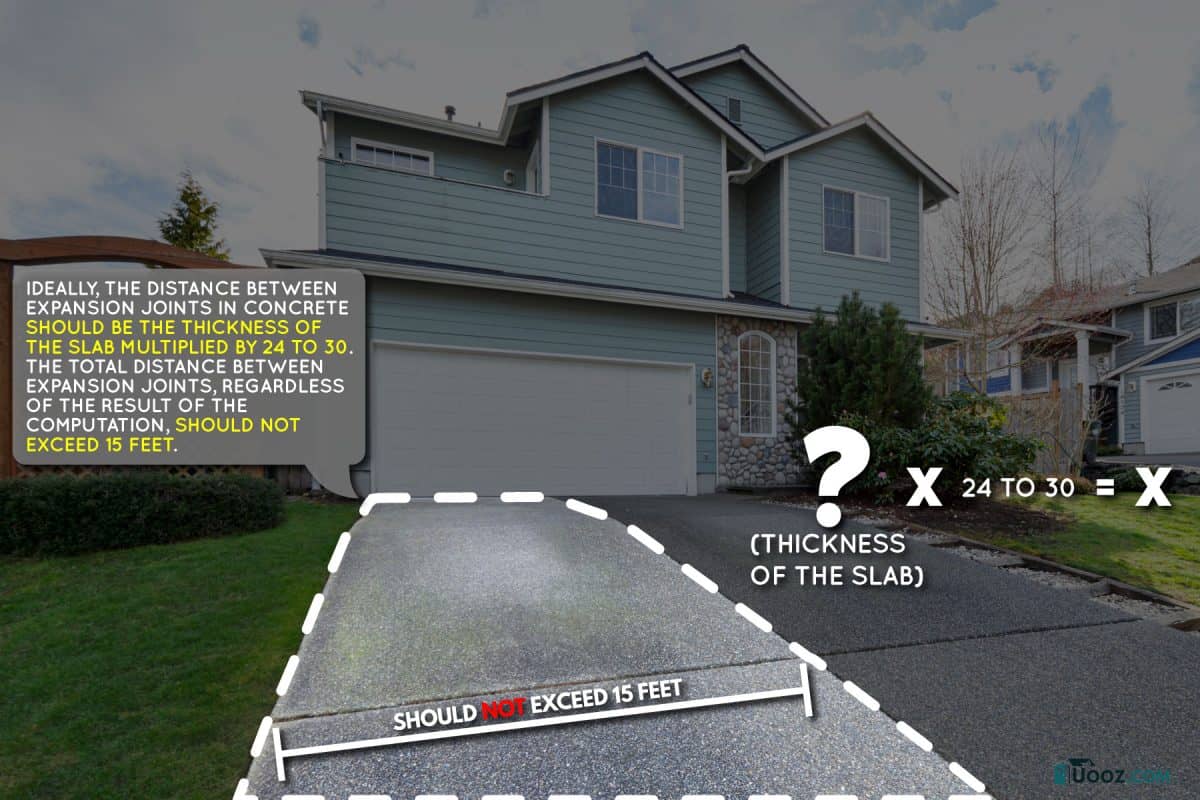 Is it necessary to have an expansion joint in concrete?

Concrete starts as a mass of fluid material that can flow into any shaped mold. However, as concrete slowly dries and sets, it loses mass as it loses water. This drop in volume causes the concrete to shrink.

What this means is that while concrete can carry large amounts of weight, it is weak against forces that pull at it from opposite directions. These are tensile forces.

When concrete dries and loses mass, concrete surfaces become stuck in adjacent surfaces. Thus, shrinkage creates tensile forces, and if the tensile force is greater than what the concrete can withstand, then the concrete will crack.

This is an acceptable alternative to cracks appearing randomly on the surface. Additionally, expansion joints also allow the concrete to expand and contract with the changing of the seasons.

What is the size of the expansion joints? 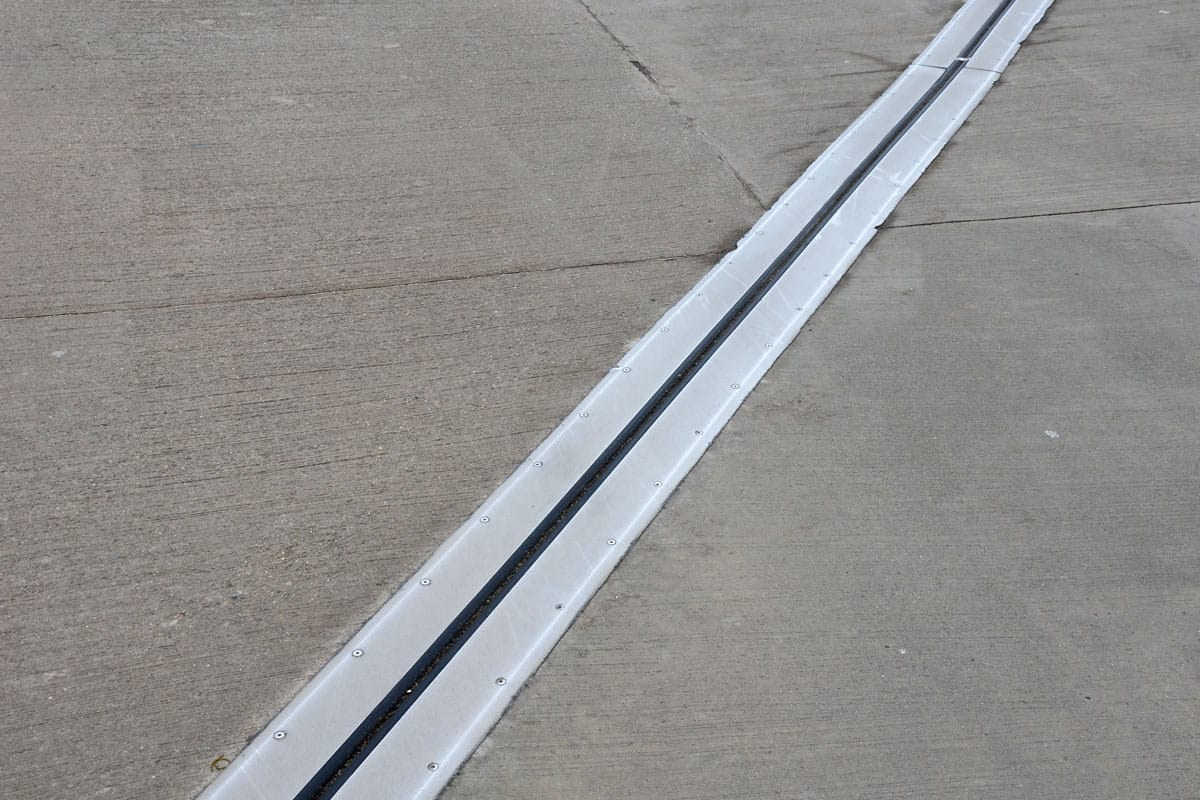 There are many ways of mitigating tensile forces in concrete. One of the most common methods of adding an expansion joint into concrete is by cutting the slab of concrete.

A cut is done several hours after you finish pouring concrete.

Is it possible to have no joints in concrete? 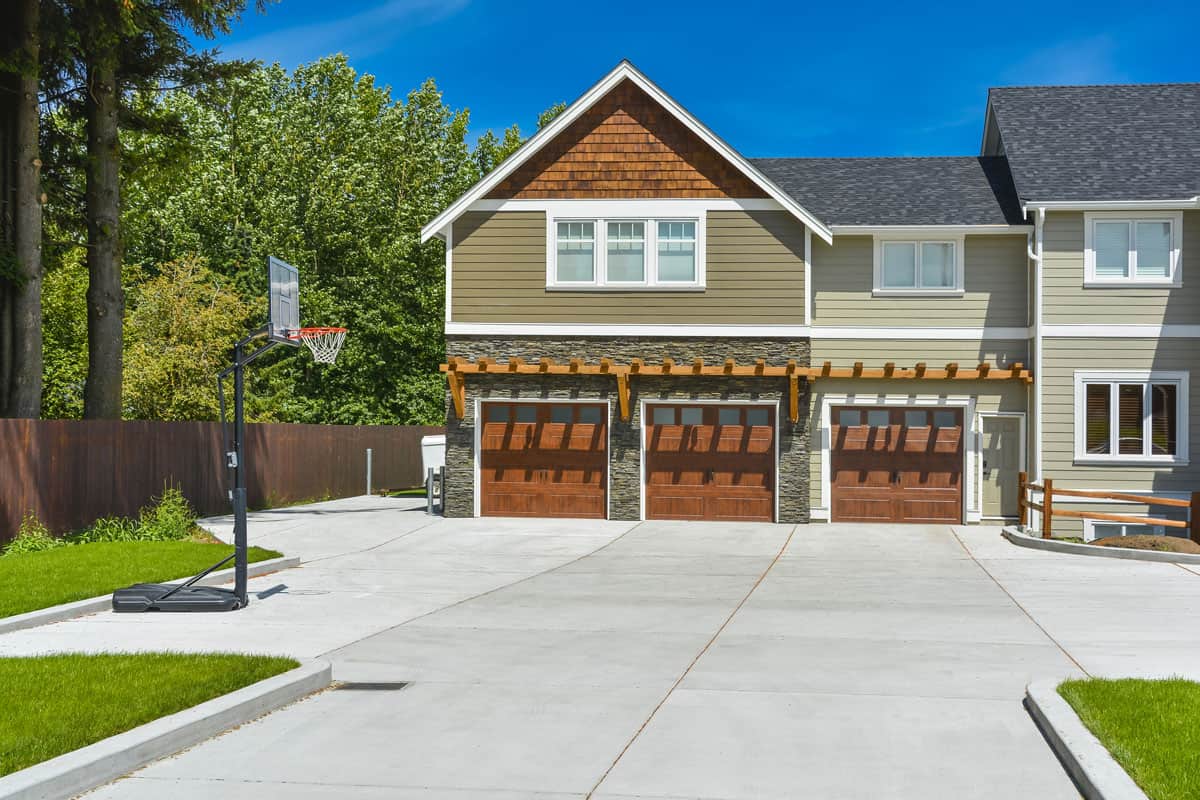 Yes, it is possible.

Concrete joints are important for most concrete applications. However, some concrete mixes and setting techniques can eliminate the need for joints. These techniques make use of a different ways to redirect the stress from expansion and compression.

Special synthetic fibers made from polypropylene, polyethylene, and nylon can be combined with concrete mixed with standard ratios. The result is a special type of concrete that reduces the incidence of settlement cracks. Moreover, the presence of synthetic fibers reduces the number of cracks that appear due to shrinkage during curing.

This is a special concrete mix that you can use. However, you will need concrete experts to install this type of concrete in your driveway.

Reducing The Size Of Cracks

Crack inducer tubes are specially designed PVC tubes that support a weakened area, brining the cracks to their location.

These tubes serve as expansion/shrinkage pipes that absorb tensile forces, preventing the formation of cracks on the concrete slab's surface. This allows you to skip the installation of expansion joints on your concrete driveway.

While this technique is fairly new, you can check with local contractors in your area if they have the proficiency to install this type of concrete for your home.

This is a type of concrete that can eliminate the appearance of tensile forces during the curing stage. This concrete’s special formula reduces the shrinkage of the concrete. With the reduction in shrinkage, the tensile forces that cause cracks in concrete will be low enough for the concrete to resist them.

A concrete mix is treated with chemical additives or expansive cement. The result is concrete than expands during curing. Suppose the rate of expansion of the end product is equivalent to the rate of compression during curing. In that case, the mixture will effectively eliminate expansion and the production of tensile stress on concrete.

Without the tensile forces during curing, the concrete slab no longer needs an expansion joint.

The downside of this concrete is that the mixture must be accurate. Inaccurate mixing of the components will cause the expansion rate to become greater than the rate of compression. This imbalance will cause the product to become weak against compressive forces.

Thus, only experts in mixing this type of concrete should handle its installation.

How far apart should expansion joints be in concrete? 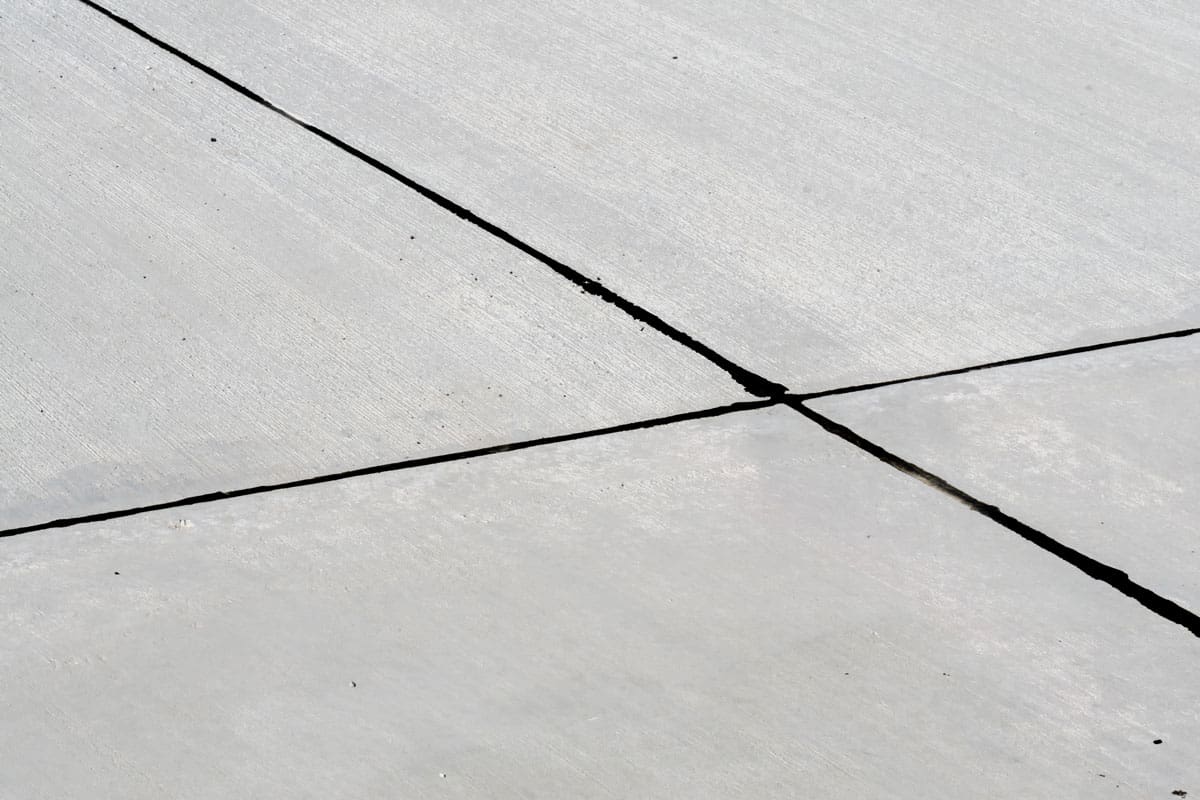 When installing a concrete slab for your driveway, it is important to measure the thickness of the slab. The thickness will allow you to compute the distance of the expansion joints.

For example, if you have a concrete slab that has a thickness of 4 inches and you decide to have expansion joints that are closer to each other. You multiply the thickness by 2, giving you 8.

However, instead of 8 inches, you replace inches with feet. Thus, the distance between the joints in this example will be 8 feet.

Do you need to caulk expansion joints?

Moreover, since caulking prevents water from getting into the space of the expansion joint, caulking effectively prevents concrete damage due to water freezing in the winter months.

Water expands when it freezes. This causes the water in the joints to force its way into the pores of the concrete as it freezes and expands, cracking the concrete.

Leaving the expansion joint open will also cause the weed to grow there. The roots of weeds can force their way into the concrete and weaken it, eventually damaging it. 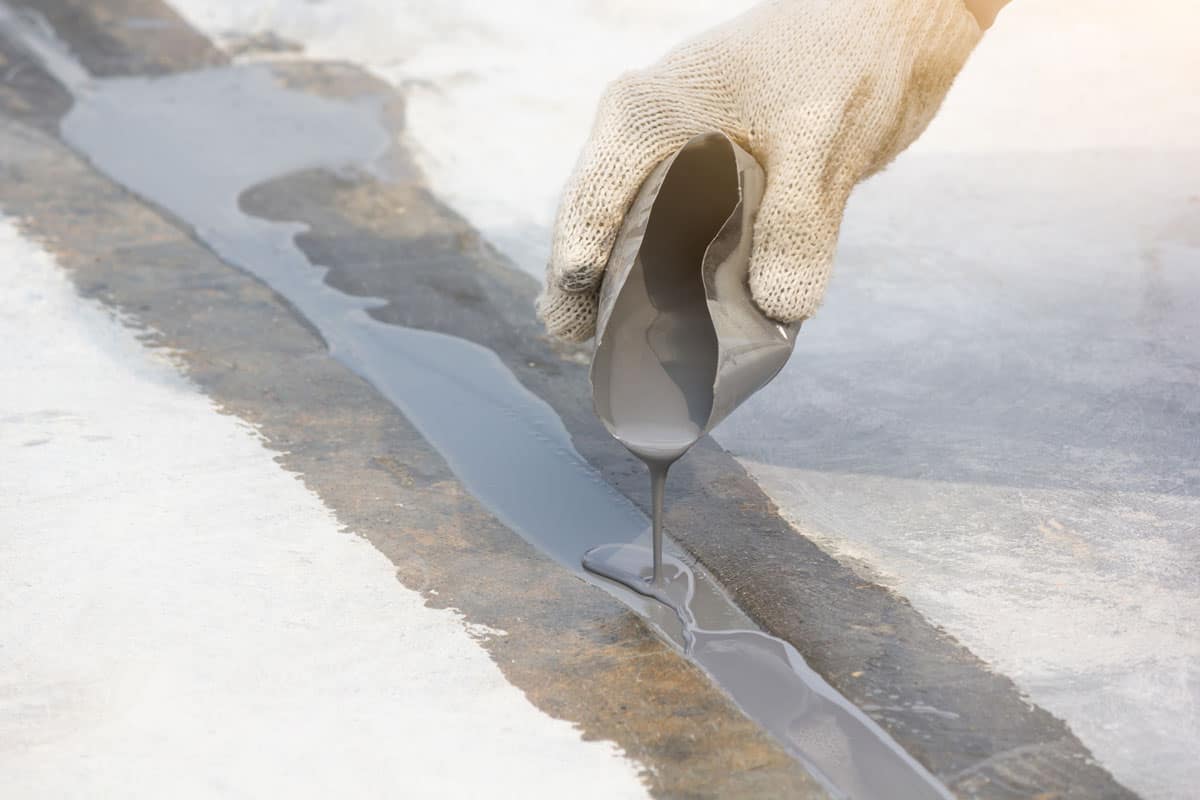 The filling is normally done with rigid materials that can end up being too hard and stiff for the concrete slab. This can result in restricting the concrete slab when it needs to expand or contract.

Caulking, on the other hand, is done with a flexible material. The flexibility of caulk gives the concrete the room it needs to expand and contract.

How to caulk concrete expansion joints?

This scrub brush is available on Amazon through this link. 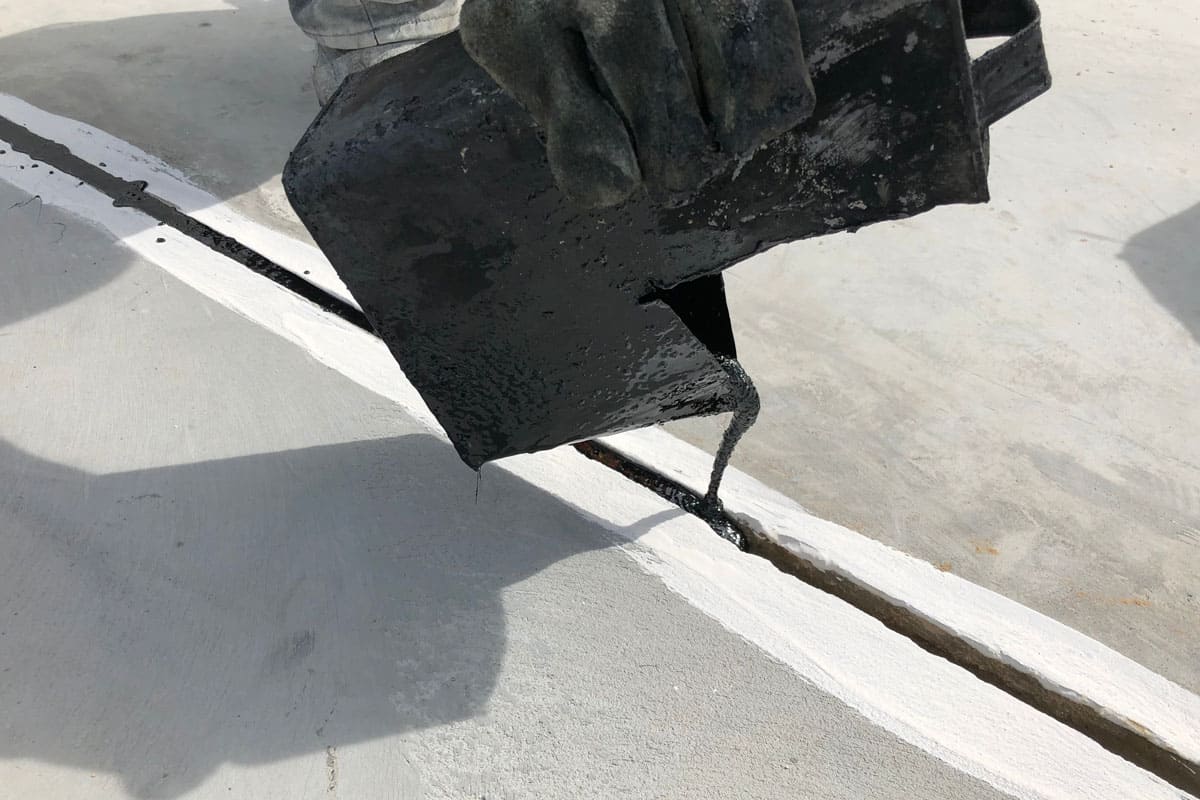 DAP sealant is available on Amazon through this link.

Silica sand is available on Amazon through this link. 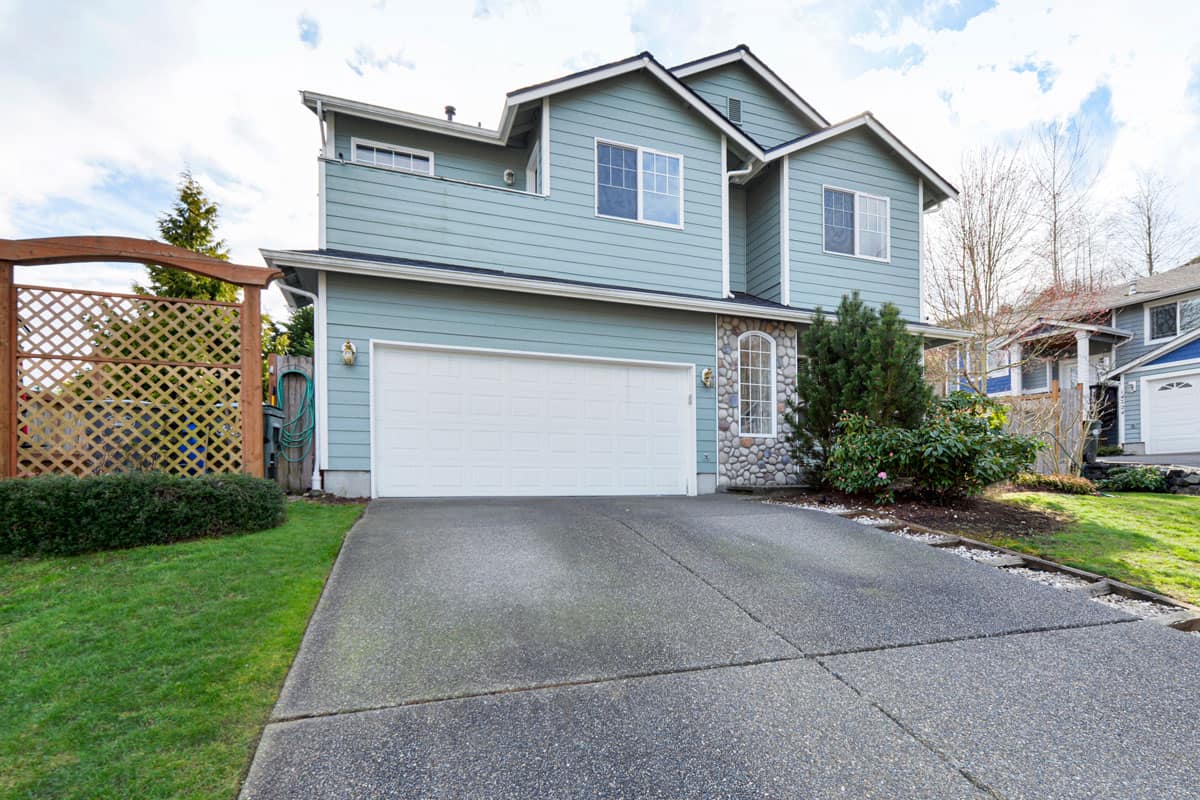 The distance between the expansion joints in your concrete should not be less than 10 feet and not more than 15 feet. Expansion joints are essential to maintaining a smooth concrete surface over time, by allowing support while shifting to reduce cracking.

If you enjoyed reading this article, you might find the articles below equally enjoyable to read:

How To Keep A Garage Door From Sticking To A Concrete Floor?

How To Install A Shower Base On Concrete Floor

5 Types Of Foundation Cracks [What Homeowners Need To Know]

Can You Put A Metal Roof Over Asphalt Shingles?

How Far Apart Should Ground Rods Be?

How To Prevent Galvanized Pipe From Rusting

Should You Have A Floor In A Greenhouse?