Most people have their shower and shower valves placed together on their bathroom walls. You may be wondering if placing the shower head and shower valve on opposite walls is going to work well with your bathroom. If so, you're on the right page because we have gathered information from experts we have consulted to answer your question.

To know more about shower valves and shower heads, keep reading to get more information. As we would explain more down this post. 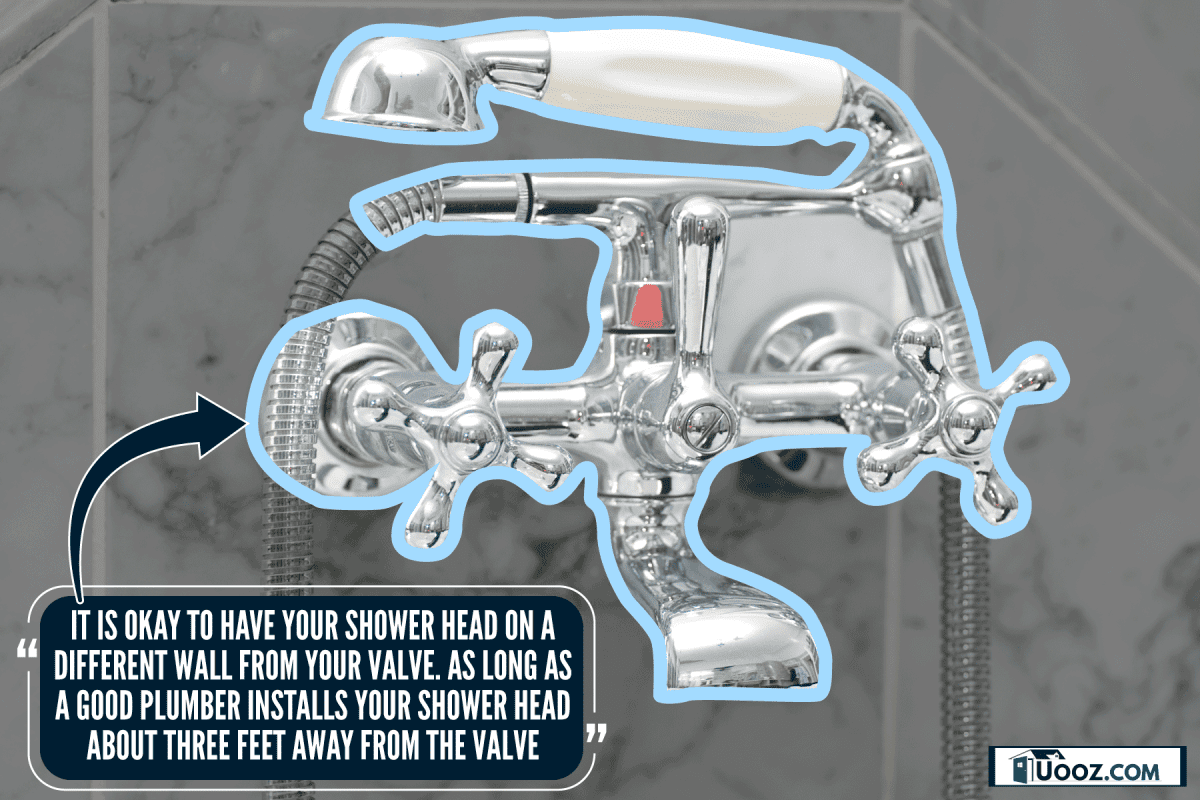 Can You Have A Shower Head And Valve On Opposite Walls?

If the controls are easily accessible from the entryway, a showerhead and valve can be placed on opposite walls. If the showerhead's valve is on the opposite wall, it's advised to make sure the water can flow there freely.

The showerhead and valve can be placed on the tub's opposing walls if the plumbing is in order. It all depends on the type of plumbing in your shower and how it is built. They should be placed on distinct walls in various circumstances. 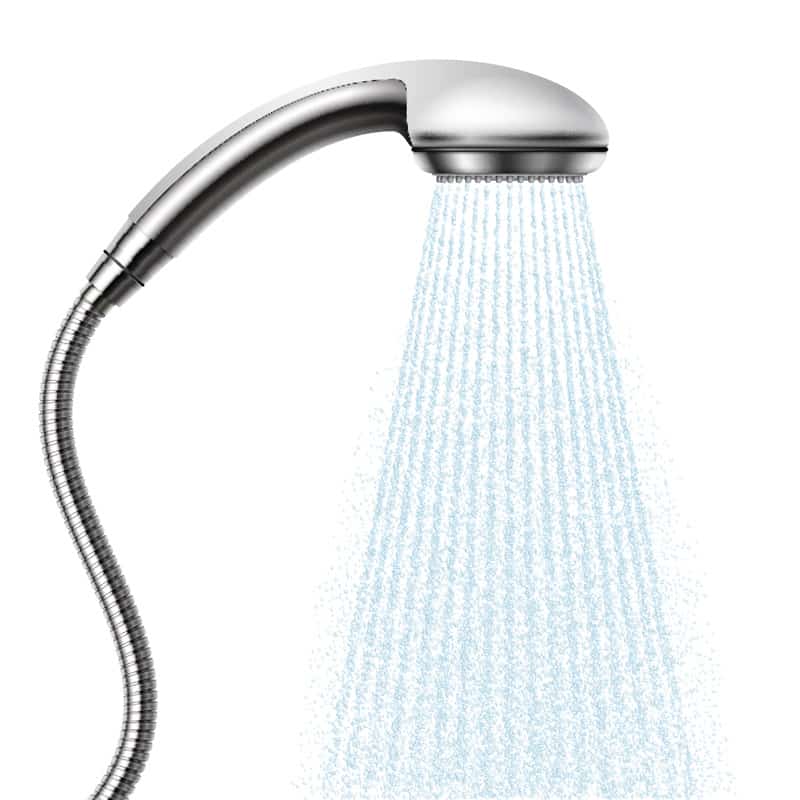 Where Should A Shower Valve Be Installed?

The appropriate height is sometimes disregarded when installing shower fixtures until it is too late. For showering convenience and comfort, the height of the shower valve is essential.

Showering can be difficult if the water pressure is too low, and it may be difficult to reach the showerheads effectively if they are set too high.

You must consider the users and the style of your showerhead when deciding where and how high to place the shower valve.

Shower valves should typically be installed between 38 and 45 inches above the ground. If you have a bathtub in your shower, the valve needs to be put in between 8 and 18 inches above the tub spout to accommodate anyone who will be seated. 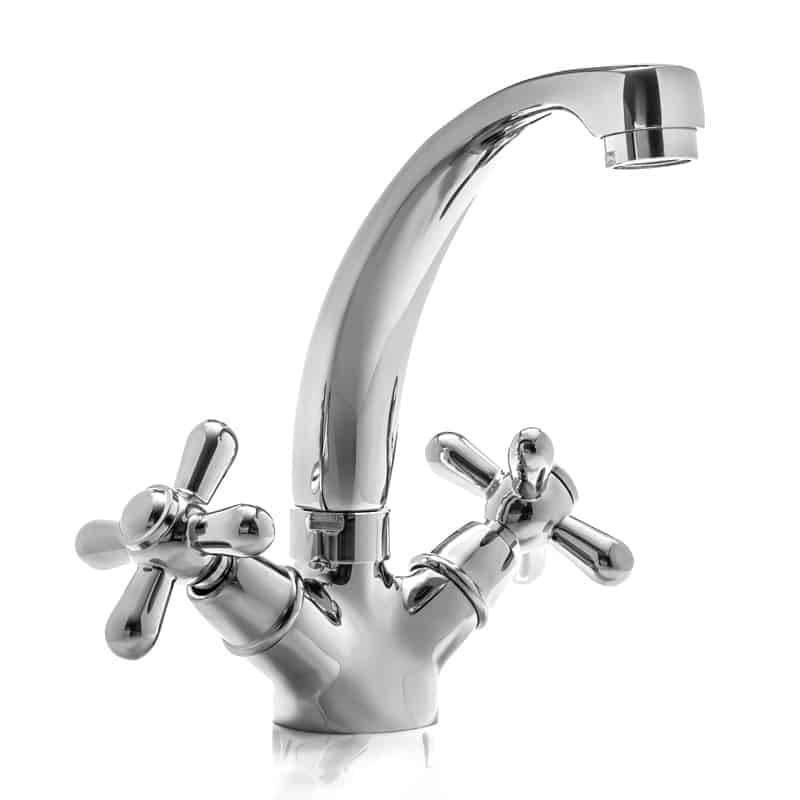 How Far Should A Shower Head Be From The Valve?

If you have a tub-shower combination, then the regulations are different and focus more on the height of the tub than the showerhead. The distance between your shower head and the valve can be measured, however, for various showers.

If the showerhead is at 80 inches, then 45 inches above the ground is a decent height. You can always position yourself exactly halfway between the showerhead and the floor to make things simpler. This means that the distance between the two would be 40 inches.

Can You Mix And Match Shower Parts?

Is it possible to mix shower components or should you only use one when designing a bathroom? This is a common question from homeowners. Well, the response is yes. You can mix and match shower components in your bathroom.

When choosing various shower components, there are some guidelines and rules to remember. Rules such as how the elements should work together harmoniously, how they should blend with textures you will use to complement the other materials in the room, and also how they will keep up with the rest of your home's style.

If you want to be sure that every faucet, valve, and trim kit you use matches exactly the look you want to accomplish, mixing shower components from several companies in a bathroom might be a terrific way to do it.

Which Side Is Shower Drain On? 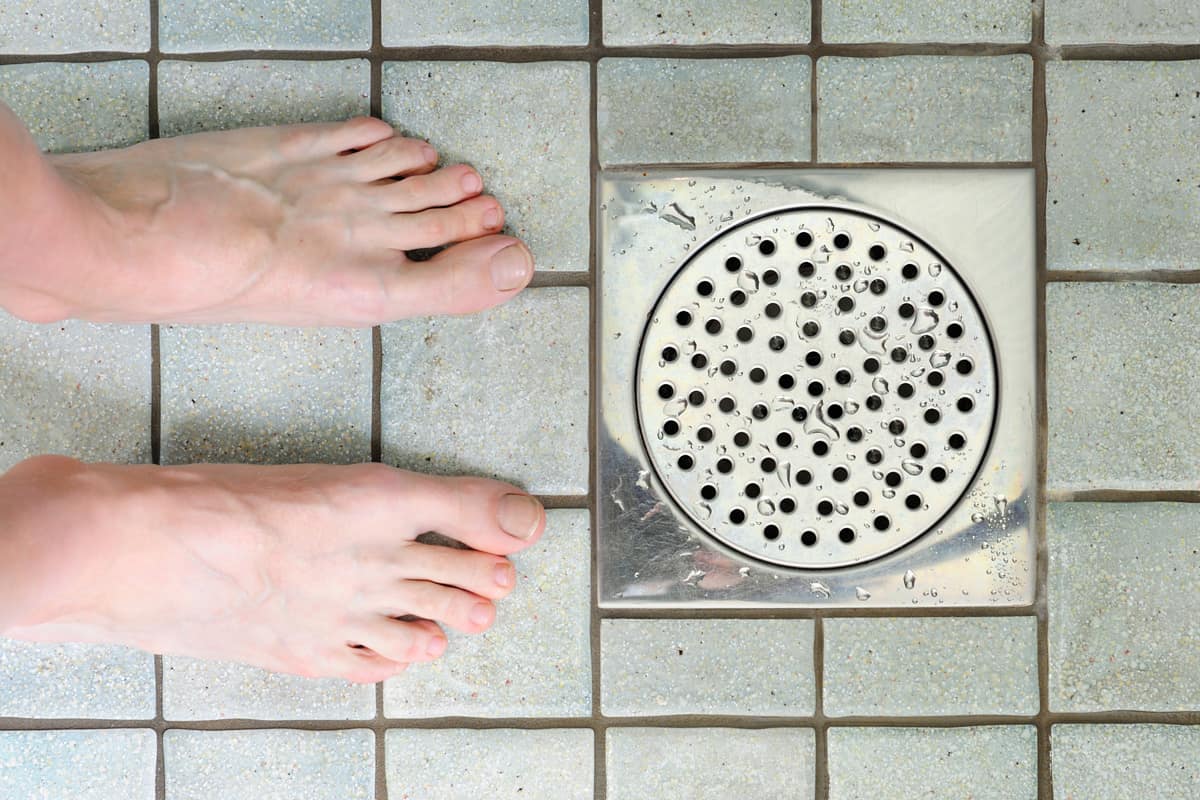 The lowest point of the shower floor is where the drain should ideally be located. In contrast to a level surface, a proper shower floor typically has a slope. Water, therefore, slopes down to the drain from all directions due to the drain's placement.

Contrary to popular belief, shower floor drains do not necessarily need to be in the center. The most crucial point is to have a slight slope leading to the drain, which can be on the other end of the shower floor or bathtub.

Additionally, you have the choice of installing a linear drain, which is slim and rectangular and has a modern aesthetic appearance.

Should Shower Valves Be Centered With Drain?

To conceal the drain, you can also position the drain beneath the bench if your shower enclosure has one. When it comes to the bathroom floor tiles, you may want to consult a knowledgeable plumber to determine the best ways to tile the area surrounding the drain to make sure that the water doesn't leak.

How High Should A Shower Valve Be Mounted?

Shower valve height is important. Tubs used to be considerably more common than showers, but now adults prefer showers over tubs and consider tubs to be luxurious.

A knob that manages water flow is a shower valve. This will regulate the shower's temperature and water pressure. The height of the shower valve from the floor should be such that both the shortest and tallest person can use it easily.

The residence as a whole, as well as the other fixtures in the bathroom, are the same. Utilizing your bathroom is difficult due to incorrect fixture heights.

Have you ever wondered how the water's path to the showerhead is made possible? A shower diverter, a component of plumbing, enables it.

If you have a bathtub and shower combination, you may change the flow of water by turning the handle of your faucet in one direction or the other. Utilizing this handle turns on the shower diverter, a valve hidden behind the wall that controls the flow of water.

Check out this shower diverter valve on Amazon 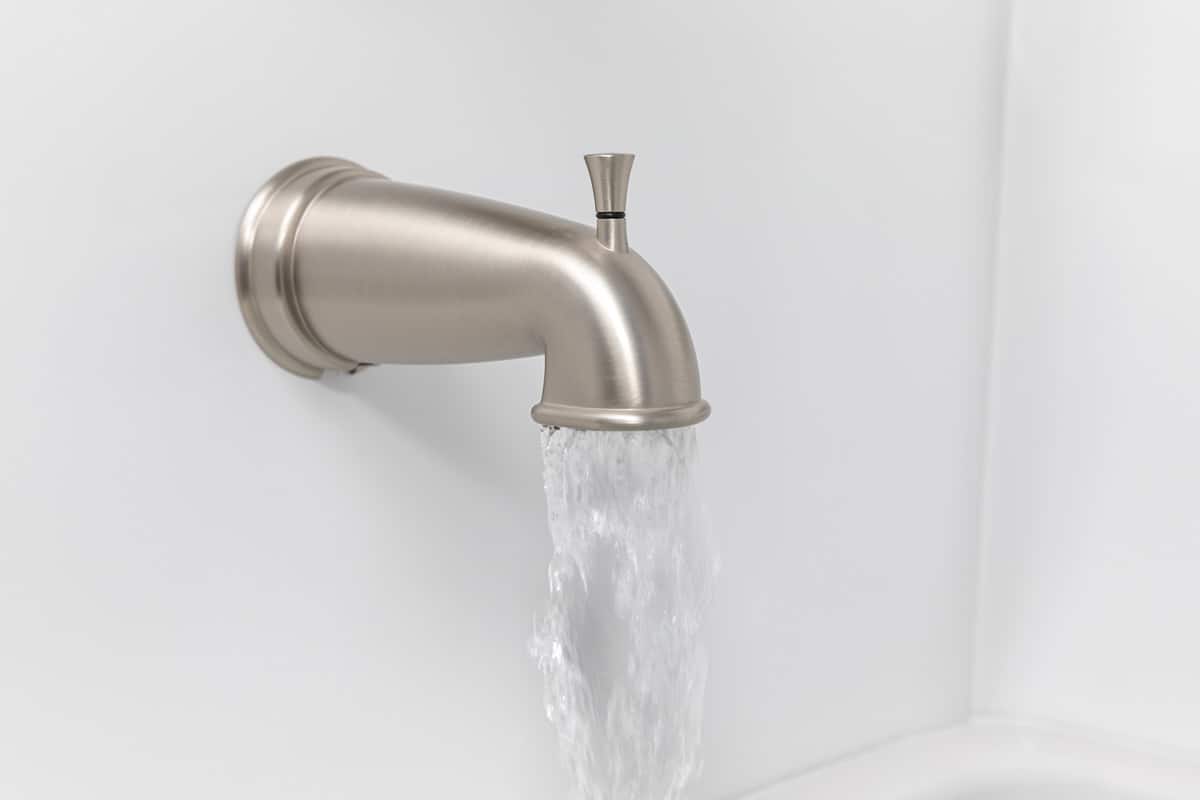 Here are the different types of shower diverters:

You'll find these when there are separate knobs for hot and cold water, To send the water to the showerhead, crank the third handle clockwise once you've found the ideal ratio of hot and cold water. After finishing your shower, turn the lever counterclockwise to send water into the tub.

The most typical kind of diverter is this one. You most likely have a T diverter if your handle rises straight up from the tub faucet. The handle opens the water flow to the tub spout when you press it downward.

Why Have A Curbless Shower?

A curbless shower is exactly what its name implies. A shower without a curb or threshold. With no distinction between the shower floor and bathroom floor, it features a continuous design. In other words, there won't be a curb or other interruption in the bathroom floor tiles as they run the entire length of the room.

Accessibility is another advantage. Even though it is typical to see showers of this type without doors, a curbless shower will be surrounded by glass. This will prevent water from spilling out without interfering with the uninterrupted flow.

By removing the curb, a tripping hazard is also removed. Already slick from rain, the tile. While getting in and out of the shower, you shouldn't additionally be concerned about stumbling over your toe.

An additional benefit of a curbless shower is that it is simpler to clean. Fewer areas for mildew and filth to collect because of the seamless design. 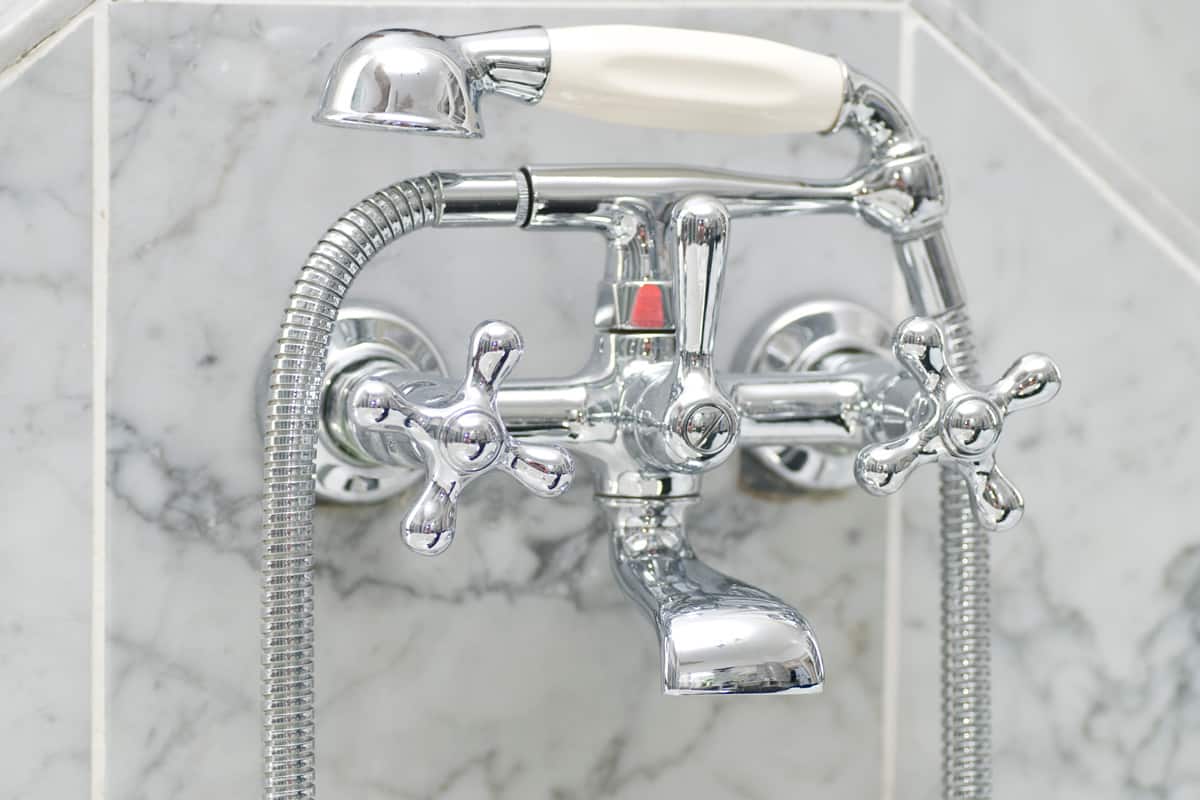 Having your shower valve and shower head on opposite walls is okay. If the showerhead's valve is on the opposite wall, it's advised to make sure the water can flow there freely. The showerhead and valve can be placed on the tub's opposing walls if the plumbing is in order.

For more on showers, read these engaging posts:

How to Remove a Pebble Shower Floor

Shower Making Loud Humming Noise - What to Do?

Can You Use Acrylic Paint On Walls [Indoor And Outdoor Applications]

PEX Sharkbite Vs. Crimp – How Do They Compare?

How Much Does It Cost To Change Carpet Stairs To Wood?

Is Wood Laminate Flooring Real Wood? Here’s what you need to know