If you've ever installed a ceiling fan, you know that the process can be time-consuming and difficult. And what can make the process even worse is turning the fan on after a painstaking installation only to notice that it's wobbling. But does a wobbly ceiling fan indicate that something is wrong, or is some amount of wobble considered normal? For your convenience, we did the research to bring you the answer.

If you still have some additional questions about wobbly ceiling fans, you're in luck. In this guide, we'll explore the topic in greater detail. We'll talk more about the acceptable tolerances for ceiling fan wobble, the danger of a wobbly ceiling fan, what causes a ceiling fan to wobble, and how to fix it. Without further ado, let's get into it! 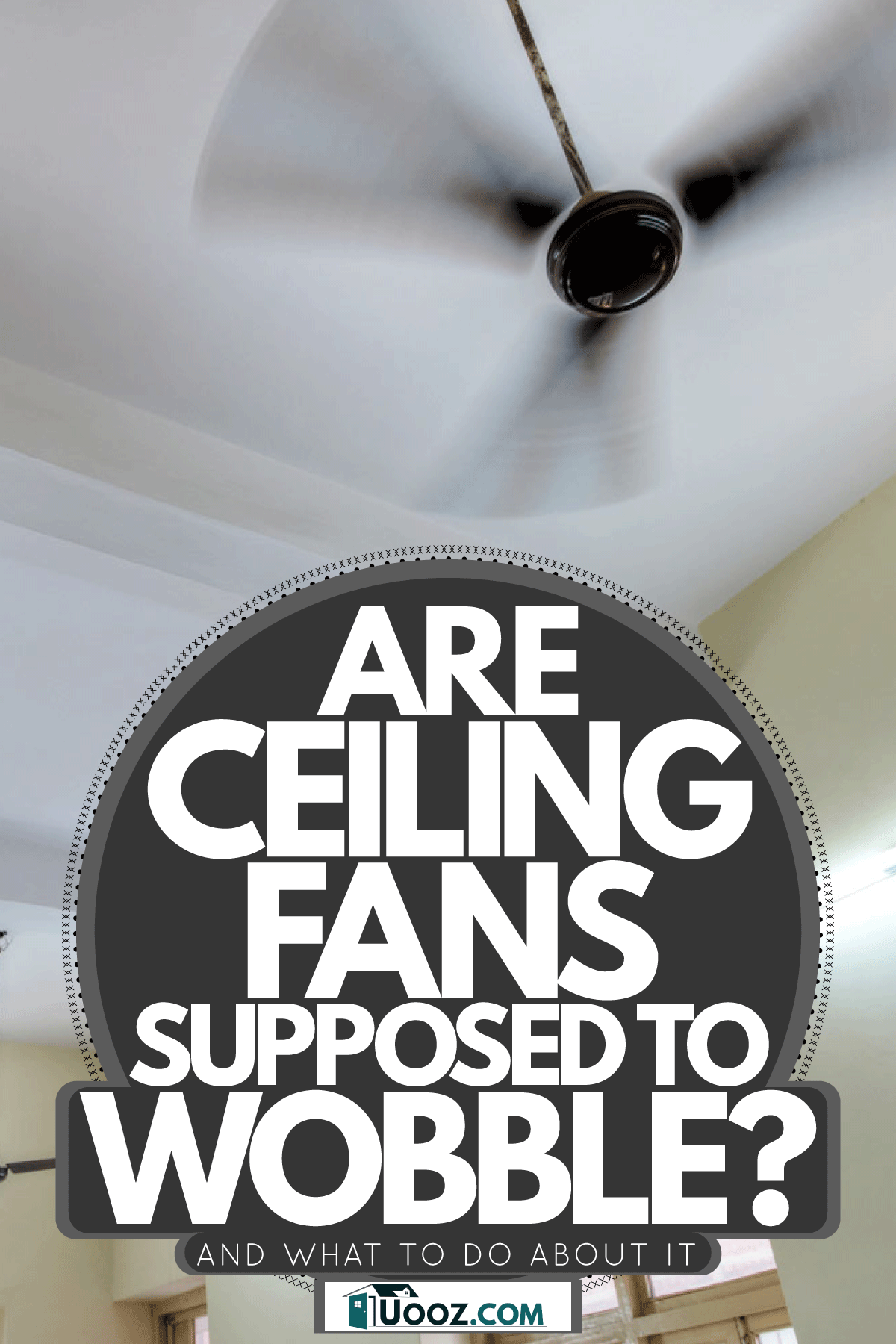 What Causes A Ceiling Fan To Wobble?

Before we discuss the problems (or malfunction conditions) that contribute to a wobbly ceiling fan, we need to discuss some of the physical forces that act on ceiling fans to better understand how malfunctions can exacerbate what would otherwise be deemed an acceptable amount of wobble. 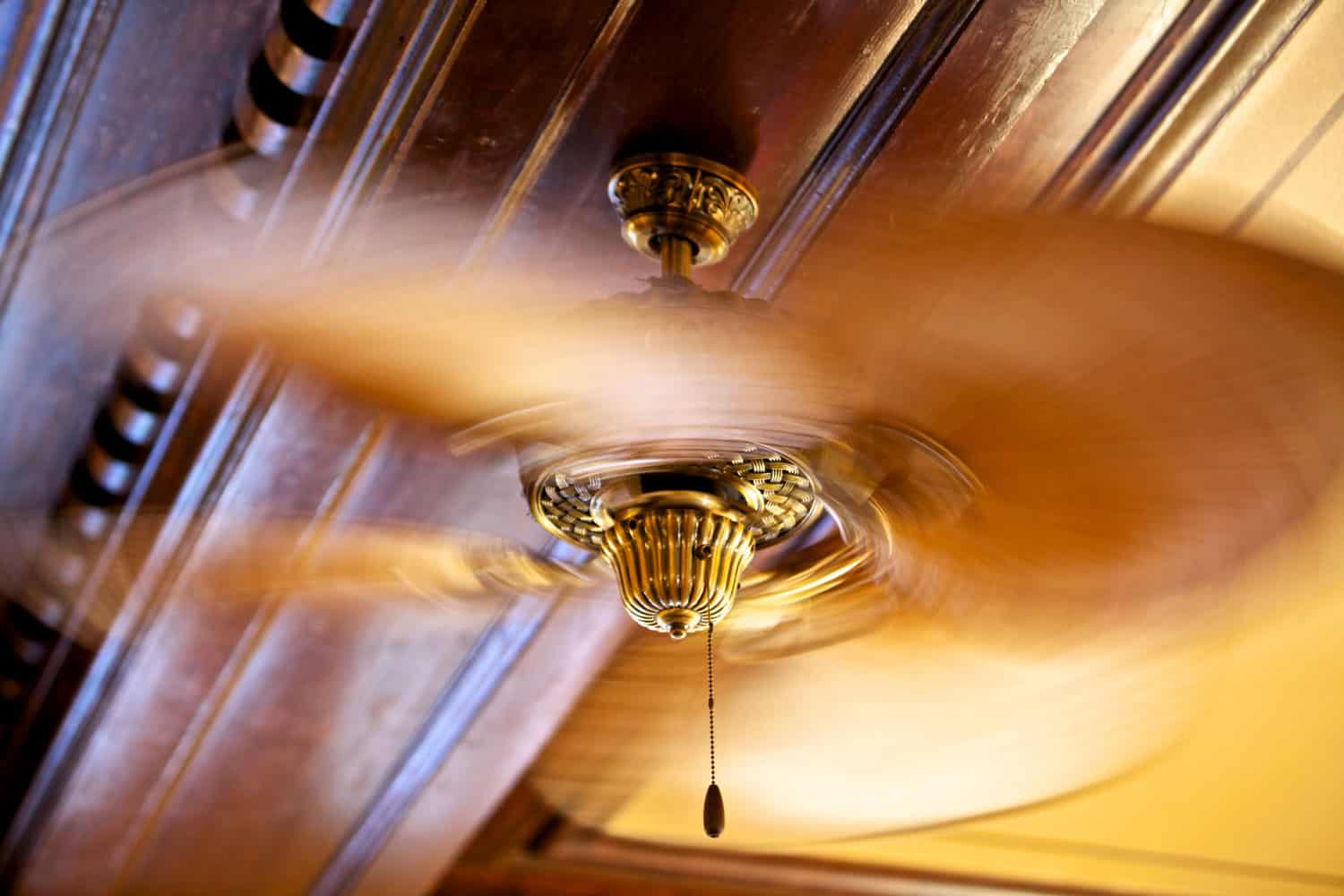 And last but certainly not least, drag also acts on ceiling fans. Simply put, drag is a force that resists an object's forward motion. Fan blades create airflow by producing lift, but the process also includes drag. The greater the angle of the blades and the greater their speed, the more inherently difficult it is for them to move through the air.

Now that you have a foundational understanding of the forces at play when you turn the fan on, it's easy to understand how minor malfunctions lead to wobble. One such malfunction is an imbalance. When the blades are imbalanced, the forces we discussed earlier will act on the blades in slightly different ways, which can have a significant effect on how smoothly the fan operates. Fans can become imbalanced from things like dust accumulation and misaligned blades.

Given the numerous forces acting on the fan blades while running, it's no wonder that even the slightest imbalance from one blade to another can cause the fan to wobble, especially at higher speeds. If one blade is heavier than the others, it will behave differently as it passes through the air, causing the fan to wobble excessively.

Blade misalignment is another significant factor that can lead to excessive wobble. It's not uncommon for fan blades to be angled slightly differently due to manufacturing errors in the blades' arms, the piece that connects the blade to the central body of the fan.

If a fan isn't properly secured during the installation process, it will undoubtedly wobble beyond normal tolerances. Simply put, if the fan isn't securely anchored into the ceiling, the different physical forces at work will have their way with the fan.

Is A Wobbling Ceiling Fan Dangerous?

There's no denying that a wobbly ceiling fan can be annoying, but it can also be dangerous.

If a ceiling fan's wobble doesn't exceed 1/8 of an inch, there is no major cause for concern. If a fan wobbles more than 1/8 of an inch, however, it could be dangerous if the culprit is insecure mounting.

What Are The Chances Of A Ceiling Fan Falling?

The cases of a ceiling fan falling are definitely few and far between, but this doesn't mean it's impossible. If the conditions are right, your ceiling fan can come loose and injure you or a loved one. If a ceiling fan is improperly anchored onto the beams above the ceiling or onto the bracket housing just below the ceiling, wobbly oscillations will eventually shake the fan loose, causing it to fall.

How Do You Fix A Wobbly Ceiling Fan? 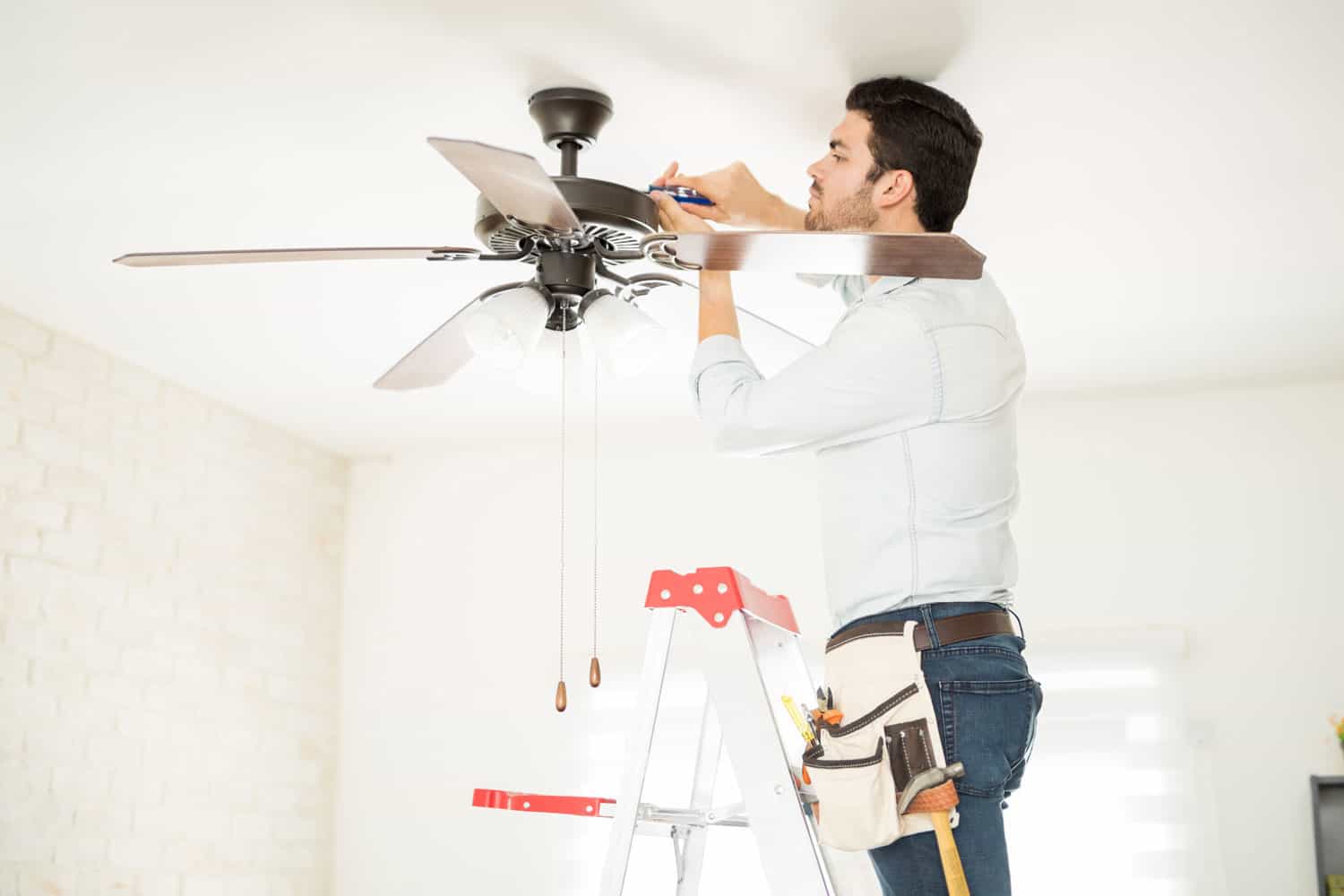 If your ceiling fan has an excessive amount of wobble, there's good news—it can be fixed. Before you attempt any serious troubleshooting, do the following:

If the fan continuous to wobble, you should continue to troubleshoot the issue. Below is a video tutorial from Home Depot on troubleshooting a wobbly ceiling fan:

We hope this guide has helped you better understand the acceptable tolerances of a wobbly ceiling fan, how to fix a wobbly ceiling fan, and the risks associated with neglecting a dangerously wobbly fan. If you notice more than 1/8 of an inch of wobble, troubleshoot the condition to avoid a potentially dangerous situation.

Before you go, be sure to check out these other guides that might be of interest to you:

How To Fix Squeaky Stairs In 5 Simple Steps

How To Install Vinyl Siding Around Windows In 11 Easy Steps

Does Metal Roofing Rust Or Fade In Color?

Should You Oil Wood Before Staining Or Varnishing?

How Deep Are House Foundations?

How To Fill Gaps Around Electrical Sockets?

How To Lay Carpet Without A Knee Kicker